Photographing Life and Beyond Captain Albert King, Chief of X-ray Service, makes a fluoroscope of a patient’s chest at the US Army Station Hospital in India.

Ambarin Afsar explores the various applications of photography in the field of science and medicine through the ages.

This story was originally published in January 2011.

The camera has captured all kinds of objects, from animals and natural elements to even inanimate objects like vases and toothpaste tubes. But do you know that in the medical realm, the camera has captured microorganisms and even human insides? The medical photographer has documented even surgical procedures in the operating theatre, forensic material, tissue slides, medical equipment and autopsy. This highly specialised genre is known as biomedical photography.

Medical photographs were more realistic than drawings and illustrations.

From Illustrations to Photographs
Drawing was incredibly important in science until the mid-19th century in the pre-photography era. Scientists involved in the study of life sciences documented what they saw with painstaking illustrations. This changed in 1840 when Alfred Donné, a French doctor, photographed sections of bones, teeth and red blood cells using an instrument called the microscope-daguerrotype.

Around the same time, British scientists like William Fox Talbot were using the same instrument to make photographs of tiny creatures like moths and fleas. But, they faced staunch resistance from the old school that preferred the minute detailing of the illustrations. When the critics saw that photography consumed less time and offered a true likeness of the subject, all debates were put to rest.

A Photographic Spark
The photographs of tiny creatures were just initial halting steps of biomedical photography. In 1851, Jules Baillarger, a French neurologist and psychiatrist, started the actual use of photography in medicine by making pictures of mentally challenged people. British doctors, too, began photographing mental patients.

Patients and their Portraits
But hand-coloured engravings continued to be used as they displayed anatomical structures more clearly than photographs did. Interestingly, early photographs lacked detail because patients posed, as if for a portrait. This, too, changed with the American Civil War (1861–1865) when photographs of only wounds and injuries were taken. However, since these pictures were too graphic, they set the ground for a few ethical practices the modern world would follow. Thus, the patient’s identity came to be protected and only his symptoms began being emphasised.

A Seal of Approval
After the initial boom of photo documenting many medical men began to publish their explorations as books and journals, which were published globally. As more and more people saw its results, the use of photography in medicine boomed.

The Dawn of a New Era
Both modern science and photography flowered in the 19th century. Scientists increasingly used the microscope and the X-ray to analyse motion and decode other secrets of the body. Eadweard Muybridge used multiple cameras to capture the motion of humans and animals. Such study, known as chronophotography, spurred researchers to further explore motion.

Biomedical photography has become a valuable tool to determine the nature of an ailment.

The X-Ray Discovery
In 1895, another path-breaking invention emerged to change the world of medical imaging. German physicist Willhem Conrad Röntgen discovered a new ray, which would go on to be called the Röntgen Ray, or the X-Ray. Nearly two weeks after his discovery, he made a photograph of his wife, Anna Bertha’s hand using the new ray. This was the first ever photograph of a human body part made using x-rays. When Anna saw the skeleton of her hand, she exclaimed, “I have seen my death!” However foreboding the X-ray was for Anna, it paved the way for the study of radiology and, consequently, more advanced methods of medical imaging.

Today, medical imaging has transcended many limitations and has become more than just a photograph. It has become a valuable tool to determine the nature of an ailment. It can help detect cancer, it can tell you why you have a toothache or knee-pain and it can even tell you how much activity is being registered from your brain, while you conduct a specific task. From Magnetic Resonance Imaging (MRIs), Computed Tomography (CT) scans and X-rays to Angiograms and Ultrasounds, medical photography has been saving thousands of lives all over the world.

Notable Uses of Biomedical Photography Through the Ages 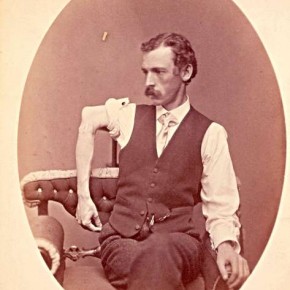 Patient Portraiture: This is a medical portrait of a British Captain who suffered an arm injury in the Civil War. 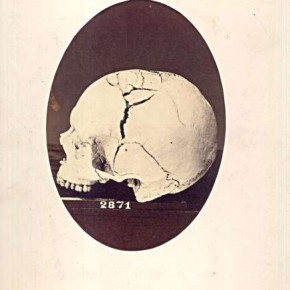 Surgical Specimens: A surgical photo of a skull which was badly shattered by a shell in the American Civil war. 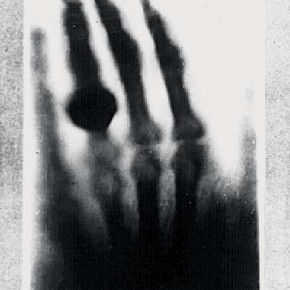 X-Rays: Made in 1895, this is a print of Willhelm Röntgen’s first X-ray of his wife’s hand. 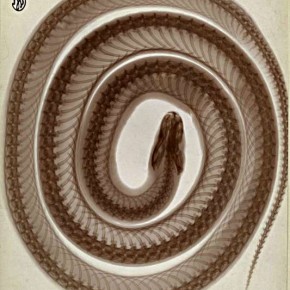 Medical Studies of Animals: This is a print of an X-ray of a rainbow snake, probably made to study the anatomical structure of the reptile. 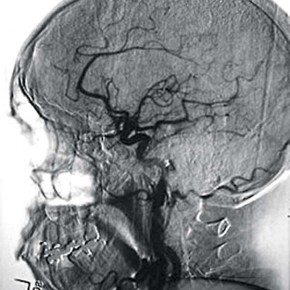 Angiograms: This is an Angiogram detailing the blood flow of the blood vessels inside a human head.