When the conditions are perfect, we can see spectacular rays of light projecting away from the setting sun. Photograph/David Evenson

David Evenson attempts to capture landscapes by putting beautiful cloud formations as the centre of attention.

The grandeur and scale of the clouds above us has always been an element of fascination for me. Over the years, I tried to photograph them at various times, but there were a number of times that the final photograph would look different from the way my eyes would perceive the scene. I was almost always disappointed with the results because I could never get the foreground and the sky and clouds in the same shot and have an exposure that did them both justice. Either the sky was exposed correctly and the foreground was far too dark, or the foreground was properly exposed and the skies where completely blown out.

I experimented a lot, but the solution to this problem came about five years ago when I started shooting RAW with the first DSLR that I bought. This opened the door to a long list of possibilities with respect to how my images were captured and processed. Over time, I tried to learn various techniques that helped me blend different exposures so that I could convey my vision. After all, technique is important only so that one can photograph exactly what they have in their mind.

My Perspective
I find that my photography is most fruitful when I photograph clouds at sunrise or towards dusk. The cloud formations are best towards the evenings, as the clouds tend to build throughout the day. I generally try to get to the location at least 30 minutes before the sun sets. This gives me enough amount of time to set up the tripod and adjust camera settings.

When I am shooting landscapes, I like to look for certain kinds of clouds such as a cumulonimbus (tall, dense clouds) or lenticular formations that tend to accentuate the depth and volume of space.

One of the best pieces of advice I have come across about shooting at dawn or dusk is to always look away from the setting or rising sun. Some of my favourite shots have come from turning around and looking at the entire sky.

The Process
To deal with the excessive contrast in the scene, I would shoot multiple RAW shots of the scene. One of these pictures would be at the metered exposure, another one would be one step above the base EV, another one step below the base and so on, until I had five or seven exposures of the same scene.

My post-processing technique has certainly evolved over the years. Initially, I would simply feed images into Photomatix (a Photoshop plugin) to create a tonemapped High Dynamic Range image. At first, this was acceptable, but as time went by, I became uncomfortable with the unnatural and oversaturated effects that are associated with HDR processing.

In the recent past, I have been using Panotool’s Enfuse, a program used to merge different exposures of the same scene. This software helps me composite an image that produces a much more natural photograph. After this, I open this photograph in a software like Photoshop and use Layers and Masking to get more detail from the various exposures, thus creating my final image. I strongly believe that the use of software should be restricted to conveying one’s vision.

Ultimately, practice ensured that I captured clouds exactly the way I wanted to, and it only gets better from here!

My Equipment: I shoot with a Nikon D300. It is useful to have a camera body that can shoot RAW and can help you bracket your exposures. I currently use the Tokina 11–16mm f/2.8. Since I shoot multiple frames, I ensure that I carry along a good tripod.

How to Shoot Stunning Cloudy Skies

To see more of David’s breathtaking images, log on to www.openedgemedia.com

This article originally appeared in the July 2011 issue of Better Photography. 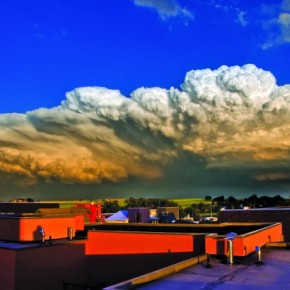 This shot of an enormous thunder cell was taken from a rooftop, just as the sun was setting behind me. Photograph/David Evenson 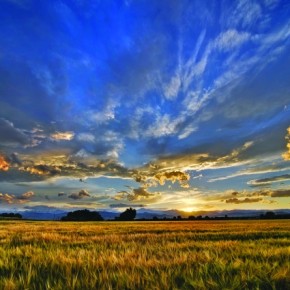 Shot during an amazing summer evening, I was able to capture the detail of the flowing grass along with a spectacular sunset. Photograph/David Evenson 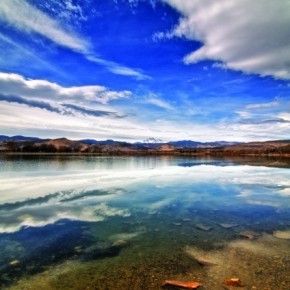 I did not plan to shoot on this day, but when I reached this lake, the water was so still that it helped me shoot a perfect reflection. Photograph/David Evenson 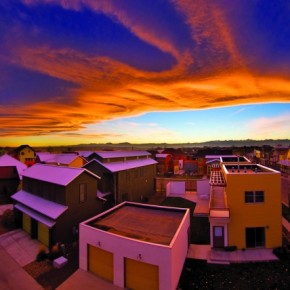 This was a brilliant sunset that I shot from my house. Exposure blending helped me capture enough detail in the foreground too. Photograph/David Evenson