Peary vs Cook: Who Reached the North Pole First? 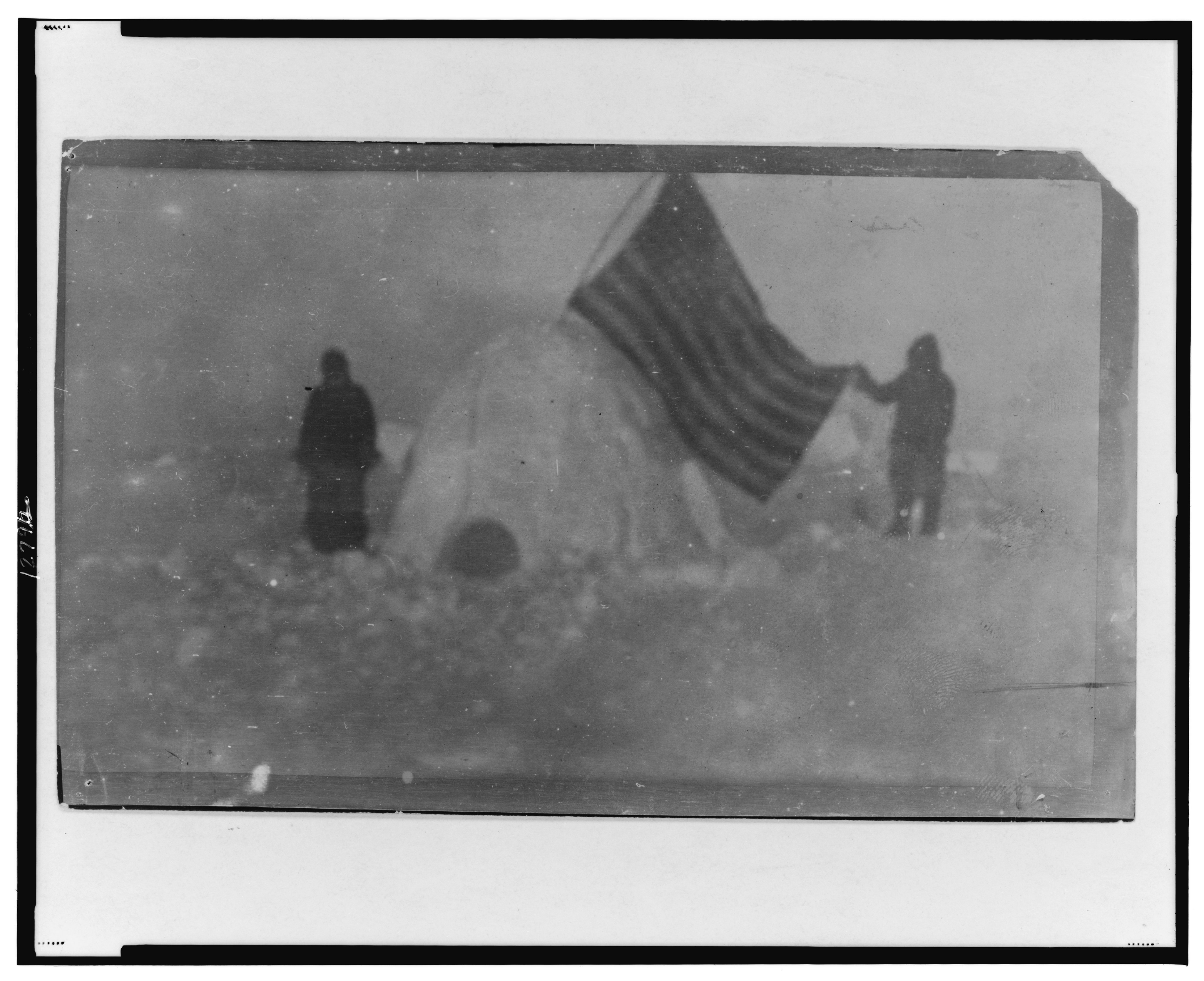 Very few discoveries in the world have been as passionately debated upon for a century as the first expedition to the North Pole. In 1909, two American explorers—Robert Edwin Peary Sr., United States Navy officer, and Frederick Albert Cook, physician and ethnographer—emerged from the Arctic, a few days apart. They both claimed to have reached the North Pole before the other. In September 1909, two front-page articles were published in prominent newspapers discussing the discovery. The New York Times supported Peary’s claim and the New York Herald backed Cook. Incidentally, the image above depicts two of Cook’s team members with the U.S. flag at the expedition campsite, near the North Pole.

So, how did this confusion arise? The North Pole sits in the middle of the Arctic Ocean, on water. It is always covered with ice that moves constantly, making it difficult to locate. Besides Cook and Peary, nobody from their team could read directions to confirm their positions either. Following their return, the two former colleagues (Cook had worked for Peary for a short period but left due to their differences) started a fierce battle for the polar prize. “But neither man was willing to admit failure. So much was at stake,’’ said Robert M Bryce, historical researcher and author of The Lost Polar Notebook of Dr. Frederick A Cook. Eventually, Peary’s story was widely accepted because of two reasons—he was sponsored by the National Geographic Society and The New York Times, and Cook’s damaged reputation following his use of fake photographs to corroborate his claim that he scaled Mt. McKinley in 1906. However, the controversy didn’t end there.

In 1988, a re-examination of Peary’s records commissioned by the National Geographic Society concluded that he came as close as eight kilometers to the pole. Today, the credit goes to Norwegian explorer Roald Amundsen (who is also known to have reached the South Pole first) for reaching the North Pole in 1926 via an airship, and Ralph Plaisted, an American explorer, who used snowmobiles to reach the North Pole by land in 1968.

This article originally appeared in the June 2020 issue of Better Photography.