I shot this just after sunset by moving the camera horizontally. The blue colouring is from shooting with the ‘wrong’ colour balance. Exposure: 1sec at f/14 (ISO 50). Photograph/Chris Friel

Chris Friel puts aside the ‘everything-must-look-sharp’ rule and experiments with long exposures while capturing landscapes.

Most photographers since Ansel Adams, have been obsessed with keeping everything in the frame in perfect focus. However, I try to leave a little more to imagination. People like the Russian photographer Alexey Titarenko, who have spent years trying to photograph the world in a unique way, inspire me. Titarenko creates long exposures in which humans appear fragile, insubstantial and ghost-like against solid backdrops of streets and cityscapes. In my series, I have attempted to keep isolated elements sharp, while other elements in the frame are simplified by a motion blur.

My Perspective
The series is an ongoing experiment with colour images. I spent ten years working as a painter, and bought a camera only three years ago to document some of my paintings. Being red/green colour blind, I only shot black and white images until recently. I was concerned about getting the colours right; however, I finally realised that maybe one does not need to be too concerned with colour realism. These are my experiments with colour, and I hope to keep improving on this.

The Process
I chose landscapes, because I feel that the geometric shapes inherent in a landscape will work rather well with my perspective. Also, I look for subjects with a strong contrast or form, since they work well as compositions. I use camera movements to accentuate the shapes already present in the frame. Camera movements can also help create gradual gradients. By using low saturation or by desaturating my images, I create stark, gritty contrasts. I look for isolated subjects and then use long exposures to simplify the rest of the image.

The process is an ongoing learning curve for me. The shots featured here are handheld exposures of about 1 second each. The camera was set to maximum saturation and contrast. Also, I experimented with a variety of colour balances. I find it best to leave the camera over the subject for half of the exposure time and then move it around. Most of these shots were taken around sunset, this winter. So, my overriding memory is that of the cold and being unable to feel my hands.

I hate sitting in front of the computer, so I tend to do minimal post processing. Despite what everyone advises, I shoot in JPEG instead of the RAW format. Generally, my editing involves using Adobe Lightroom in which I just increase the contrast or change the colour balance slightly. I do not use textures or any other sort of post-processing and would not even know how to use layers in Photoshop.

My early figurative paintings were actually based on other people’s photos, which I enlarged and reworked using paints. Ten years later, I guess I am just trying to achieve similar end results without using paint. I find myself continuously searching for the photo that I will be happy with.

My Equipment: I use a Canon EOS 5D Mark II with Canon 24mm and 45mm tilt-shift lenses. However, it is the 45mm that mostly stays on the camera. Even a compact camera can achieve similar results!

You can see more of Chris’s images at www.flickr.com/photos/cfriel/ 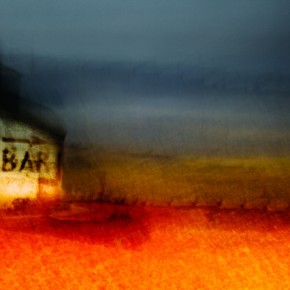 This was taken at a bar down the beach from where I live. I was trying to keep the lettering sharp while simplifying the rest of the frame. Exposure: 1sec at f/14 (ISO 50). Photograph/Chris Friel 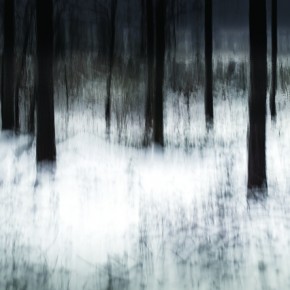 In this low saturated image, the camera movement was used to accentuate the vertical geometry of the trees. Exposure: 1/4sec at f/5.6 (ISO 100). Photograph/Chris Friel 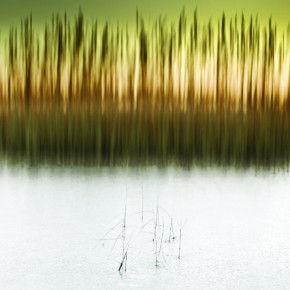 This was taken on a nearby river, which had frozen overnight. The camera movement was to accentuate the vertical reed patterns. Exposure: 1/25sec at f/3.5 (ISO 100). Photograph/Chris Friel 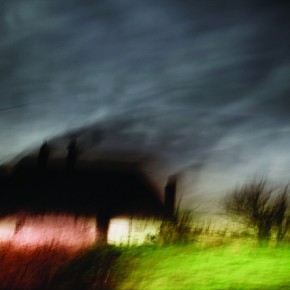 This image belongs to a series I did on houses. I liked the isolated white house in the field. The camera movement was an attempt to simplify the scene further. Exposure: 1sec at f/20 (ISO 50). Photograph/Chris Friel