Kyun Perfect use of space can make your images look fascinating. Ambarin Afsar shows you how to decode the mystery of these vast spaces and find out how each of them can affect your images.

Background? Check! Main Subject? Check! Frame? Check! Once you have all the essential elements in place, then what do you do? Well, you create some breathing space. You might ask how do you create or utilise space in a still image? Firstly, it is important to understand that all the area surrounding the main subject acts as space for the subject to move into, move out of or even perform a certain action within. Imagine a dancer performing a very graceful dance. Now if the dancer had no place to move or remained only in one part of the stage, would you still find the choreography interesting?

Similarly, in a still photograph, stationary as well as moving subjects need more space to look and move into. Once you understand how these elements interact with each other, you can use them to make perfectly balanced compositions.

Be Negative or Positive!
Regardless of whether your main subject is a bird, a flower, a person, a tree or even a rock, the space it occupies is known as positive space. Conversely, all the space around the main subject is considered to be negative space.

Also, the space that is visible through the gaps in the main subject—it could be through the nook of someone’s arm, through wire grilles, windows or even doors—also makes up negative space. Imagine that you are making a picture of a tree branch with a blue sky in the background. If you look at the pattern formed by the interweaving branches, you see that the blue sky plays an important role as it fills in the empty gaps.

Convey Shapes and Forms
If there were no outlines to help us, then how would we discern what a particular object looks like? Everything would simply merge seamlessly with all the other elements. However, the boundary or the outline provided by negative space, helps us perceive the shape and form of the main subject in the frame. You can use this unique quality of negative space, to convey the shapes and forms of various elements. For example, rocks on the shore of a water body seem smooth and evenly rounded when softly flowing water frames their edges, making them look like sleek contours.

Create a Sense of Balance
You need to achieve some sort of balance between positive and negative space in your images to make them hit bullseye. In an image that has more negative space than positive space, immediate attention is drawn to the background. This helps convey a sense of place to the viewer. For instance, in an image of a flamingo surrounded by the deep blue of a lake, the water conveys the habitat of the creature.

However, sometimes, you might want to fill the frame with positive space leaving little to no negative space. When the frame is filled with a flower or the face of a person, positive space dominates the frame.

To restore balance in such an image, you need to create a point of interest. In an extreme close-up of a person’s face, you can ensure that an emotion is exhibited—excitement, mischief, concern or disappointment. This emotion could be conveyed through a toothy grin or puffy cheeks. Alternatively, you could use shallow depth-of-field and focus only one aspect of the person’s face, such as their eyes, hair or even their smile.

Creating Uncluttered Compositions
Busy frames seem disturbing and can make for uncomfortable viewing. However, when a frame is uncluttered, the viewer’s eye knows where to look.
A simple way to achieve clean compositions is to use more negative space than positive space. To understand this, consider the image of a person standing on a beach. It would look a lot better if there was a large expanse of sand behind him or in front of him.

Blurring the Lines Between Spaces
The clear distinction between negative space and positive space can be blurred when a subject is in motion such as a runner sprinting on a race track or a bird flapping its wings in the sky. Instead of freezing the bird or the runner, if you use a slow shutterspeed like 1/20sec or lower, the subject will turn into a blur.

When the main subject is blurred, then positive space gradually merges with the negative space. If employed well, then this technique of merging or blurring the lines between the distinctive spaces can give you stunning pictures.

Positive and negative space are integral compositional rules. However, you do not need to compulsorily adhere to them while composing your photographs. Sometimes, a frame might intuitively look good to you. In such a situation, you simply need to release the shutter without thinking too much about the rules that you are following or breaking. Remember that the secret to making winning pictures is understanding a concept and taking it to unseen levels.

This article originally appeared in the October 2010 issue of Better Photography. 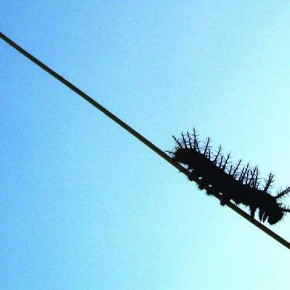 The boundary or the outline provided by negative space of the sky, helps the viewer perceive the shape and form of the tiny caterpillar crawling down a stalk. Photograpgh/Lokeshwar Kumar 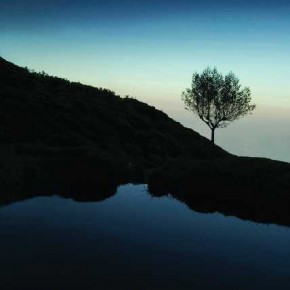 This image exhibits how excess negative space can create a sense of isolation and loneliness. Photograph/Sakthi 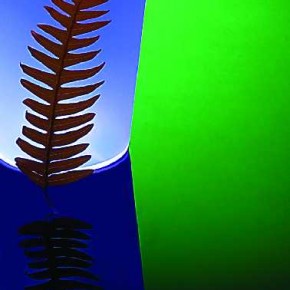 Still life photographs can also benefit from the clever use of negative space to create strongly graphic images. Photograph/Sakthi 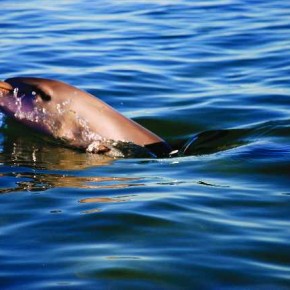 In this image, the dead space behind the dolphin is made more interesting because of the splash of water and the wake left by the creature. Photograph/Zabi Ulla 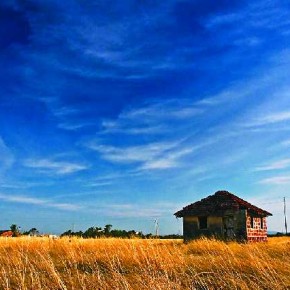 An uncluttered, clean frame is a pleasure to look at and can easily be achieved by using a vast expanse of negative space. Photograph/Gaurav Patil 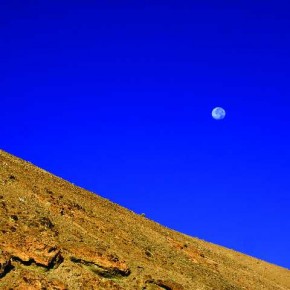 The ridges of the mountain slope and the smooth circular shape of the moon are made evident due to the outline provided by the deep blue sky. Photograph/Sindhur Reddy 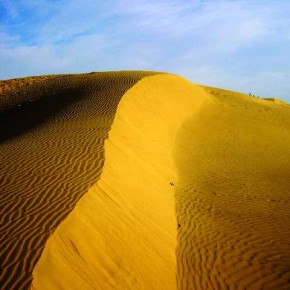 In this image, the positive space occupied by the sand dune dominates the frame and fills up the field of view, making the viewer look up towards the slope of the dune. Photograph/Sushant Verma