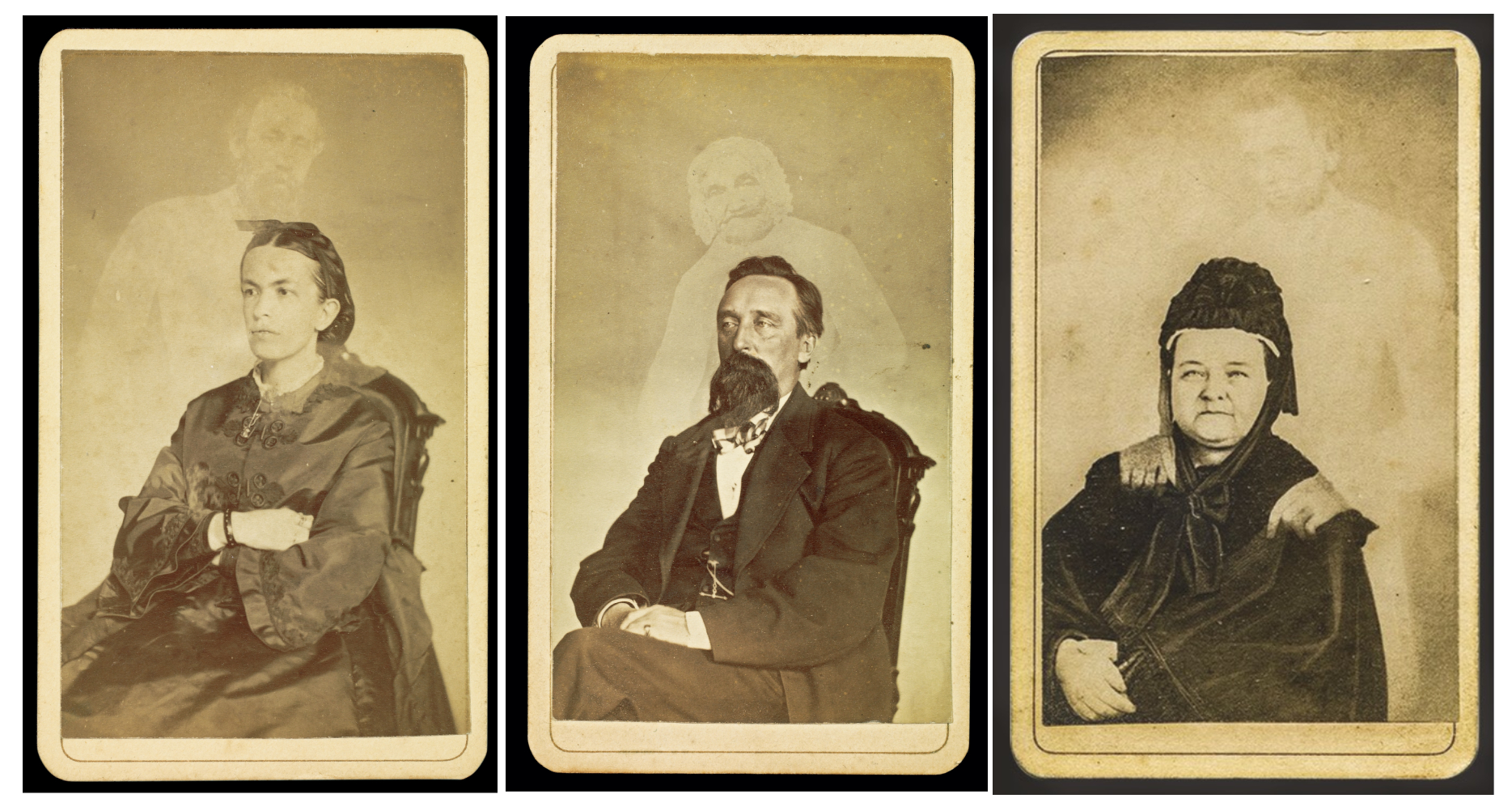 The belief in the enduring nature of spirits, particularly that of the deceased is centuries old. But it was the invention of the camera in the 1800s that cemented the belief through the
creation a new genre called spirit photography (in the early 1860s). The man who popularised it was William H Mumler, who at the time, recognised the monetary gains to be made from photographs of this variety. Mumler was originally a jewellery engraver in Boston, and practiced photography as a hobby. On one occasion, while he was making a self-portrait, he is said to have discovered a ghostly figure, that of a girl (who he claimed was his deceased cousin), in the photograph he had created. News of this spread quickly amongst the thriving spiritualist community in the city, thus turning Mumler’s hobby into a full-fledged business.

As much as people were enthralled by Mumler’s specialty, there were also those who were suspicious of him. Several ‘investigators’ visited his studio, to only return convinced of his methods. Emboldened by this, Mumler began a mail-order service where customers could send a description of the ‘spirit’ they wanted to see, along with a fee of USD 7 and 50 cents, a high sum for the time. All was well until a visitor to his studio identified one of the spirits in the photograph as his wife. The only problem was that his wife was still alive.

This unsavoury disclosure tarnished Mumler’s reputation in Boston, and eventually he moved to New York (1868), where he setup business again. However, in the following year, he was charged with fraud and larceny, and was put on trial. Mumler denied all allegations and maintained that his work was authentic. Fortunately for him, the prosecution could not prove how he had fabricated the photographs, and so, he was absolved of all charges.

But, the seeds of doubt were firmly sown. After returning to Boston, he gave up spirit photography, but couldn’t resist making one last picture for an important client who came to him in 1872. The portrait he made was that of Mary Todd Lincoln (the thrid photograph), and over her shoulders stood Abraham Lincoln, ghostly in appearance, with two hands gently resting on her shoulders. The picture was made seven years after he was assassinated. To date, no one knows how Mumler created his photographs, and neither did he reveal his process. It was alleged that he broke into people’s homes and stole pictures of their dead relatives, but it was never proven.

This article originally appeared in the June 2018 issue of Better Photography.