The Magic of Rangefinders

The Leica M3 was one of the most popular rangefinder cameras ever, with over 2,25,000 units sold till 1966. All images from Wikimedia Commons

Meher Manda tells you about the popular rangefinder cameras in the last century and their journey across time.

Several mirrorless digital cameras today, like the Fujifilm X100, the Nikon V1, or the Olympus PEN E-P3 have inherited the basic form factor of classic rangefinder cameras. The invention of the SLR brought many technological advantages in its wake. Yet, serious users find the smaller, stronger build, simpler ergonomics, quieter shutter and the spartan feel of a rangefinder far more enjoyable and fulfilling than the latest DSLR.
On the other hand, many new users like the older designs simply because of their classic visual appeal. Despite all this, the very first rangefinders were invented as a solution to a practical shooting problem.

The humble rangefinder gave birth to the popular AF technology of today.

The Need for Focus
When you shoot, you obviously need to focus if you want the image to be sharp. Before rangefinder cameras came into being, the glass film plates were so large that the cameras and their stands needed to be carried on horses.
These cameras used bellows to shift the lens back and forth to achieve focus on a fine ground glass, on which the image was resolved. A dark cloth needed to be used to see the image on the ground glass clearly, especially outdoors. Once the subject was in focus, the photographer had to replace the ground glass with the film, and then make the exposure.
As films improved and became smaller, so did the cameras. For cameras to become conveniently handheld, the ground glass technique of focusing needed to be abandoned and a new, quicker and more accurate focusing method was required.
Thus, the rangefinder, a highly accurate distance measurement device (which was already being used in cartography and weaponry) came to be used.

How Rangefinders Work
Essentially, rangefinders have two subject viewing lenses set in two different windows, roughly at a distance that mimics our eyes. The two images produced by these lenses overlaps within a single viewfinder using a mirror/prism assembly within the rangefinder. By rotating a dial which shifted the mirror and prism, the two images can be perfectly overlaid on each other to find the distance between the subject and the viewer. Once the distance is known, it can be set on the lens. With later models, this same viewfinding system was built into the camera so that simply rotating the focus ring on the lens enabled rangefinder to overlay images to achieve perfectly focus.

The Era of the Rangefinder
With the introduction of the 3A Kodak Autographic Special in 1916, the world was introduced to the concept of accurate focusing in a compact, affordable body. A decade later, Leica created history with their rangefinder designs. Accuracy in focus was coupled with extremely good optics. They were also small, ruggedly built, and speedy to use. They became the camera of choice for professionals. Classic Leica designs are copied even today by other camera companies for their digital cameras. Camera companies like Contax, Canon, Konica, Olympus, Nikon, Minolta and Rollei followed with excellent cameras, marking a golden age for rangefinders from the 1940s to the 1960s. They went on to be regularly used in photojournalism, street, and architectural photography.

Their Glamour Quotient
Renowned street photographer Henri Cartier-Bresson was always known to use a Leica rangefinder, and so were many photographers like him. Famed painter Pablo Picasso, apart from painting, possessed a love for photography, and had a FED-2. Even Queen Elizabeth II was known to never venture outside without her Rollei 35. Rangefinders also found countless references in movies and pop culture. Today, owning a Leica rangefinder is a matter of prestige.

Changing Times
The biggest shortcoming of rangefinders was that the viewfinder did not show what lenses of different focal lengths were seeing. SLRs became more popular in the 1960s even as through-the-lens viewing became more preferable. With their varied lenses, longer focal lengths, and decreased sizes, they soon started replacing rangefinders.
Even today, senior photographers often prefer the clean lines and great ergonomics of the rangefinder. The charm of rangefinder camera will always find its takers, thanks to its simplistic appeal.

This article originally appeared in the October 2012 issue of Better Photography.

Some of the Most Remarkable Rangefinder Cameras over the Years

Leica M Monochrom (2012): This camera is the latest rangefinder digital camera to be introduced by Leica. Interestingly enough, it is the world’s first 35mm full-frame camera that shoots only in black and white. It is a version of the famous Leica M9 digital camera.

Voigtländer Bessa R2 (2002): This 35mm rangefinder was a huge improvement from its Bessa predecessors. Introduced by Cosina in 2002, it was coupled with the Leica M mount instead of the older screw mount in a much more compact structure.

Hasselblad XPan (1998): The XPan was introduced at the photokina exposition in Germany in 1998. It provided a panoramic image on regular 35mm film. It still remains one of the most convenient panoramic film cameras to ever be manufactured. 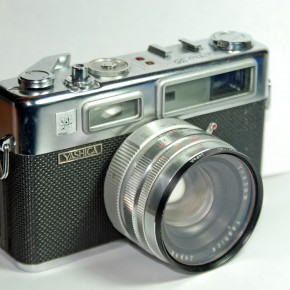 Yashica Electro 35 (1966): The Electro 35 was one of the most popular cameras in the 1960s and sold a large number worldwide. It was an Aperture Priority camera with a silent shutter. Known as the first electronically controlled camera, its low price ensured its wide usage. 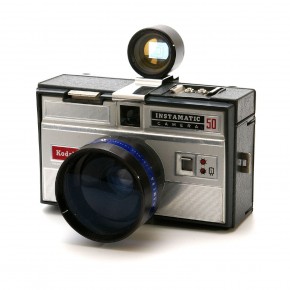 Kodak Instamatic 50 (1963): This is the first Instamatic rangefinder ever to be marketed. Its popularity led to several successive models of the Instamatic. With its vintage appeal, it found a rather large following among the younger generation of photographers, during that time. 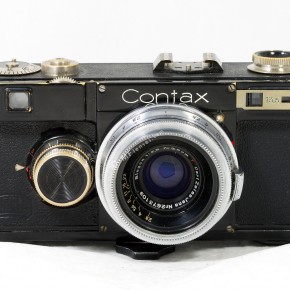 Contax 1 (1932): The Contax 1 was a 35mm rangefinder camera made by Zeiss Ikon to compete with Leica. Though it boasted a lower price and a better rangefinder system, it was much heavier in weight. There were several iterations of this rangefinder model. 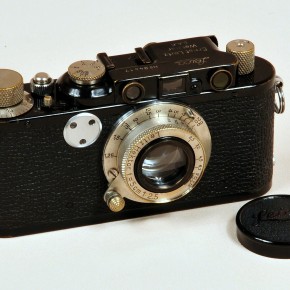 Leica II (1932): The Leica II was the first 35mm Leica camera with a built-in rangefinder. Although it was originally introduced as Leica A in 1929, it was sent back to the factory only to be upgraded with a rangefinder and interchangeable lens capability 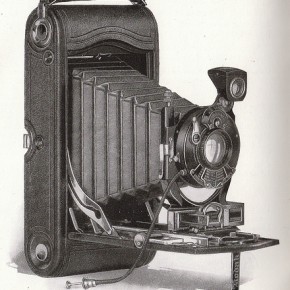 3A Kodak Autographic special (1916): This is one of the most historic cameras in the photography timeline. This folding camera was marketed as the first camera to have been coupled with a rangefinder device. It set the ball rolling for other companies to come up with newer cameras.