The sinuous, meandering curves of the waves lead the eye directly to the figure standing on the shore. Photograph/Nilesh J Bhange

Having just the ideal lead character might not always work. Ambarin Afsar lists some ways in which you can learn how to bait, entice and lure viewers into your images with attractive elements.

Some might consider the song and dance routine in movies to be a little strange or even hilarious. However, catchy tunes and slick promos instantly attract audiences to the cinema halls. So, how do you lure viewers into your photographs? Well, it only involves considering the possibilities that can make a photograph look more attractive. Imagine that your main subect is a brilliantly lit city at night. Now, would a simple cityscape taken from a distance convey the spirit of the city accurately? Perhaps, streaking trails of light made by traffic would be more effective in conveying the hustle and bustle of city life. In this manner, if you make it a practice to consider the elements that enhance your frame, you will have the viewer’s attention exactly where you want it. Here are a few pointers to get you started on discovering the right bait to lure your viewers.

Apply the Magic of Motion
If you see something moving out of the corner of your eye, it immediately catches your attention and you turn to look at the source. Similarly, when someone spots movement in a frame, he cannot help but be rivetted. Objects in motion can be quite hypnotic, mainly because it seems a little incredible to capture a moving object in a still image. Also, movement can communicate mood. Trees rustling in the wind suggest serenity; while throngs of people at a busy city crossing imply hurried activity. Now, you can either freeze them by using a fast enough shutterspeed like 1/250sec or you can use blurs to convey motion. A slow shutterspeed of anything less than 1/20sec will result in an attractive motion blur of that running child, galloping horse, rushing train or speeding motorbike.

Use the Direction of the Subject
When your friend points at something, your immediate response is to turn to look at it as well. Similarly, when the lead character in the frame is looking in a specific direction, the viewer’s gaze follows the same. In a picture of a child pressed against the glass display of a cake store, his gaze would eventually make the viewer follow his line of sight and look at the array of pastries. Thus, the frame would quietly convey the fascination and hunger of the child. A person looking towards a sunset at a seashore, would make the viewer look at the blazing sunset as well.

Understand the Interaction Between Subjects
The manner in which two elements interact or come in contact with each other can speak volumes about the frame you are trying to convey. A ball lying in an empty field near a muddy goalpost can reinforce the idea of a finished game or even abandoned school playgrounds during vacations. A crowd of people getting into a train can emphasise the state of public transport during rush hour. A clothesline swaying in the wind against an overcast sky can dramatically convey the idea of a storm.

Employ Dramatic Lines
Just as an underlined word immediately catches your attention, the use of a line or a curve in the frame guides the eye towards the main subject. These lines that lead the viewer’s eyes into and around the frame are called leading lines. Lines that converge with each other in the distance are called converging lines and can be found in roads, bridges, piers and more. These lines also create a sense of perspective in your images.

On the other hand, horizontal lines found in horizons, orient the viewer in a comfortable manner. Also, the placement of these horizontal lines helps you determine the part of your image which needs more attention. For instance, if a horizon line is dividing your frame neatly into two parts, then the viewer will give equal attention to the sky and the beach. However, if the line would divide the frame so that more of the sky is visible, then the viewer, too, would pay more attention to the sky.

Lure with Sinuous Curves
Meandering curves add a sense of motion and a twist to an otherwise plain scene. Since curves have graceful turns and bends, their forms make for pleasant viewing. You can spot such enticing curves in pathways, rivers, sand dunes, rivulets and so much more.

Create a Distinctive Point of Interest
Though lines, curves and blurs are potent ways of guiding the viewer’s eyes through the frame, remember that they may not always work. These are tried and tested formulas, but if you wish to make your photographs truly unique, you have to be boldly experimental. Imagine that your frame has a wonderful S-curve in the form of a winding road, fading into the distance. Despite the curve, the frame might still look empty. Including a person or even an animal somewhere in the distance would create a striking photograph that conveys scale and isolation. A motion blur of children running back home from school on the same road would create a fun, playful mood.

As you can see, simply changing the lure can drastically affect a photograph. So, experiment with a variety of elements— combine them as you would tunes in a melody. You are sure to strike gold with some unexplored, hidden music. 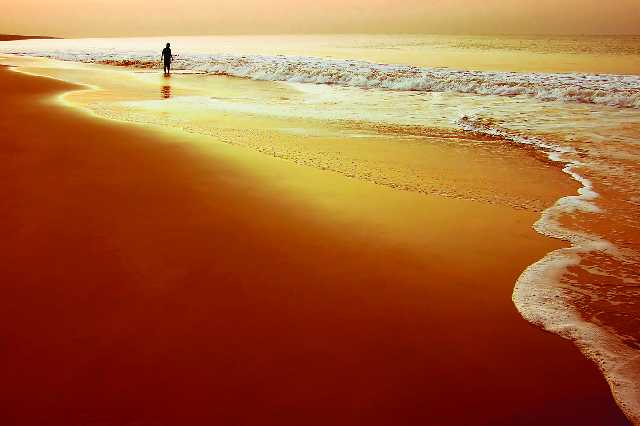 The sinuous, meandering curves of the waves lead the eye directly to the figure standing on the shore. Photograph/Nilesh J Bhange 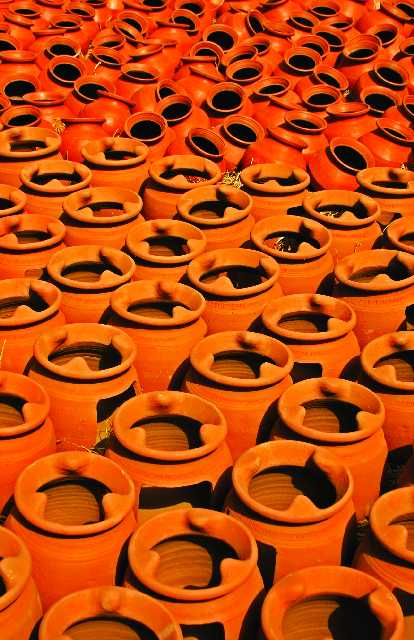 Repetitive textures and patterns like those of the pots in this image, have a definitive rhythm that can make for enticing images. Photograph/Nachiketha .B. Phathanjali 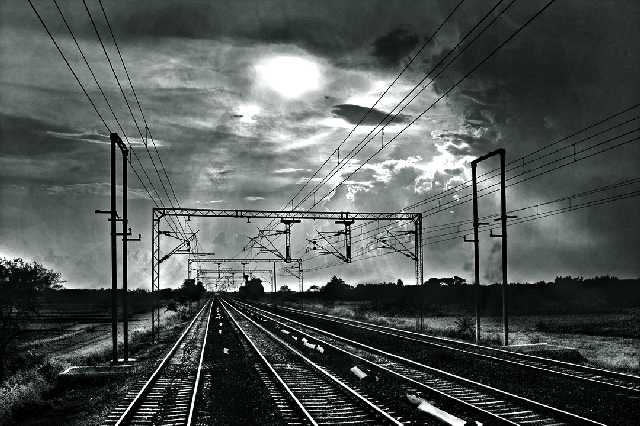 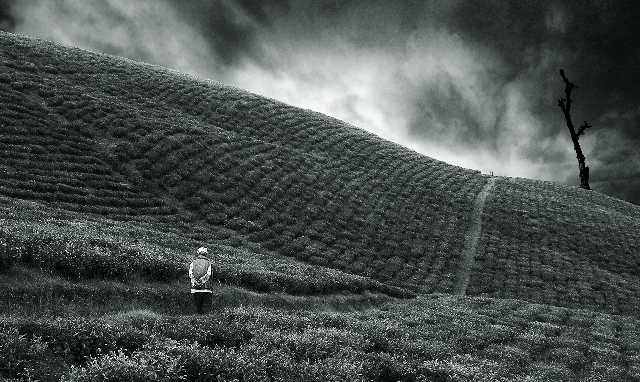 The diagonal lines of the slope, the straight line of the narrow pathway and the direction in which the man is walking, help draw the viewer in. Photograph/Biplab Sikdar

Selective colour can also be a potent device to capture the viewer’s attention. Here, the red shirt of the man is exceptionally hard to miss. Photograph/Asis Kumar Sanyal 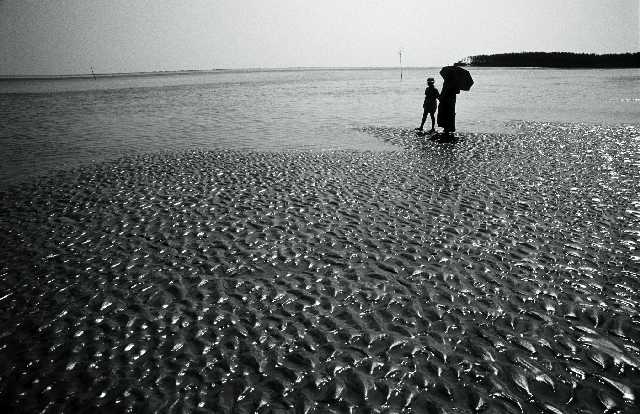 The repeating, rhythmic pattern of the sand directs one’s eyes towards the two figures standing on the beach. Photograph/Suman Chatterjee