Architecture provides frequent opportunities to capture frames within frames, such as this image of an ornate tank in the city of Hampi. Photograph/Anand

Ambarin Afsar explains how to identify unique frames within frames and understand how they can create a wonderful sense of depth in your compositions.

You must have seen movie directors holding their hands up in a frame and viewing a particular scene. Have you ever wondered what it is that they are doing? Well, they are simply looking at a particular scene within the boundaries of a frame. This is a lot like peering through the viewfinder and viewing the world around you. In short, the frame of the viewfinder becomes your window to the world. Looking through the viewfinder or even the LCD screen is much like cutting a rectangle out from a larger scene. When you make a picture, you use this little window to capture a slice of life and immortalise it within the rectangular borders of a picture.

Now, did you know that you could use frames within the rectangular frame of a photograph to create a picture within a picture? Though it sounds a little complicated, it is actually very simple to capture frames within frames and lend a sense of depth to your images.

Learn to be Perceptive of Frames
The first step towards using frames within frames is perceiving them in the world around you. How many times have you looked out of your own window or peeped in through the neighbour’s door? Look at these doors and windows once again and you will realise that they lend themselves quite easily to the frame within a frame technique. The rain-drenched leaves of a neighbouring tree pressed against the frosted glass of your window, bordered by the window frame would make for a poignant image. On the other hand, the neighbouring family offering their daily prayer or having a quiet meal together, framed by their open doorway, can also provide a frame within a frame.

Look for Unconventional Frames
Besides these obvious options, however, there are a variety of other objects around us which can serve as frames within frames. Look through gates, empty pipes, narrow passageways, windshields and windows of vehicles, wheels, ashtrays, bottles, drinking glasses and you will find them to be unique framing devices. Also, balconies and empty courtyards or grounds form a frame within a frame when seen from a high vantage point.

Break the Monotony of Rectangles
When you think of the word ‘frame’, the image that comes up in your mind is usually the rectangle of photo frames. However, circular, triangular and diamond‑shaped frames can create an additional point of interest in your images. You can find such unusual frames in spherical drops of water, lenses of spectacles, diamond-shaped sections of wire grilles, oddly-shaped gaps in fishing nets, tennis nets and so on. Also, oval mirrors, pocket mirrors, glassfronted displays of various stores can give you wonderfully geometric frames. You can even use shutters of shops, long gaps between wooden boards of fences, tiled rooftops, and strongly geometric stairways to capture great non-rectangular frames. Moreover, odd-shaped gaps between stones, the fist of your hand or even holes in corrugated tin sheets can act as quirky frames within frames.

Create Mystery with Incomplete Frames
Did you know that frames within frames do not always need to be complete, closed structures? They can also be open-ended or in simpler terms, incomplete. Such incomplete frames allow you to free one or two sides of the picture of a boundary. Imagine a few overhanging branches framing an idyllic lake with a few empty boats anchored on the shore. In this situation, the branches would not go all around the four sides of the frame. Instead, they would partially enclose the lake and the shore only on two sides. This would allow the lake to flow out of the picture. This creates a sense of continuity and mystery and the viewer is compelled to think about the seemingly calm flow of the lake.

Similarly, there are other elements which also act as incomplete frames such as a rockface framing a setting sun with a series of rocks, a few grass stems forming a semi-circle around a flower, scraggly branches partially enclosing a bird, or even a part of a spider web framed by the stems of flowers.

Concentric Frames
Multiple mirrors can give you endless frames within frames as they continuously reflect the images seen in each mirror. Found in trial rooms or barber shops, these mirrors can give you innumerable opportunities for photographic exploration. Repeating frames can also be found in corridors seen through arches and rows of hallways. Even the repeating iron beams of bridges can give you concentric frames that recede into the distance. The beauty of repeating frames is, that they seem endless. They make the viewer feel as if he is seeing unending rows upon rows of frames.

The ageless appeal of geometric objects works its charm because such objects have a strong graphical quality. Also, since geometric shapes—whether natural or manmade—are proportionate, they are inherently appealing. Hence, exercise a keen sense of observation and keep an eye out for these symmetrical shapes. These shapes immediately capture attention and compel people to revisit the same picture over and over again. 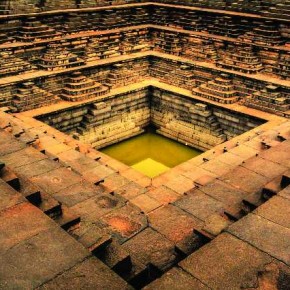 Architecture provides frequent opportunities to capture frames within frames, such as this image of an ornate tank in the city of Hampi. Photograph/Anand 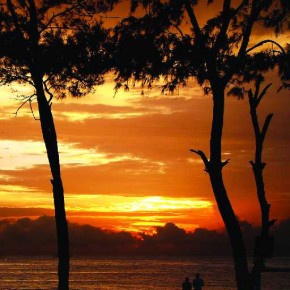 Nature provides the perfect frame for this family, which is quietly viewing the setting sun. The long tree trunks, dense foliage and dark ground create a protective frame around the tiny figures. Photograph/Aroonkalandy 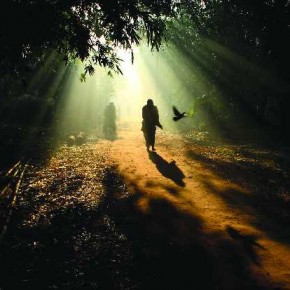 The overhanging foliage and the shadows on the ground form a natural frame around the passers-by in the photograph. Photograph/Ayan Sinha 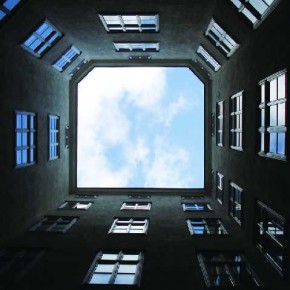 This is a deep blue sky seen from a quadrangle within an apartment building. The windows reflect the open sky and make the image seem as if it was taken in a tower with innumerable windows opening out to the sky. Photograph/Lavinia Marin 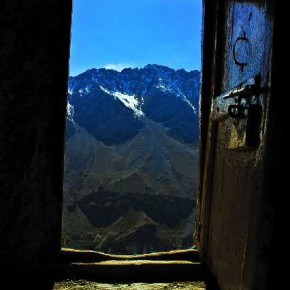 The open doorway graphically frames the blue mountains. Also, the doorway gives the impression that it opens up into the sky. Photograph/Kaushik Ghosh 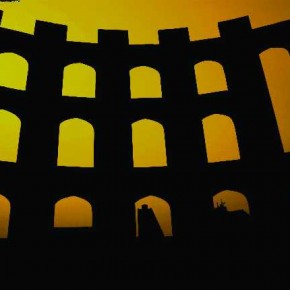 This unique perspective of the Jantar Mantar monument in New Delhi, effectively captures four different subjects like trees, a chimney and a house in four windows or arches of the structure. Photograph/Rubi Borgohain