Jessica Hilltout discovers that in Africa, where not even the basics are taken for granted, football is precious.

This article was originally published in September 2012.

This project, titled Amen, began in 2008 and pays homage to Africa. I love Africa and it loves football. While I made the photos and did the travelling, Africa brought this concept to life. I was interested in showing football as it is played by millions… far from the big stadiums, the money and corporate sponsors—the World Cups played everyday by friends and communities all over the continent.

I followed my gut and felt my way through villages in search of all those details. People let me in and proudly showed me their shoes, the footballs, their jerseys. And hence, I divided Amen into Goals, Balls, Players, Boots and Footie Fever.

Showcased here are portraits of the players for whom life without football is unimaginable. Football is played everyday around 4pm in towns and tiny villages alike. And so, I wanted this series to be a positive portrayal of Africa despite its daily struggles. Amen speaks of dignity, pride, endurance, solidarity and ingenuity.

To view the rest of Amen and to look at Jessica’s work, visit www.jessicahilltout.com

While Documenting a Passion 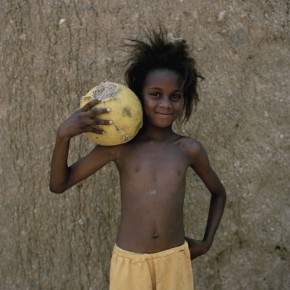 Ramata, Dori, Burkina Faso: The people I worked with were essential to this project. Once I gained their trust, they gave me more than I could have ever dreamt possible. Photograph/Jessica Hilltout 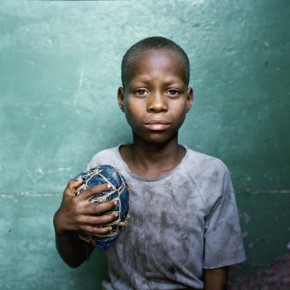 Orlando, Chicome, Mozambique: The sport is the one activity that costs nothing. Balls are made by hand and wood serves for goalposts. Photograph/Jessica Hilltout 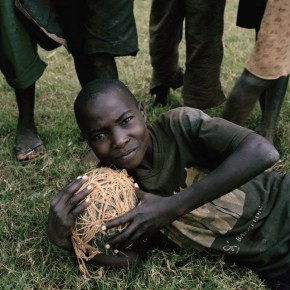 Unknown, outside Pipeline FC, Nhambonda, Mozambique: Making the ball is no simple task. It is a symbol of the inventiveness of poor people everywhere. Photograph/Jessica Hilltout 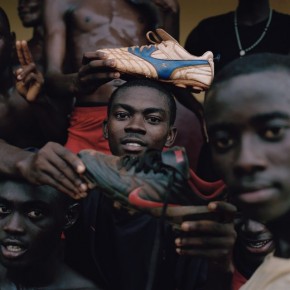 Essian, Anokye Stars FC, Kumasi, Ghana: Africa is a world like no other—unstructured, disorganised and carefree. Behind this, lies a passion and reason to rejoice. Photograph/Jessica Hilltout 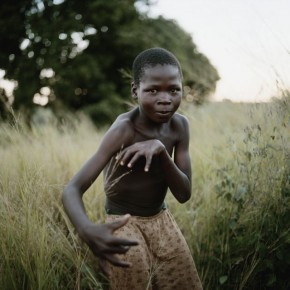 Unknown, Nhambonda, Mozambique: I have tried to bring to life funny, poignant and poetic stories that reflect the imagination and energy of the African soil. Photograph/Jessica Hilltout 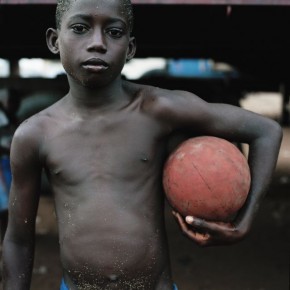 Kodio, Ivory Coast: For the people of Africa, football is precious. And like everything truly precious, it is a neccesity—like bread and water. Photograph/Jessica Hilltout

About Jessica Hilltout
She is a Belgian photographer who dabbled in advertising, but eventually bought an old jeep and left the country with a friend. According to her, that impromptu trip was the start of the way she sees things today.