A showcase of the winners, finalists and honourable mentions of the Indian Photo Festival Portrait Prize 2021.

The Indian Photo Festival Portrait Prize 2021 recently announced the winners of its annual contest. Sujata Setia was declared as the main winner, while the second and third prize went to Kushal Gangopadhyay and Ritagnik Bhattacharya, respectively. This year, the contest received 1265 entries from across the country, and was judged by Vineet Vohra, a Leica Ambassador and renowned street photographer. Here’s a look at all the winning images as well as the finalists and honourable mentions. 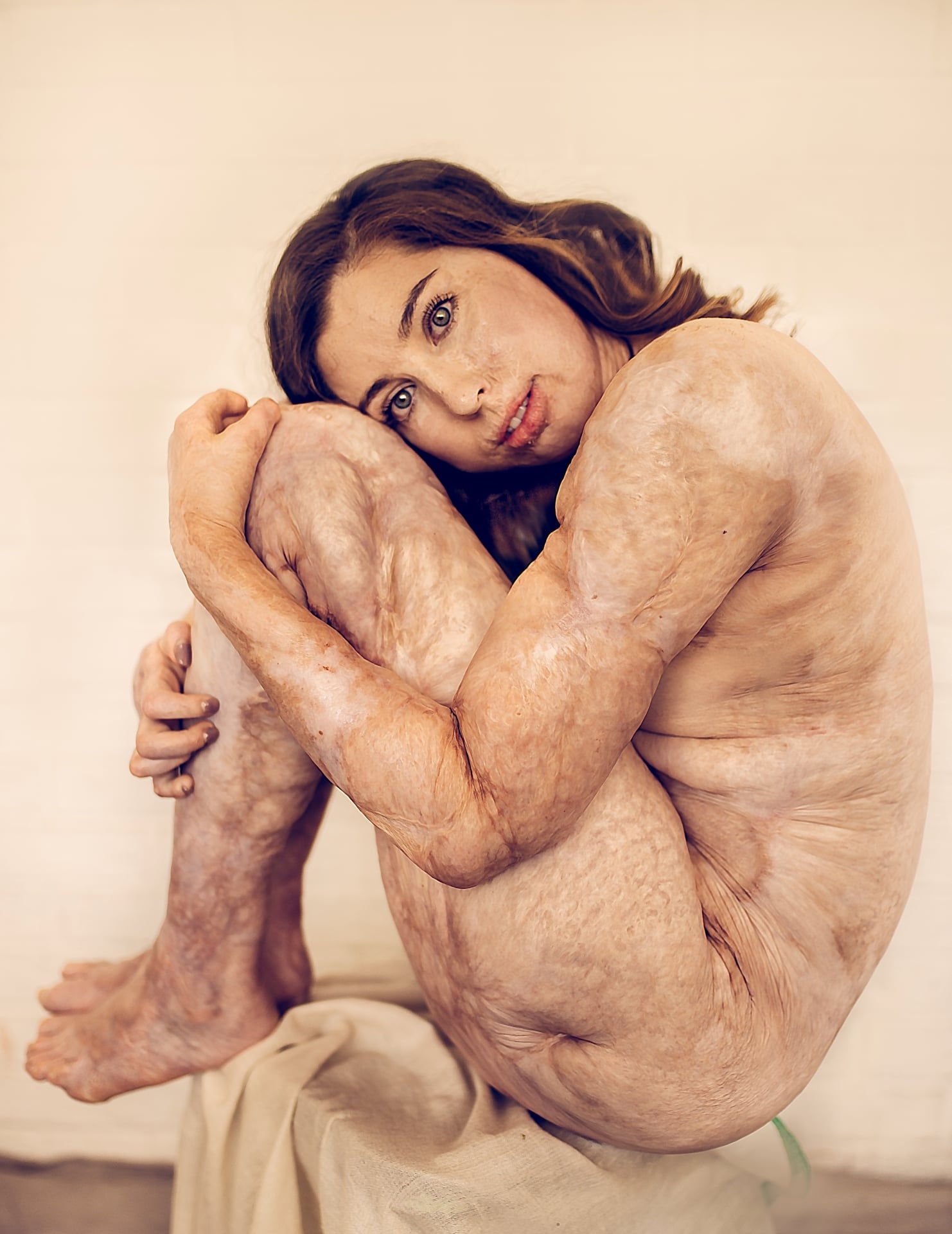 “I’ve never been photographed like this before… with all of my scars, I mean.” Catrin said to me. It left us both thinking of what is the limit on scars? How much can we see? Are we all becoming a part of the world where scars need to look “pretty” too? Just enough, so we can use them to remind ourselves that our lives are better? But not too much… so we can bear looking at them? Catrin was returning from a Ski trip in the French Alps, when the coach’s brakes failed and the crash happened. 96% of her body suffered third degree burns leaving her with a 1 in a 1000 chance for survival. Following three months in coma, 200 surgical procedures and 4 years of rehab, Catrin defied destiny. To the prying eyes that meet her every time she steps out of the house, she looks back at them with tenderness and empathy. “If my scars make you feel better about yours then I am happy for you. I understand you. And that’s what I expect from you as well. Empathy, not sympathy. My scars make me special… unique… differently beautiful. They are life’s brush strokes… and I am in love with this painting.” Scar… not Scary! Photograph by Sujata Setia 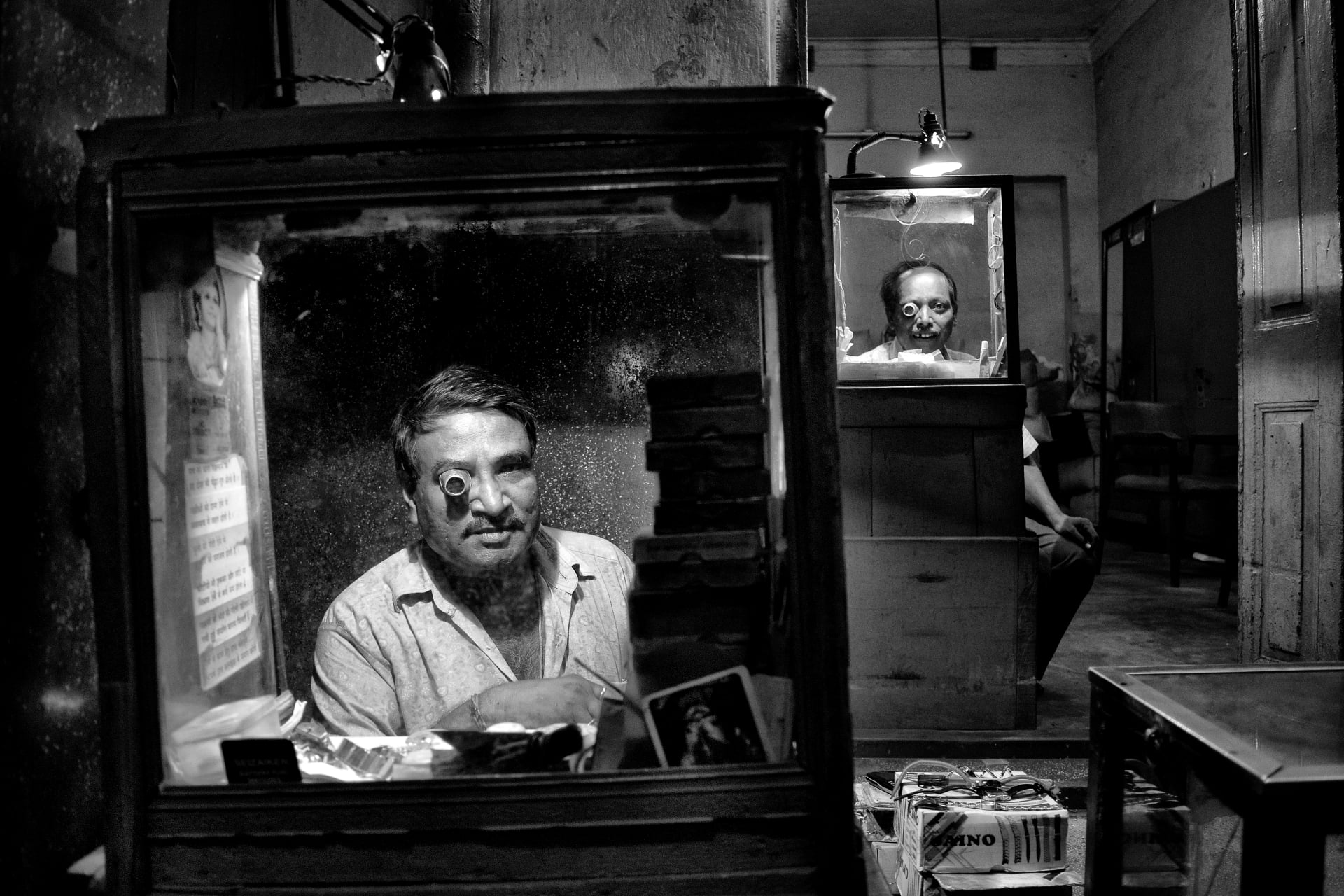 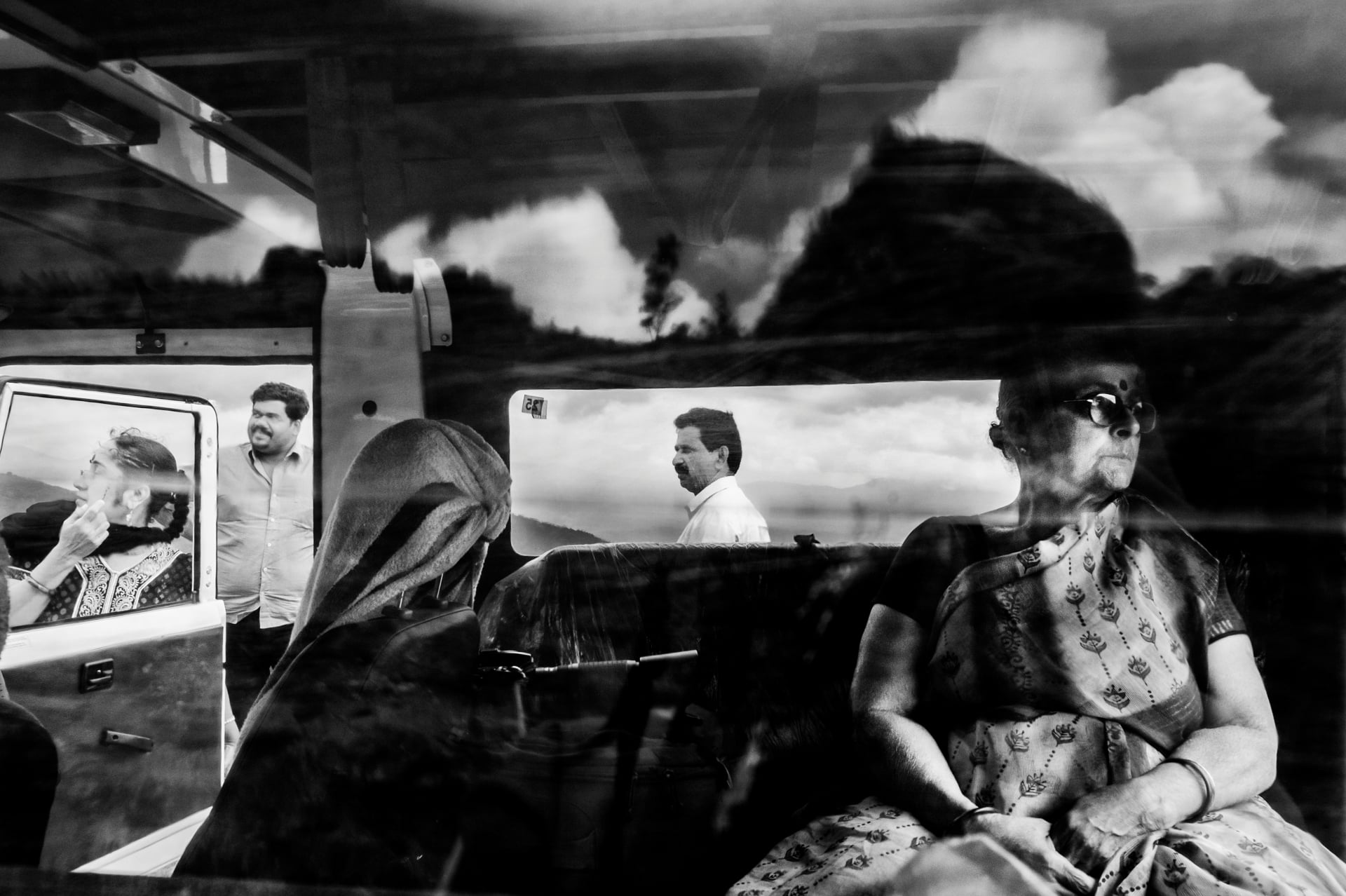 Layers of the mind. Photograph by Ritagnik Bhattacharya 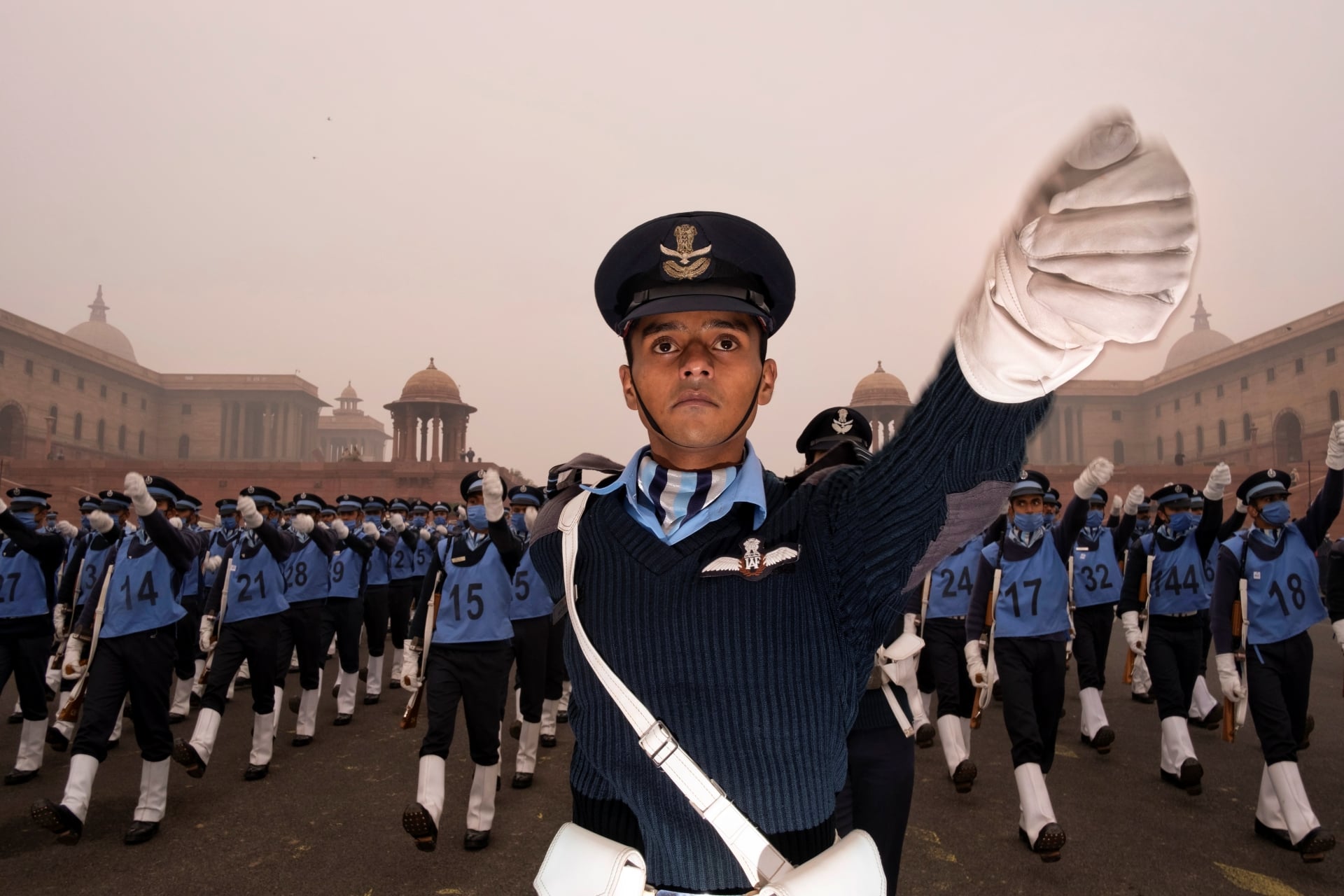 We in unison: This photo is of parade rehearsals 2021, the time just after the first wave of COVID-19. ‘We’ is the first word of our constitution. To me, this photo represents our solidarity. Photograph by Aditya Sharma 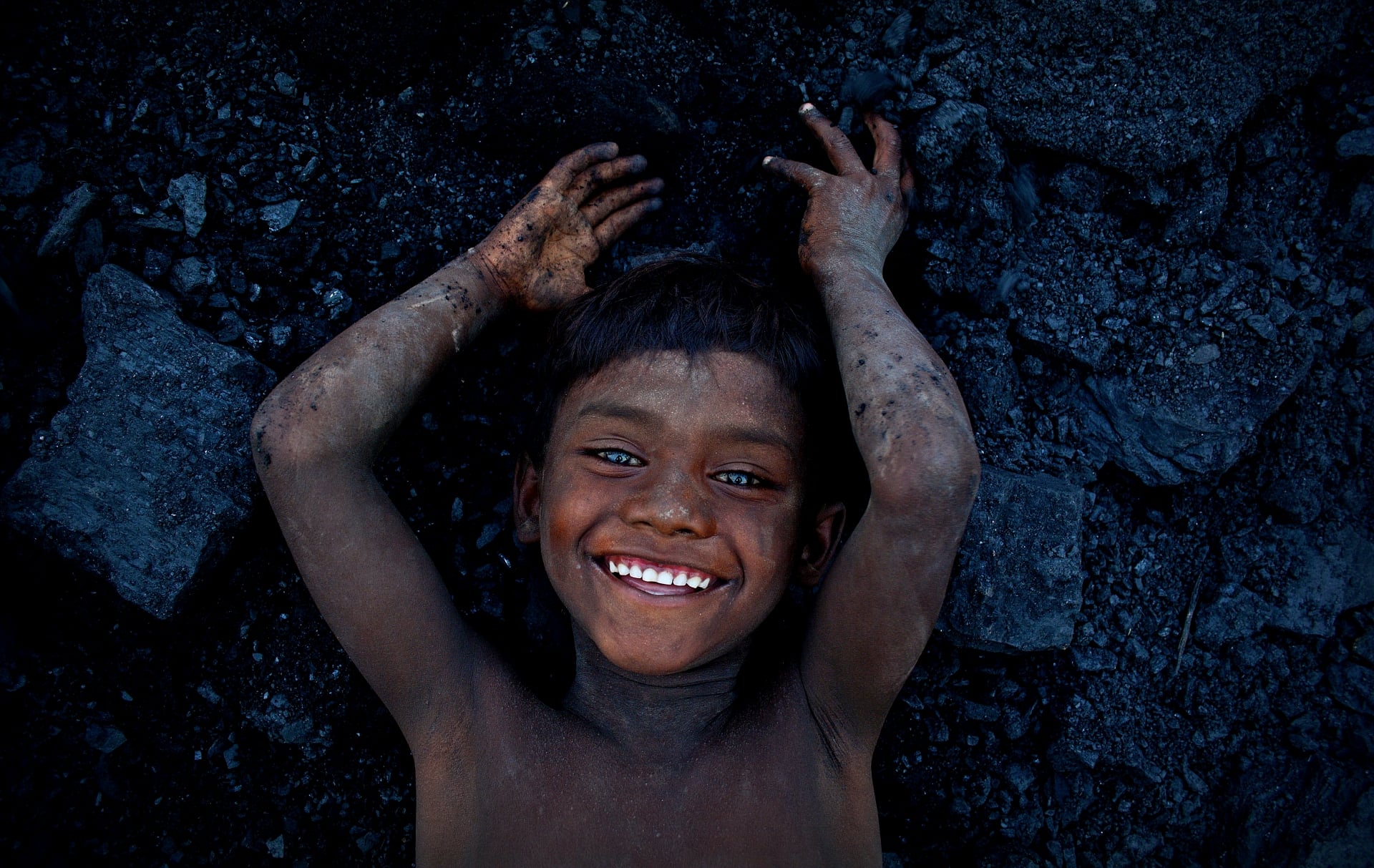 The soul behind the mirror. Photograph by Akash Ghosh 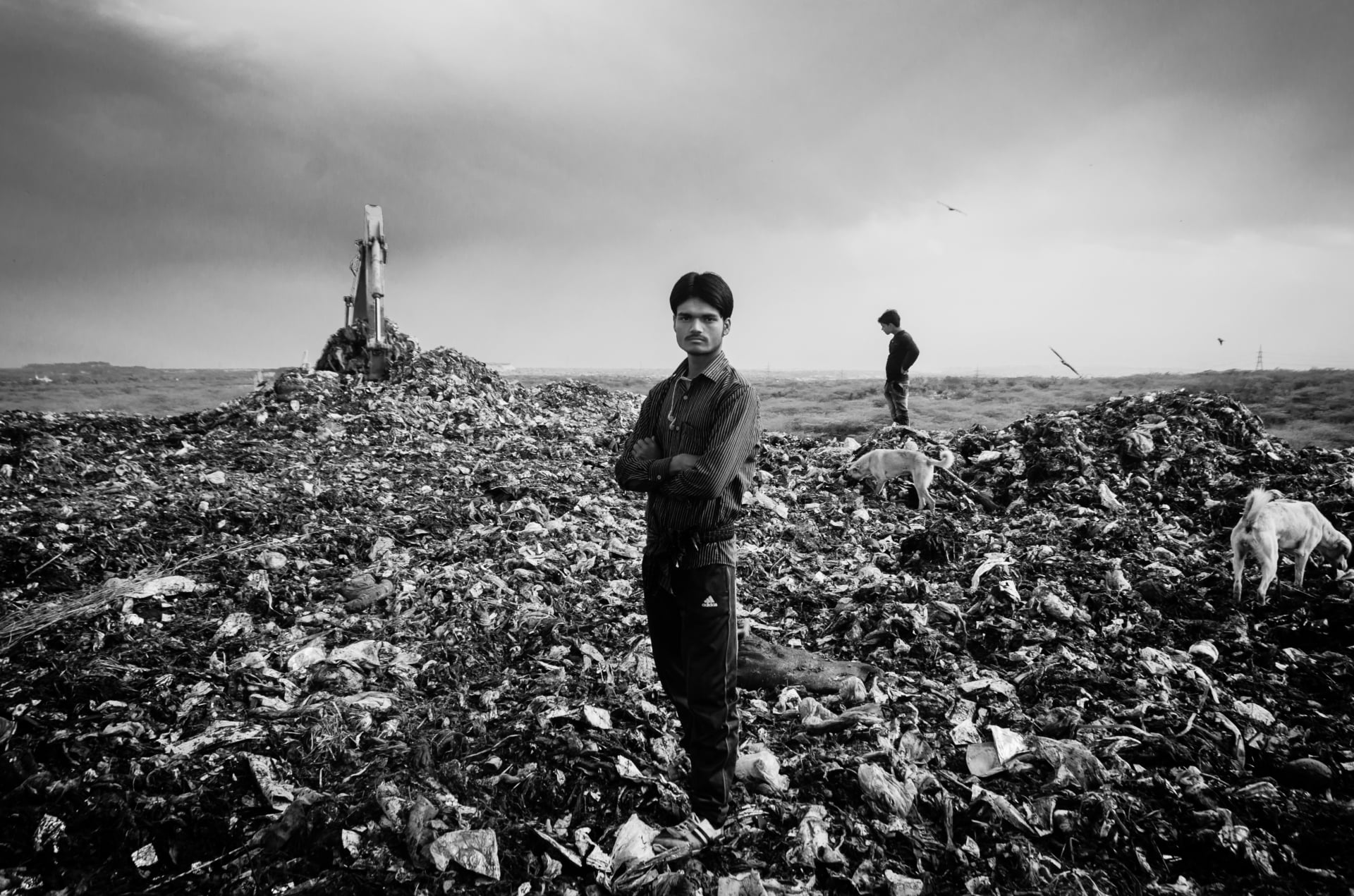 Bhavan Kumar, driver of one of the cranes at the Bandhwari plant, Gurgaon. Living inside the plant, they somehow survive on rainy days when the dirty water from the garbage drains into their homes. Photograph by Akshay Nagpal 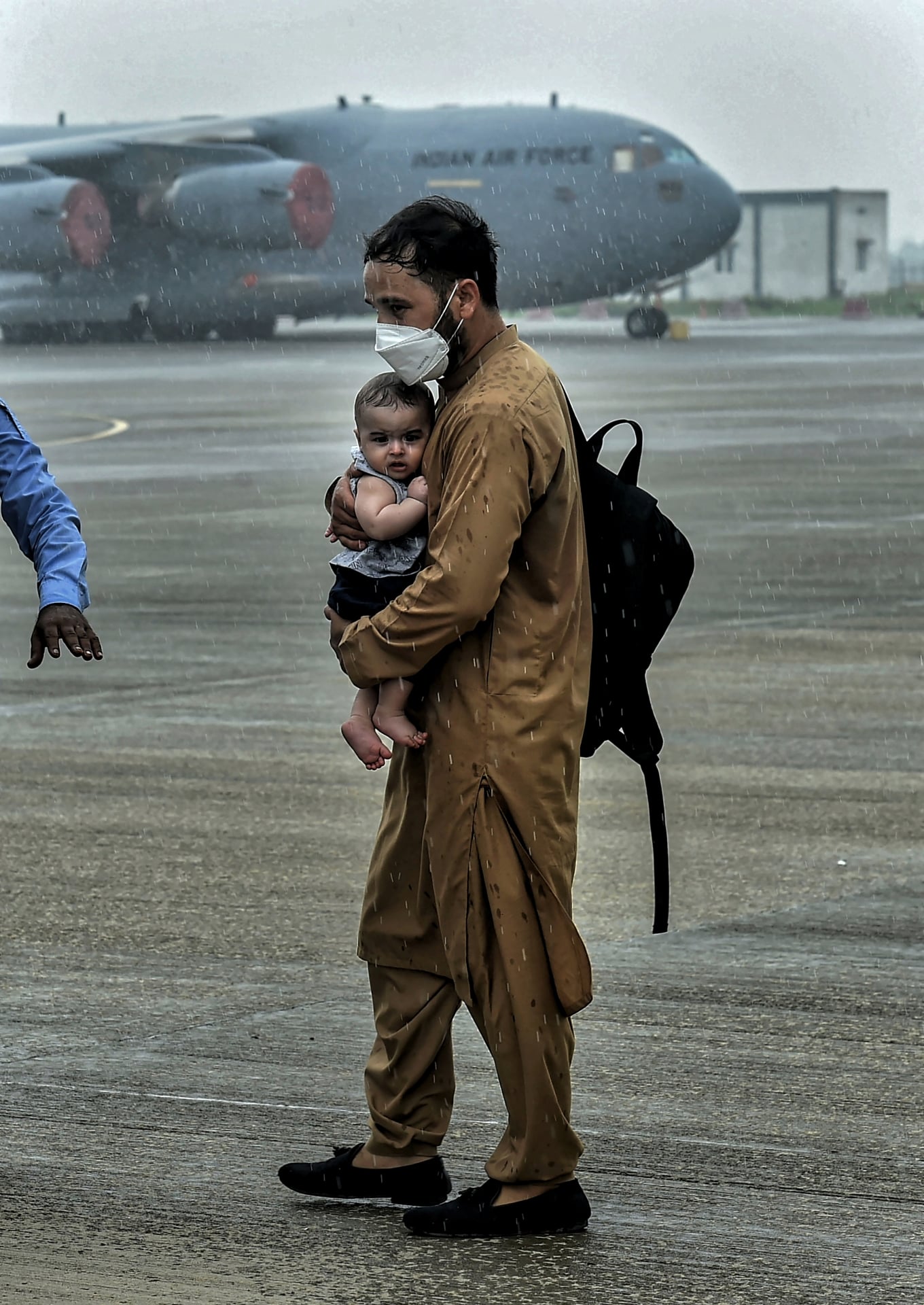 A portrait of a man carrying a child as people who were stranded in crisis-hit Afghanistan arrive by a special repatriation flight of IAF at the Hendon Air Force Station, Ghaziabad, Uttar Pradesh. Aug. 22, 2021. Photograph by Arun Sharma 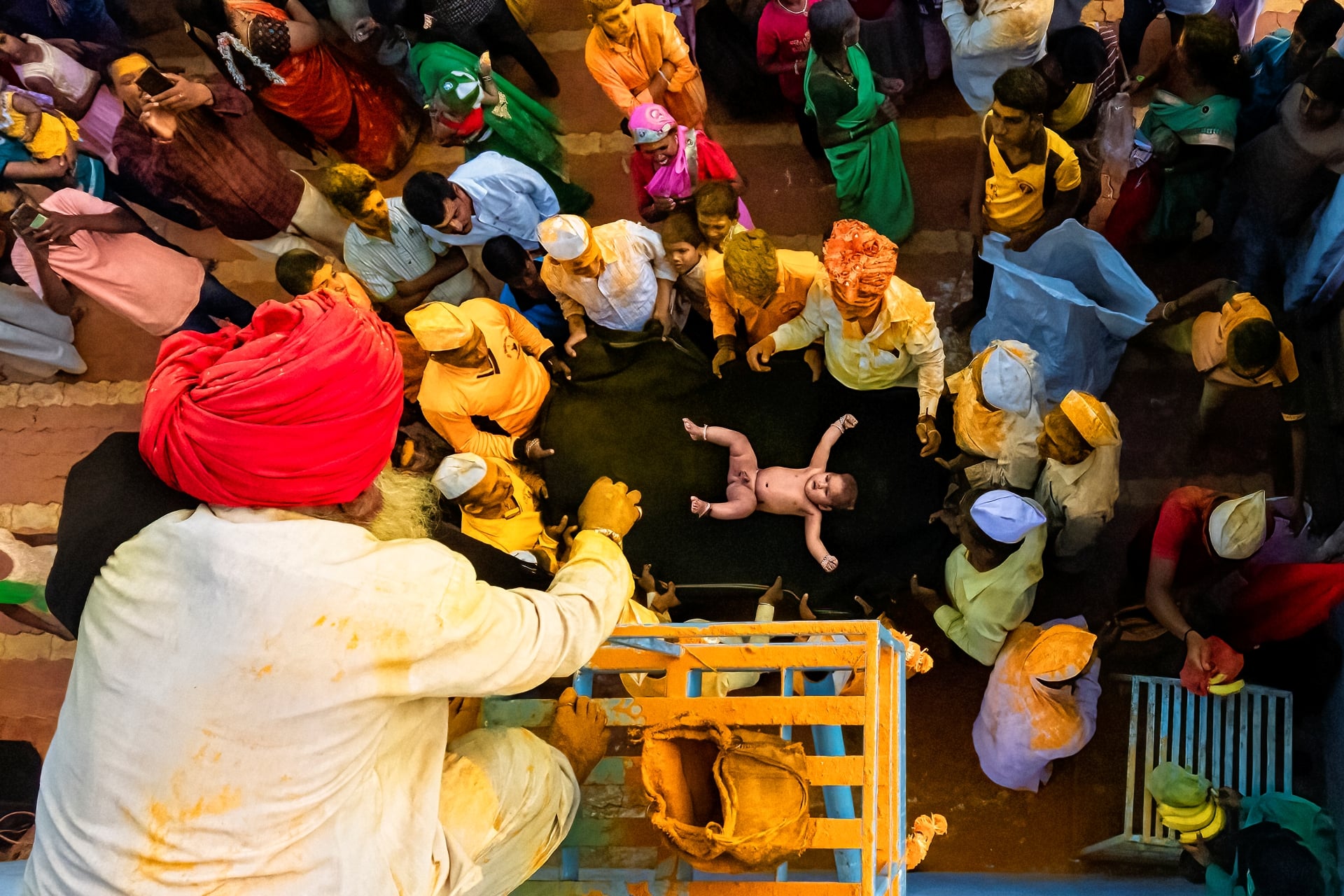 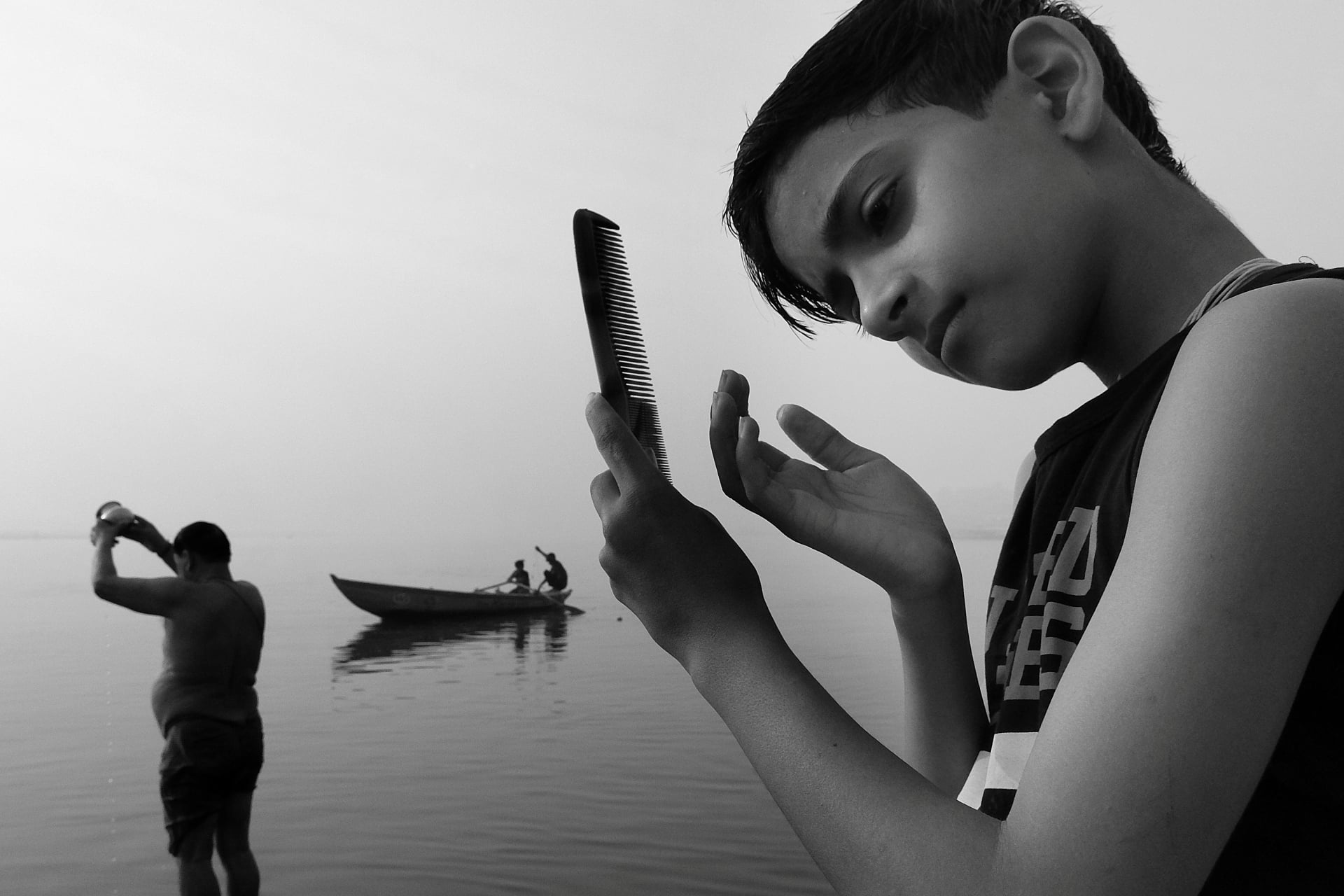 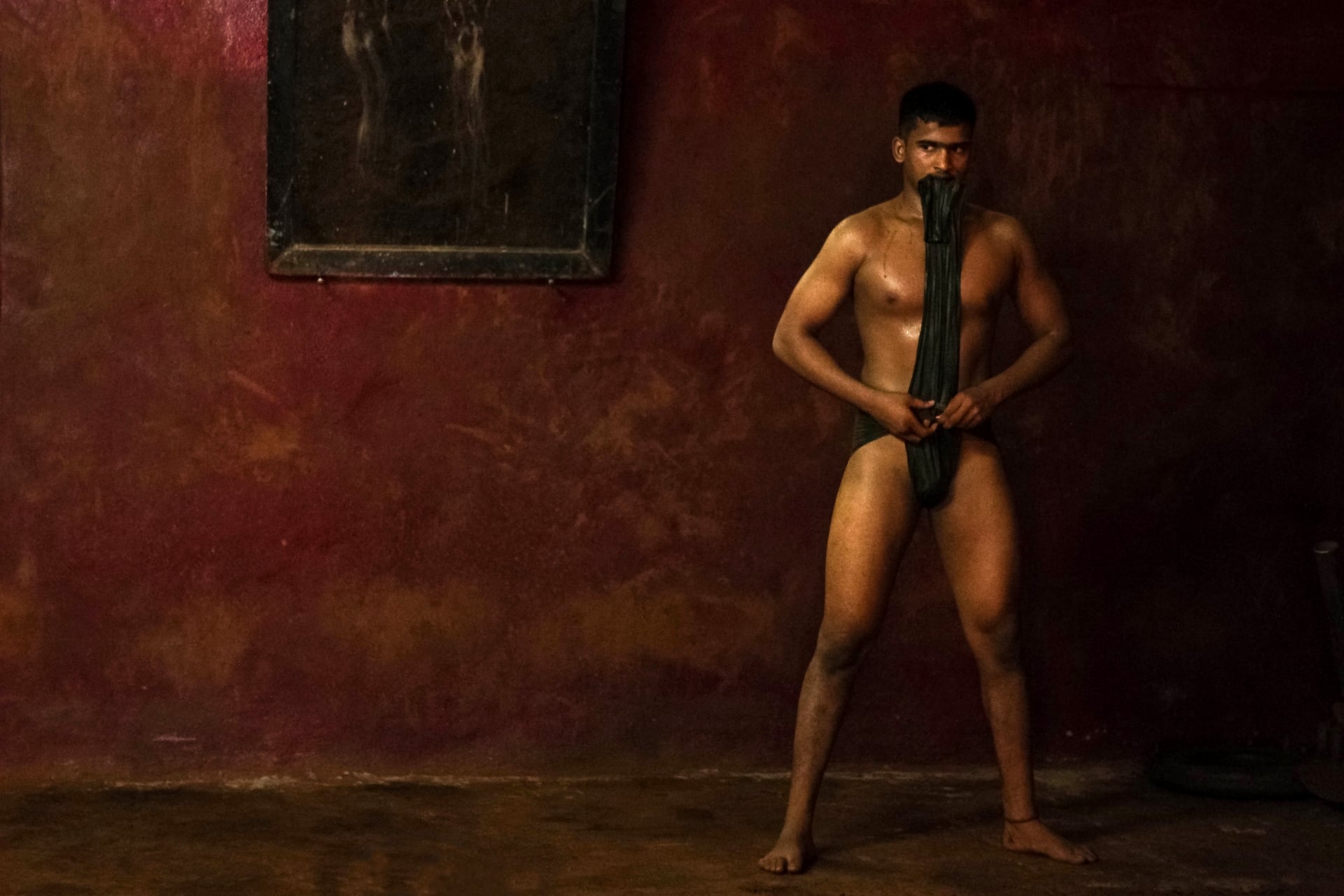 I am trying to show all aspects of Indian traditional sports through my journalism. This picture is of one such traditional wrestler who is preparing himself before battle. Photograph by Jayesh Sharma 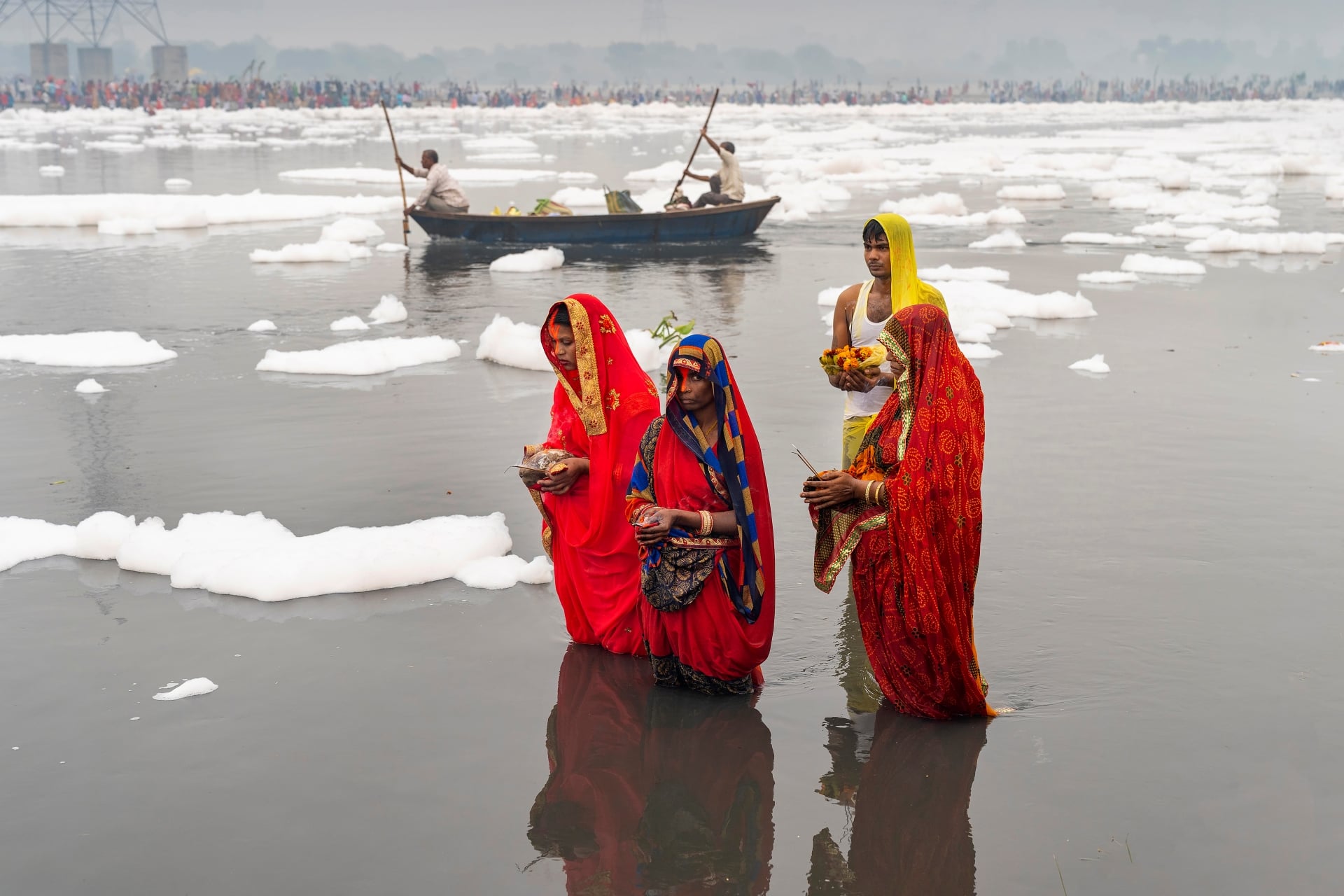 Devotees busy celebrating Chhath Puja in the so called sacred Yamuna, which is full of froth and toxic industrial waste, New Delhi. Photograph by Mili Paul 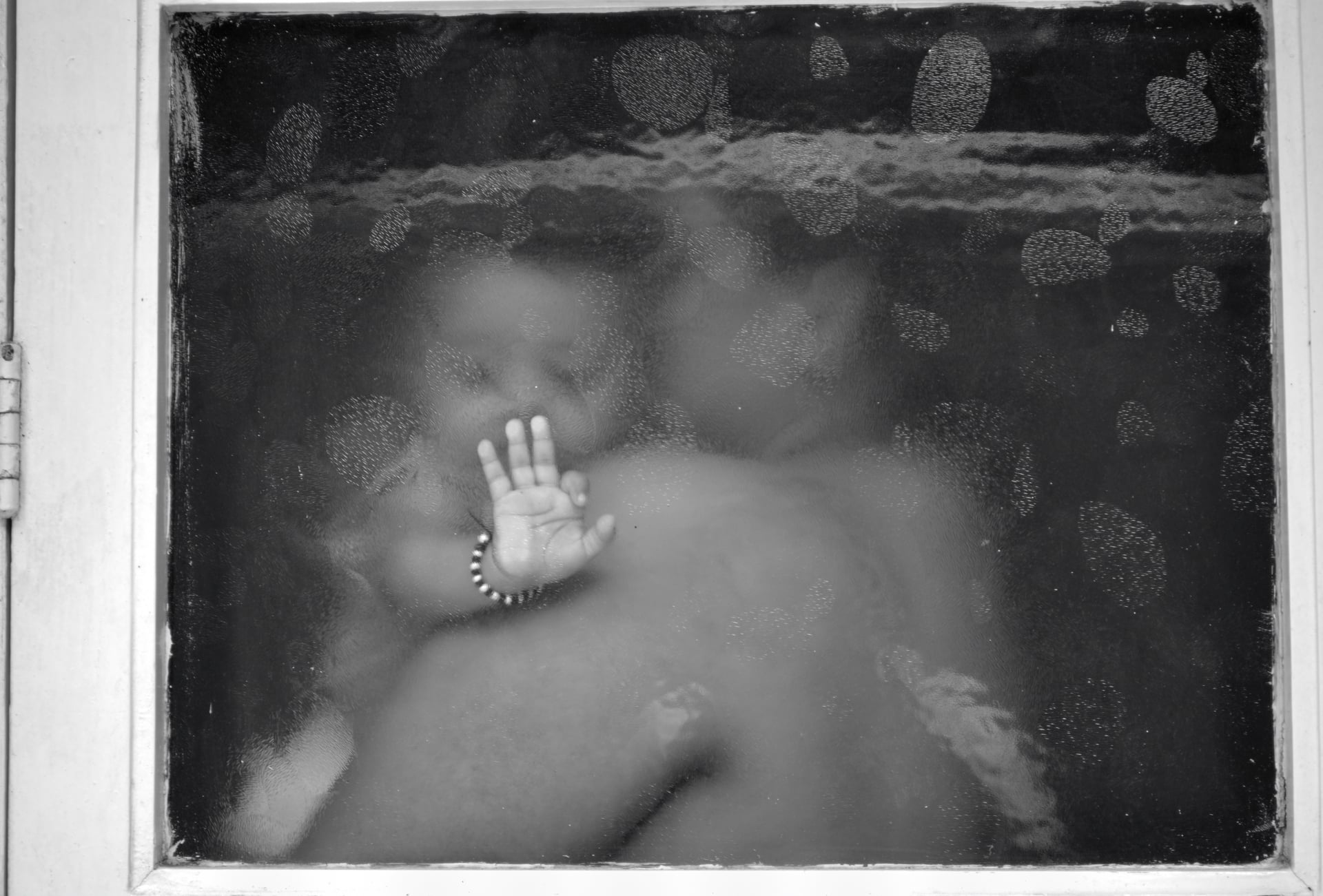 Mother and child portrayed through a window in Sinquerim, Goa. The photograph depicts an everyday moment of love and innocence in the lives of the subjects. Photograph by Sandip Dey 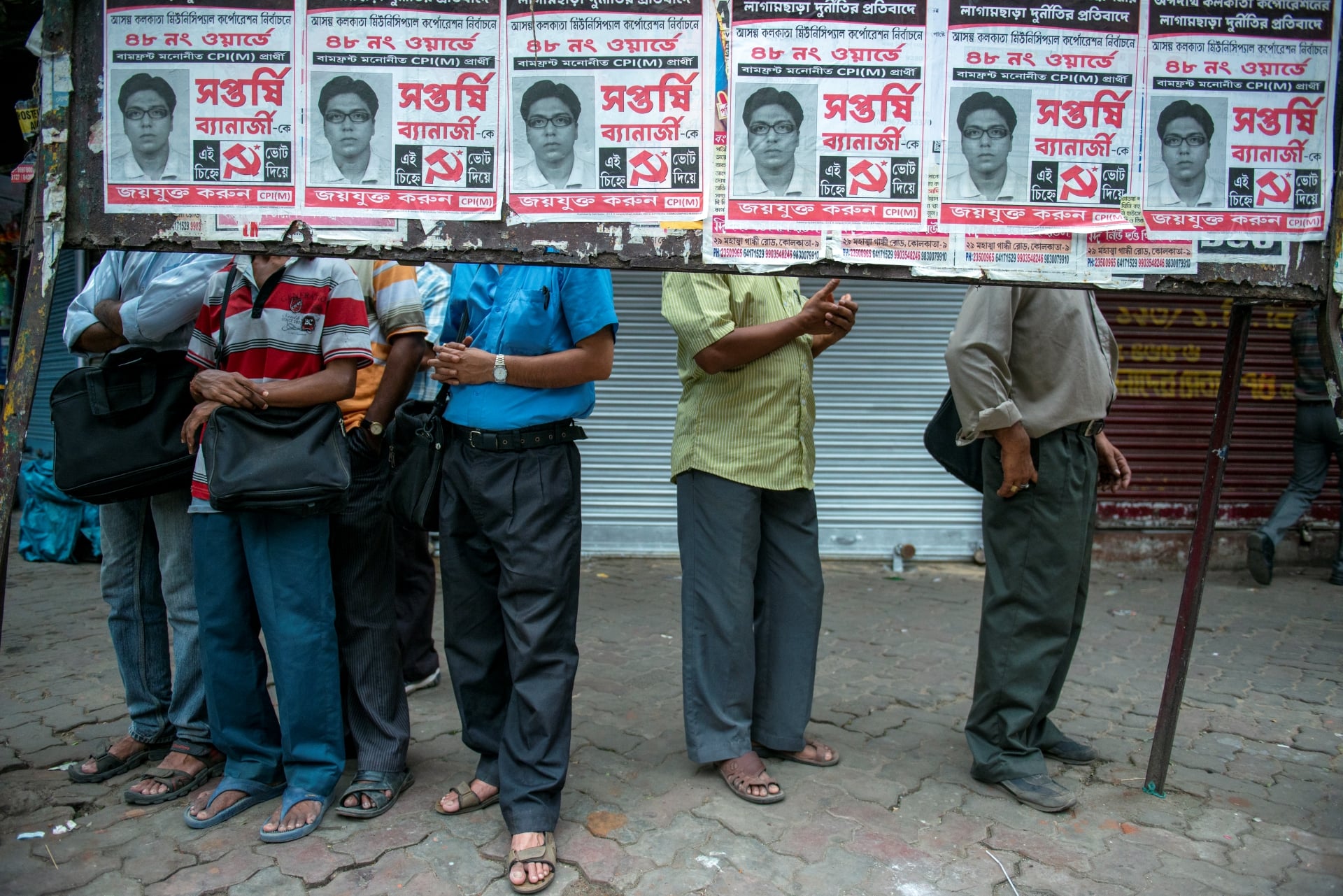 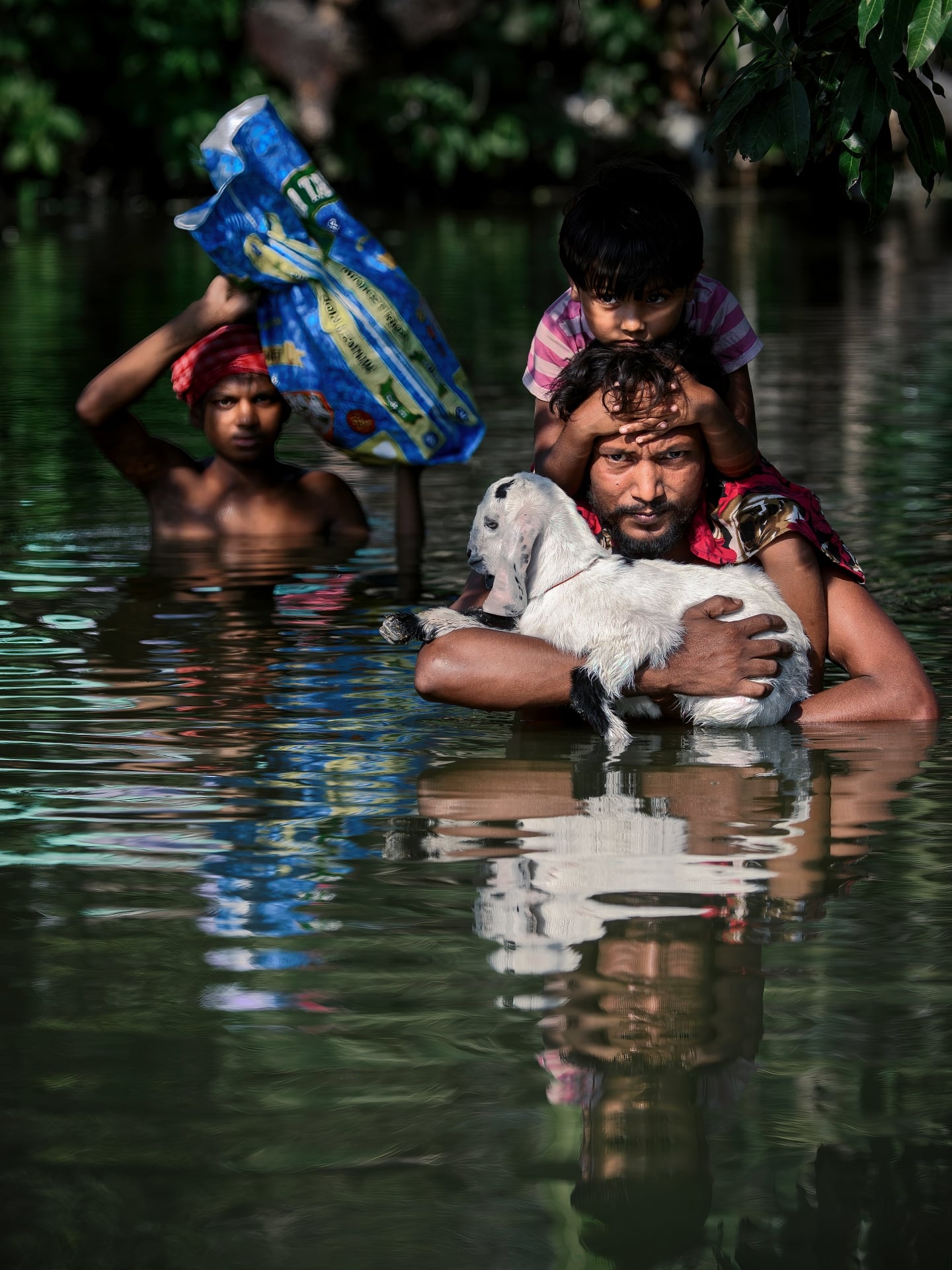 An image of a family crossing the land which was flooded due to heavy monsoon in the rural areas of West Bengal. Photograph by Shibasish Saha 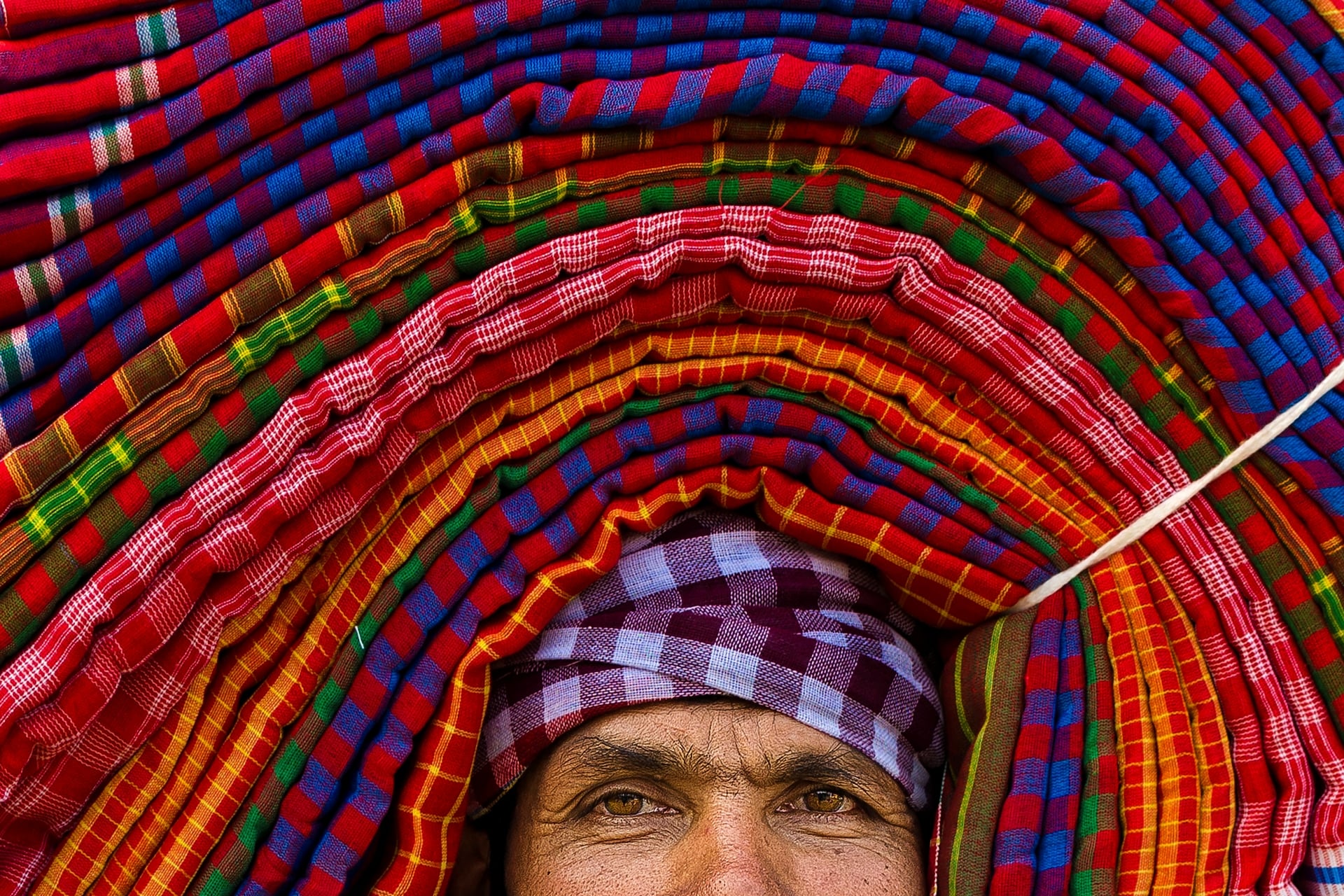 Nothing in disguise, a happy-go-hawker with his goods overhead, poses for a photograph. Photograph by Somnath Mullick 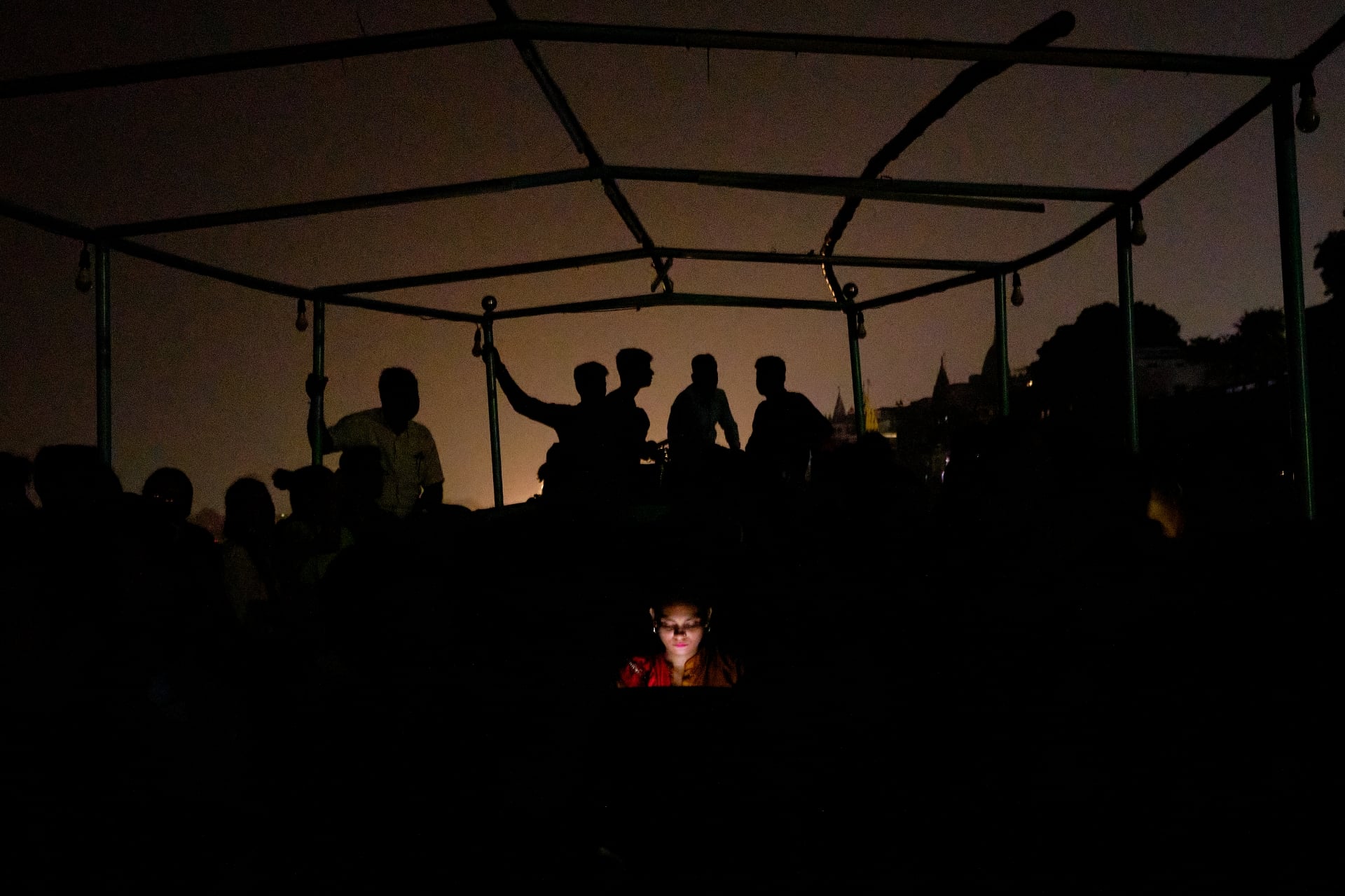 The spotlight. Photograph by Subhran Karmakar 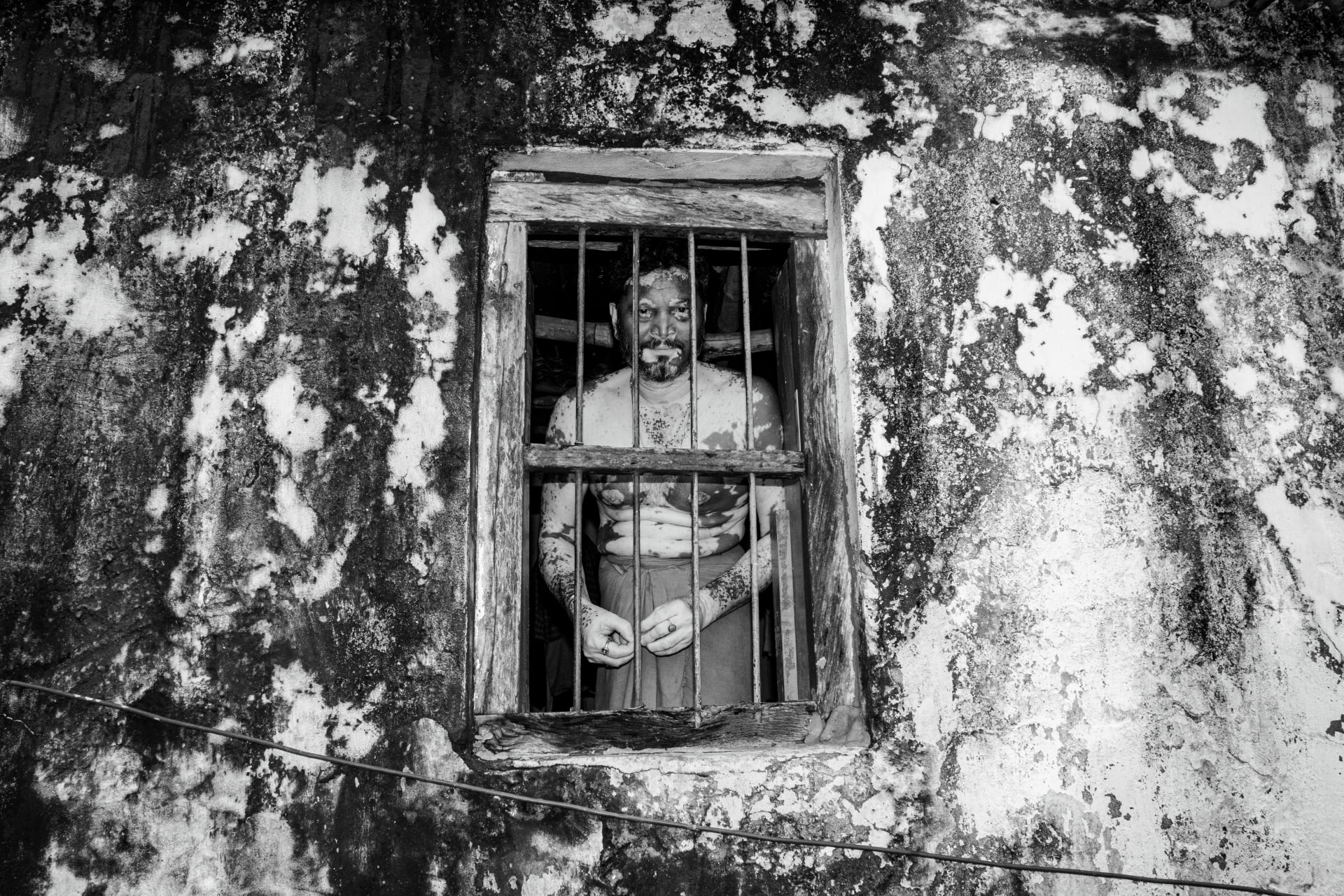 We are living in a world where we are all being judged by the colour of our skin, but at the same time, people look at skin problems as a scar or judge them by their karma. However, nature never judges. Photograph by Unnati Sharma 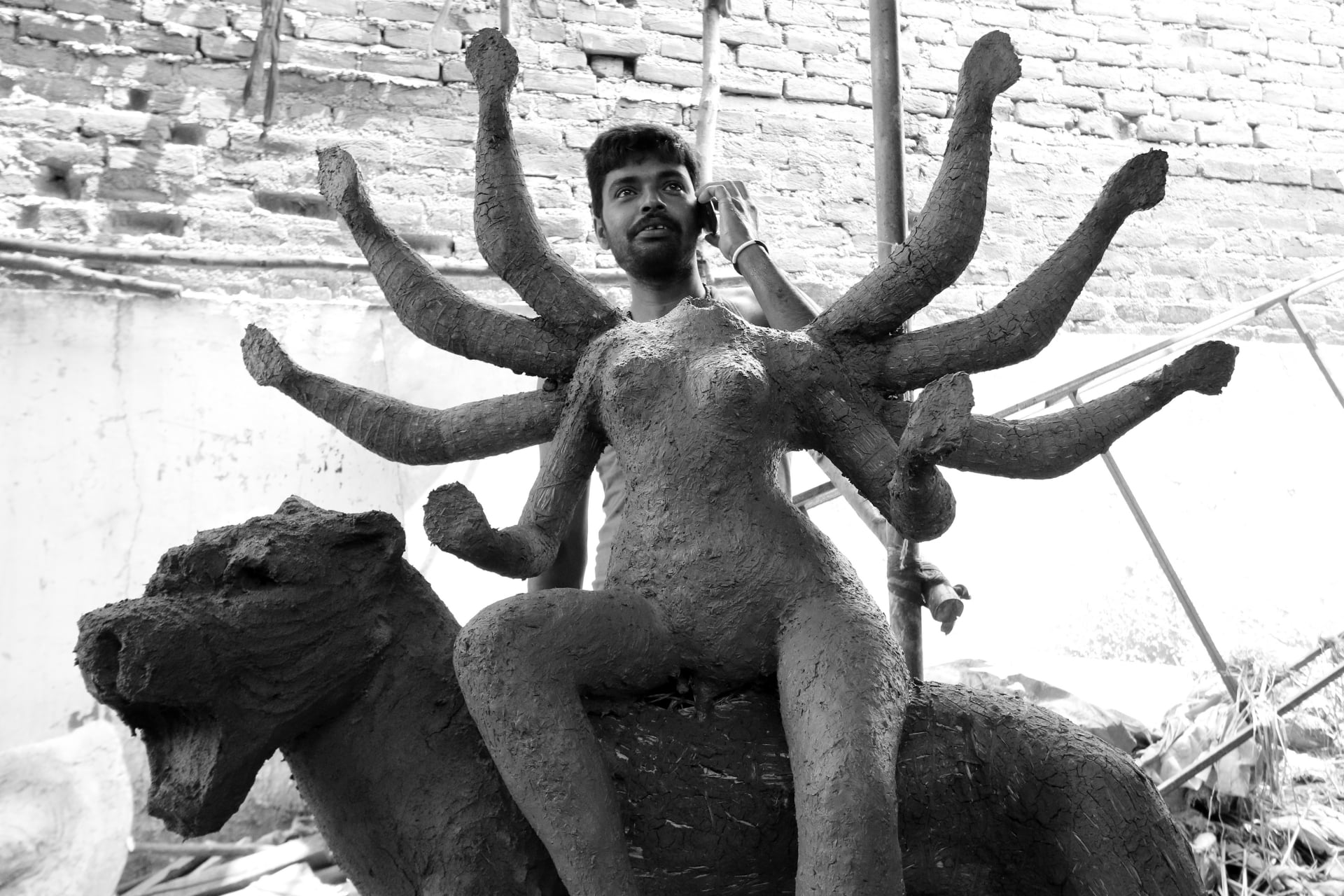 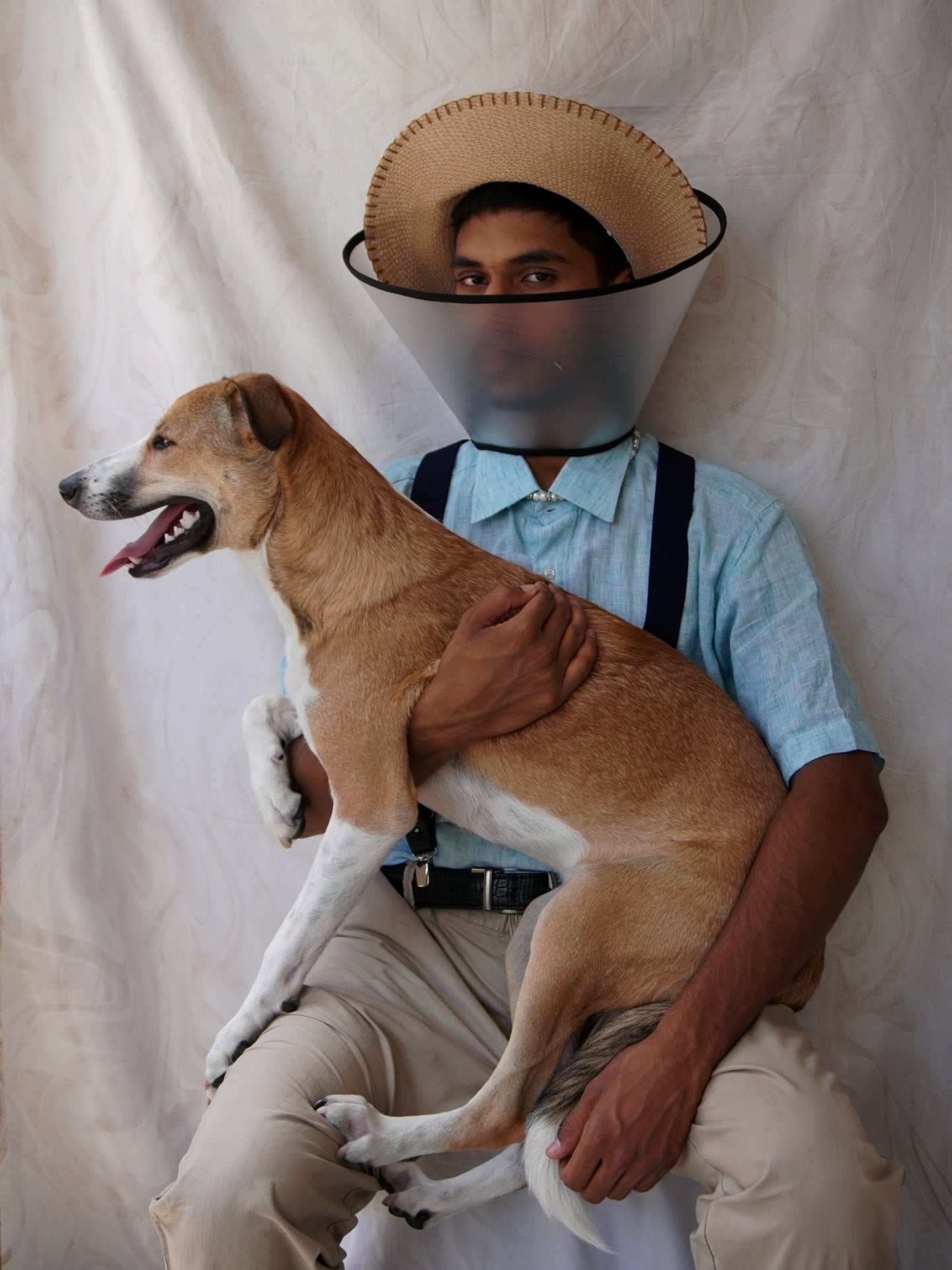 God’s word: The Amish value rural life, manual labour, humility, and Gelassenheit, all under the auspices of living what they interpret to be God’s word. Known for simple living, plain dress, Christian pacifism and slowness to adopt many conveniences of modern technology, with a view to maintain self-sufficiency. Amish practices are their rejection of Hochmut (pride, arrogance, haughtiness) and the high value they place on Demut (humility) and Gelassenheit (calmness, composure, placidity), often translated as “submission” or “letting be”. The Amish’s willingness to submit to the “Will of Jesus”. A righteous man regardeth the life of his beast: but the tender mercies of the wicked are cruel,” Proverbs 12:10. The Hebrew Scriptures, King James Version, stands antithetical to a 1996 New York Post article on puppy mills in Amish countries. “Inside the picturesque barns and wooden fences of Amish country, pedigree puppies are bred by the tens of thousands, many living in a hellish world of filthy, crowded cages.” Laura Italiano reported. Serenity or Cruelty ? God knows. Photograph by Disha Gupta 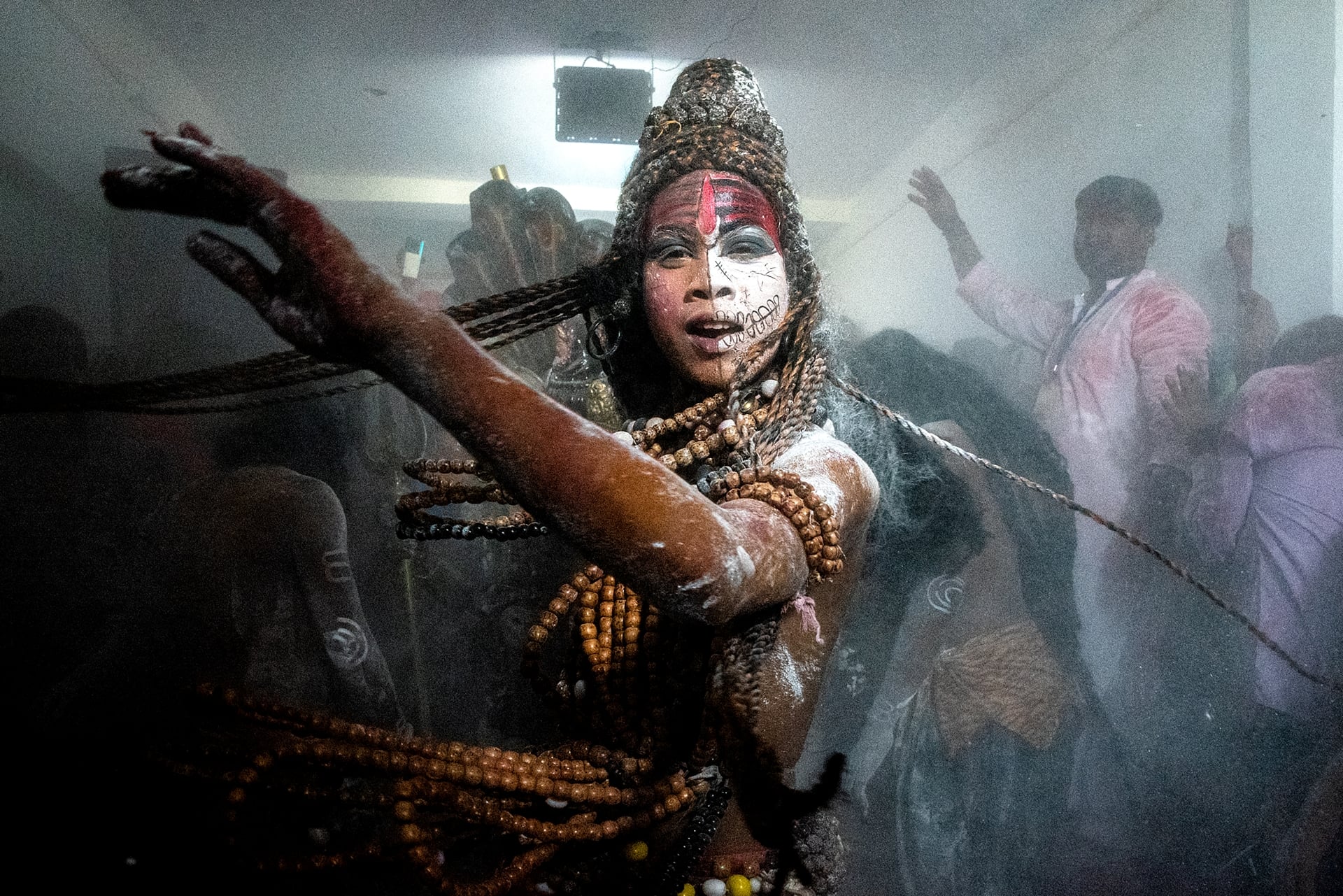