How To Use Fill-Flash

I noticed my friend using flash while taking an image in the afternoon. She told me it she used it as fill flash. Could you explain what fill flash is all about?
Pooja Shinde, Mumbai, via email

This story was originally published in December 2014.

Flash is often used as the main source of light in situations where the scene is too dark; a night photo, inside a restaurant, at a party, etc. But many forget that it can also be used in naturally lit situations as fill-in light. Typically, shooting in daylight can result in dark shadows under the eyes, or an entirely black area under a hat, because the contrast between dark and light is too much for the camera to capture.

The fill flash supplements the existing light in a scene as a secondary source of light. It fills in shadows when you use fill-flash (firing the flash in a brightly lit condition). The exposure on the film or image sensor combines ambient light and flash, thus filling out the shadows and making the lighting on the subject more even. 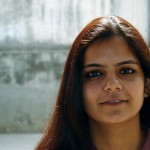 When shooting portraits in harsh sunlight, you can manually force the flash to fire. 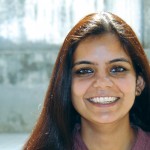 This fills in unwanted shadows or even out lighting, especially if the subject is back lit. Photograph/ Shridhar Kunte

Fill flash is available as a setting in some cameras, and in some others you can vary the output of flash manually to help you fill light into a scene. In regular point-and-shoot cameras, there are different flash modes available for users—one of them being fill flash. Some advanced cameras even allow adjusting the strength of the flash output by 1/2 or 1/3 stops to control the amount of light in the shadows.

The built-in flash of SLR cameras allows you to use Flash Exposure Compensation to adjust the amount of light the flash outputs. If none of the above work, you can consider taping translucent paper like tissue over the flash to diffuse the amount of light, and thus fill the shadow areas.