Lets’ go back in time and discover what shaped photography as it stands today.  Moresha Benjamin traces the history of world-famous Leica…

This story was originally published in May 2012. Oscar Barnack: The Founder
Oskar Barnack was born on November 1, 1879. He was a German mechanic. Barnack is better known as the creator of Leica. In 1913 and 1914 he was in charge of development of the camera company Leitz in Wetzlar, Hesse, Germany. Barnack was responsible in the making of the first mass-marketed 35mm camera. Lynow in Germany, which is Oskar Barnack’s birthplace, has a museum to Oskar Barnack. Leica originates from ‘Leitz Camera’. Leica stands for the several cameras produced by a German company of the same name which came about in 1913.

Leica I
Leica I was introduced for the first time at the 1925 spring fair in Leipzig. Oscar Barnack based it on the Ur-Leica hi story archetype formulates in 1913 and the Prototyp 1 developed in 1923. Leica Luxur and Leica then followed it from 1930 with interchangeable lenses. The first production bunch of 174 Leica cameras had Anastigmat lens. These cameras are coveted items for any collector. Second batch of 1000 cameras had Elmax lens and they are a rare find in this day and age. Leica II
The Leica II wass produced in 1932. It came with a built in rangefinder and a lens focusing device. This model had a separate viewfinder which showed a reduced image and rangefinder which depicted a double image which was accurately focused when it became one single image. Leica III
The Leica III was a rangefinder camera that was brought into the market in 1933. Various models were created over time, with significant improvisations and an obscure numbering scheme. The Leica III used a fixed rangefinder, which was different from the viewfinder. The Leica III added slow shutter speeds down to 1 second and also increased rangefinder magnification to 1.5× for more precise focusing. The model IIIa was produced in 1935 and it came with a 1/1000 second shutter speed. Incidentally the IIIa is the last model made before Barnack’s death. The final variation the IIIg came with a large viewfinder with framelines with an isolated view and rangefinder.
Leica cameras, lenses, accessories and even sales literature are almost collector items. There are numerous books written on Leica.
In 1986, the Leitz company became Leica LEItz CAmera. Also Leica Camera AG became an independent enterprise in the Leica Group and shifted its industrial unit from Wetzlar to the town of Solms. In 1996 Leica Camera separated from the Leica Group and became a publicly held company. In 1998 the remaining Leica Group split into independent units of Leica Microsystems and Leica Geosystems.

Famous Photographers who have used Leica:

Milestones in Leica’s History
1914 Oskar Barnack creates the Ur-Leica. 1923 Production of the first 25 prototypes of a small-format 35mm camera named the “Null-Serie” for test purposes.

1925 The LEICA A with built-in collapsible lens is presented at the Spring Trade Fair in Leipzig. 1,000 cameras were produced in the first year alone. The first small-format enlarger is introduced under the name of FILAR. 1934 The LEICA 250, aka the “Reporter”, contains 10 meter film and delivers 250 exposures without reloading. Combined with a spring motor, it was mainly used in reconnaissance aircraft by the German air force.

1954 The LEICA M3 with bayonet mount and high-magnification rangefinder ended the era of screw thread cameras.

1965 The LEICAFLEX is the first Leica SLR camera to enter series production. 1967 The LEICA M4 is launched with a simplified film loading system and new rewind crank.

1968 The LEICAFLEX SL – first camera in the world with selective-area metering.

1971 The LEICA M5 is the first rangefinder camera in the world with selective light measurement through the taking lens. 1973 The LEICA CL is launched as a compact rangefinder camera.

1984 The LEICA M6 with selective light measurement and LED display in the finder is launched. 1988 The LEICA R6 with mechanically controlled shutter is announced. 2003 The new binocular range LEICA ULTRAVID in a new design and improved optical system is launched. A digital rear panel for the LEICA R9 is announced. 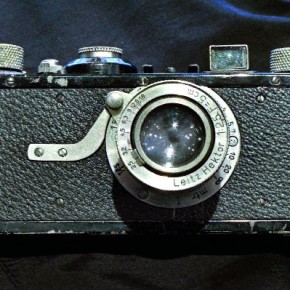 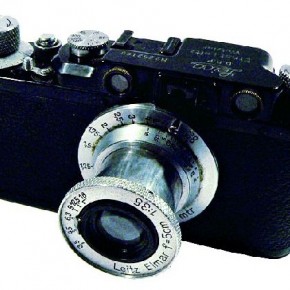 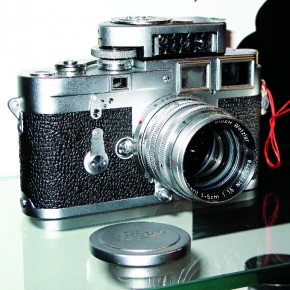 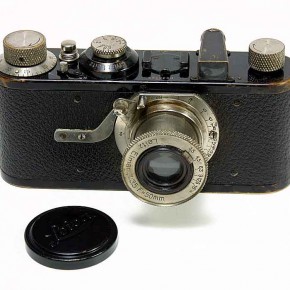 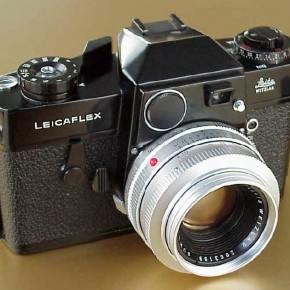 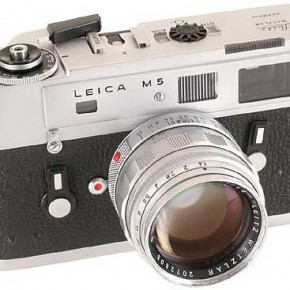 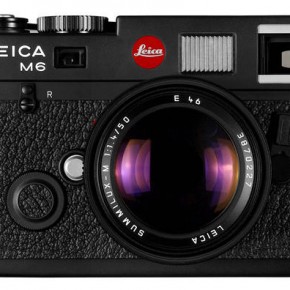 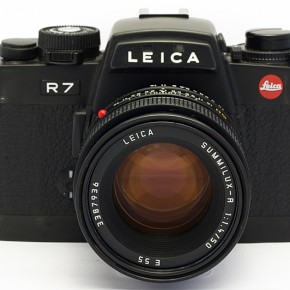