When the Camera First Went Digital

The camera on the left was one of the first prototypes built by Steve Sasson of Kodak in 1975. It had a resolution of 0.01 megapixels and it took 23 seconds to capture a single image.

Each time you click a photograph using a digital camera, millions of calculations have to be made in a fraction of second for it to preview, capture, compress, filter, store, transfer and display the image. But is it not interesting to know how these digital cameras, came into being? Let us rewind to where it all began.

Digital cameras went through a similar type of upheaval, development and growth as that of film, but at an extremely fast pace.

From an Experiment to an Innovation
When he was not thinking of developing artificial gravity, Eugene F Lally, a scientist at Jet Propulsion Laboratory, built a mosaic photo sensor to capture a digital image. This sensor played a major role in a NASA project that entailed recording photos of celestial bodies like planets, so that astronauts could get appropriate navigation guidance before they landed on a planet. This technology was later used in spying satellites, for the national security of United States of America.
Other companies were also simultaneously working on building a digital camera for everyday photography, one of which was Kodak. Steve Sasson, an Eastman Kodak engineer, developed one of the first digital still cameras by assembling together different parts of several gadgets. This marked the beginning of an era that would reduce the time consumed to make a picture. It also made the process of capturing an image a lot easier.

Rise and Decline of Analog
Electric Cameras Digital camera technology is directly related to and evolved from the same technology that recorded television images in the 50s. These ‘film-less’ cameras actually recorded images onto magnetic media. Some of its early users were from the news press. These cameras enabled sending images through telephone lines, and were used effectively during the Tianamen Square protest, Beijing in 1989 and the Gulf War in 1991. The images shot through these cameras made history.
However, these cameras never really took off in a big way due to the poor image quality as compared to film. Photographers wanted more. Besides, the equipment required for capturing and printing images from analog cameras were beyond the reach of an average consumer, as they were extremely expensive.

Digital and its Popularity
By the early 80s, several companies were trying their hand at further developing this new technology and making it available to the masses. But no one could surpass Kodak’s brilliant, highly aggressive marketing campaign that first introduced digital photography to the people.
The development of JPEG and MPEG standards was an huge reason for the growth of digital technology. It became a big market that quickly grabbed the attention of big companies like Microsoft, Kodak and Kinko. Their intention was to keep the magic of digital photography alive in the eyes of general public. So they also developed imaging software and workstations that helped customers store their images on CDs.
This was also the time the first internetbased image exchange initiative was developed by IBM (International Business Machines Corporation) and Kodak. Alongside the cameras, companies like Epson and HP (Hewlett-Packard) began to roll out colour inkjet printers that could print digital images.

Digital is the New Trend
The pace at which digital cameras have evolved since then is indeed remarkable. Since its inception in the 50s till now, we have seen cameras advance into different shapes and sizes. Along with it came the pains of a complete paradigm shift from analog to digital, but it happened.
Then the revolution of camera-phones dawned, which changed the trends in digital photography completely, making it one of the most mass market technologies in the world.
Today, digital technology continues to grow and advance. Everyday, a new innovation strikes the market to lure consumers. Although the technology will take a while to attain certain standards, it is here to make a difference.

Converting Film to Digital
When most companies were developing new cameras, a relatively small firm called Imagek focused on converting a 35mm film camera into digital. They designed the Electronic Film System (EFS) in 1998, which resembled a regular film cassette and could easily slip into the back of a film SLR body. The technology never matured for consumer use.

The First Prototypes of the Digital Camera 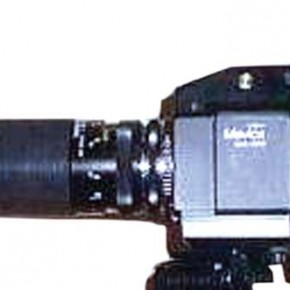 Sony ProMavica MVC-5000: A 1989-release, this was one of the first digital cameras mas produced. It could record images as magnetic impulses on a compact 2-inch, stillvideo floppy disk. 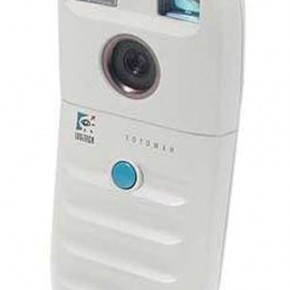 Dycam Model 1: This B&W camera was the world’s first completely digital consumer camera. It was released in 1990 and could store 32 compressed images on 1MB RAM. 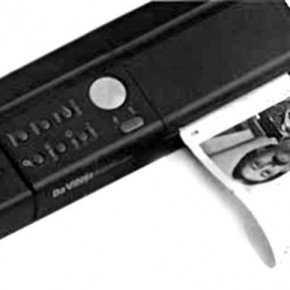 Da Vinci: Released in the year 1993, this amateur camera came with a built-in thermal copier but had no storage capability. The images were printed on thermal paper. 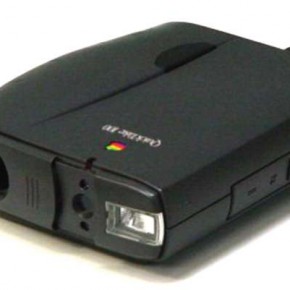 Apple Quick Take 100: This first mass-market colour digital camera was launched in 1994. The images could be stored in the internal memory. It also had a fixedfocus 50mm lens and built-in flash.

Olympus Deltis VC-1100: A 1994 launch, this was the first camera that had built-in transmission. By connecting it to a modem, one could upload digital photos over phone lines.

Ricoh RDC-1: This was the first digital camera to offer both still and moving image and sound recording/reproduction. It was made available to consumers in 1995.

Hitachi MP-EG1, EG1A, EG10: Released in 1997, these were the first digital cameras that could upload moving pictures to a personal computer in the MPEG format. Their could store up to 246 images. 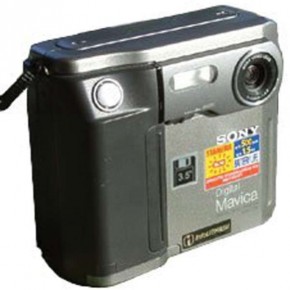 SONY Cybershot DSC-MD1: Also launched in 1997, this camera could store up to 2000 images in Picture MD format (using MD Data discs). It could also function as an MD audio format recorder/player.