The vivid blue hues combined with the deep, dark gouges on the side of a container convey a sense of neglect and seem melancholy. Photograph/Pål Gladsø

Pål Gladsø explores the coarse textures and typography found on urban streets and structures which usually remain hidden and unnoticed.

Description
To capture stark urban textures and themes, ones that seem ordinary and usually go unnoticed

Duration
It is an ongoing project.

Everyday, people walk past objects like old vehicles, torn out posters, graffiti on walls. However, I have found that these day-to-day objects remain unnoticed till someone captures them with a camera. When such commonplace things are presented to viewers in the form of a well-composed photograph, the inherent beauty in them becomes apparent. It is a sort of a paradox.

It is this paradox that I have attempted to capture in my images. I do not like to style or arrange the elements in my photographs. They just present themselves to me in a particular manner and I simply capture them. However, I do make it a point to actively look for beautiful, hidden details.

My Perspective
When I shot the first images of this series, I was the marketing manager for a TV station. In those days, we were in constant need for images that had strong textures. So, I began shooting images that were mainly to be used as backgrounds for onair promos.

Another major factor that spurred me on to make this series was the work of David Carson, an American designer, known for his innovative use of typography in magazine design. I was completely mesmerised by his chaotic, abstract style. He extensively uses various typographic elements and combines them with photography. This unique manner of designing images inspired me to capture a similar arrangement of design and photography. I purchased his book, Trek, on graphic design and since then, I have not looked back.

The Process
I just step out with my camera and look for subjects that have clearly identifiable textures or patterns. Smooth surfaces can be boring sometimes—I have found that rugged textures provide a lot of scope for experimentation. One is more likely to find a range of tactile detail in a run-down, old car rather than a brand-new, shiny car. Also, for me, strong colour contrasts lend a more definitive and crisp feel to the image. A grey wall is just a plain grey wall. However, a grey wall with the letter ‘X’ painted in red creates a more compelling visual. I actively look for imperfection as well. It gives a sense of character to lifeless objects in a graphic image. Perfectly shaped alphabets or wellpainted walls do not provide a versatile range of tones and textures, they do not always tell a story. However, weatherbeaten signboards or walls with flaking paint make for unique and unusual subjects. They speak volumes to the viewer about the years or seasons that they have seen.

Most of the subjects I shoot are things that people walk past everyday, without giving them a second look. The texture of tar on the road, patterns found in tree trunks, rotten wooden planks or even corrugated tin present many tiny details. All one needs to do is explore, observe closely, point and shoot.

My Equipment
I use a Nikon D300 with a Nikkor AF-S 18–70mm and a SB- 800 flash. In low-light conditions, the flash comes in quite handy. Sometimes, I prefer to use a softbox with the flash to evenly light my subjects. Doing this also helps in bringing out tactile details.

How to Capture Street Textures

This article originally appeared in the June 2010 issue of Better Photography. 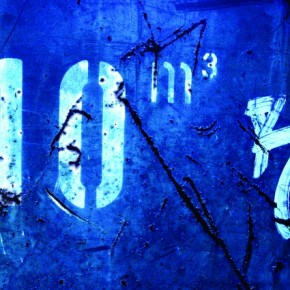 The vivid blue hues combined with the deep, dark gouges on the side of a container convey a sense of neglect and seem melancholy. Photograph/Pål Gladsø 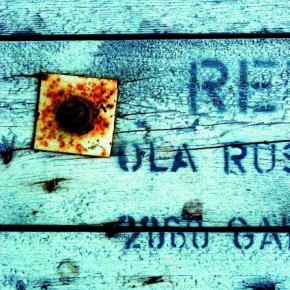 The combination of shapes like the square of the bolt and a weathered background make this image of the side of a barrack look striking. Photograph/Pål Gladsø 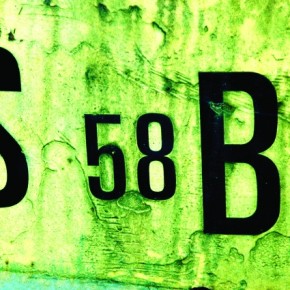 The strong black lines of the letters and numbers contrast strongly with the green hues of the pitted, rusty surface of a dumpster in a junkyard. Photograph/Pål Gladsø 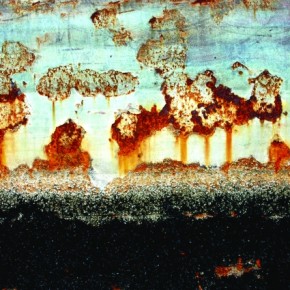 The side of a boat is covered with striking rusty oranges, whites and blacks made by water damage. Photograph/Pål Gladsø 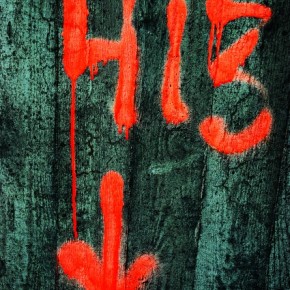 I find this image of a concrete wall dark, with lots of drama. The dripping red paint echoes the texture of the wall. Photograph/Pål Gladsø 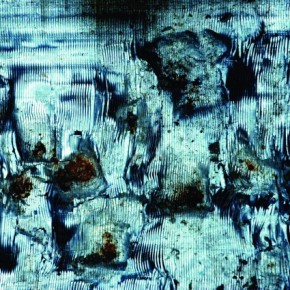 In this image, the thread-like metal lines on the back of an old, broken refrigerator exhibit a hypnotic texture. Photograph/Pål Gladsø