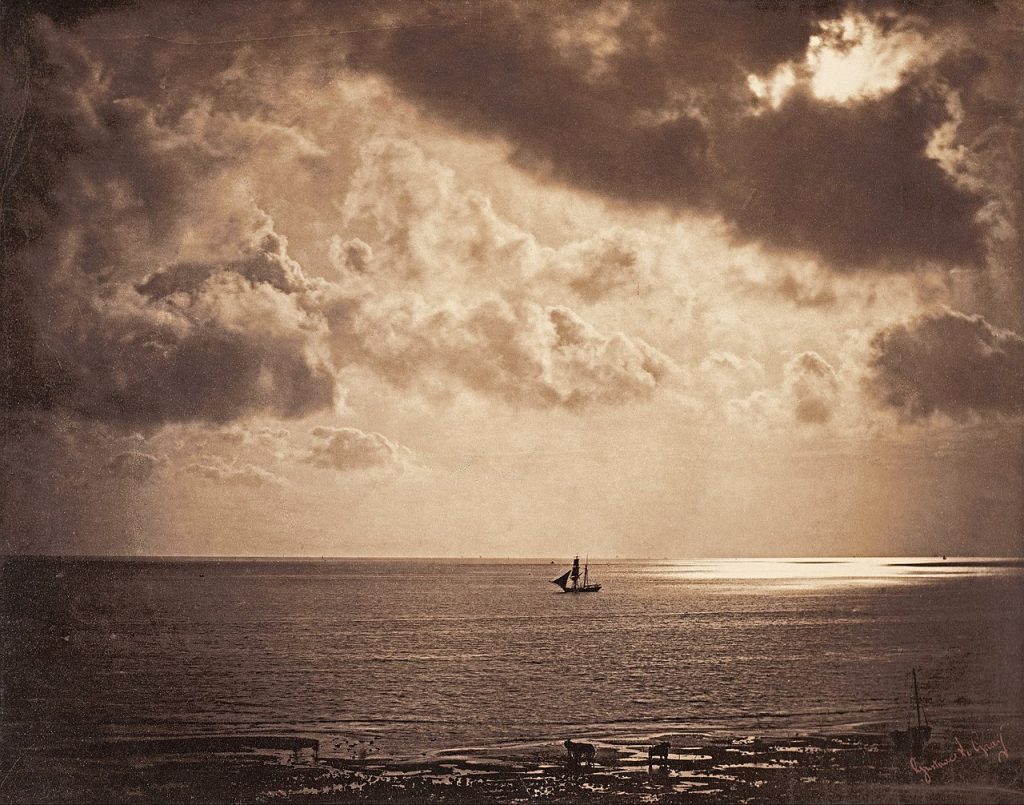 Gustave Le Gray took up photography in 1847 and quickly gained acclaim for his mesmerising seascapes. At a time when each exposure required several seconds, he was making images where both sky and sea were perfectly sharp and well lit. He accomplished this by printing each seascape from two separate negatives on
a single sheet. One would be exposed to the sea, the other for the sky.