Fly Me to the Moon

Sébastien Lebrigand talks about how he transforms an airplane into a space vessel, making its journey to the lunar landscape. 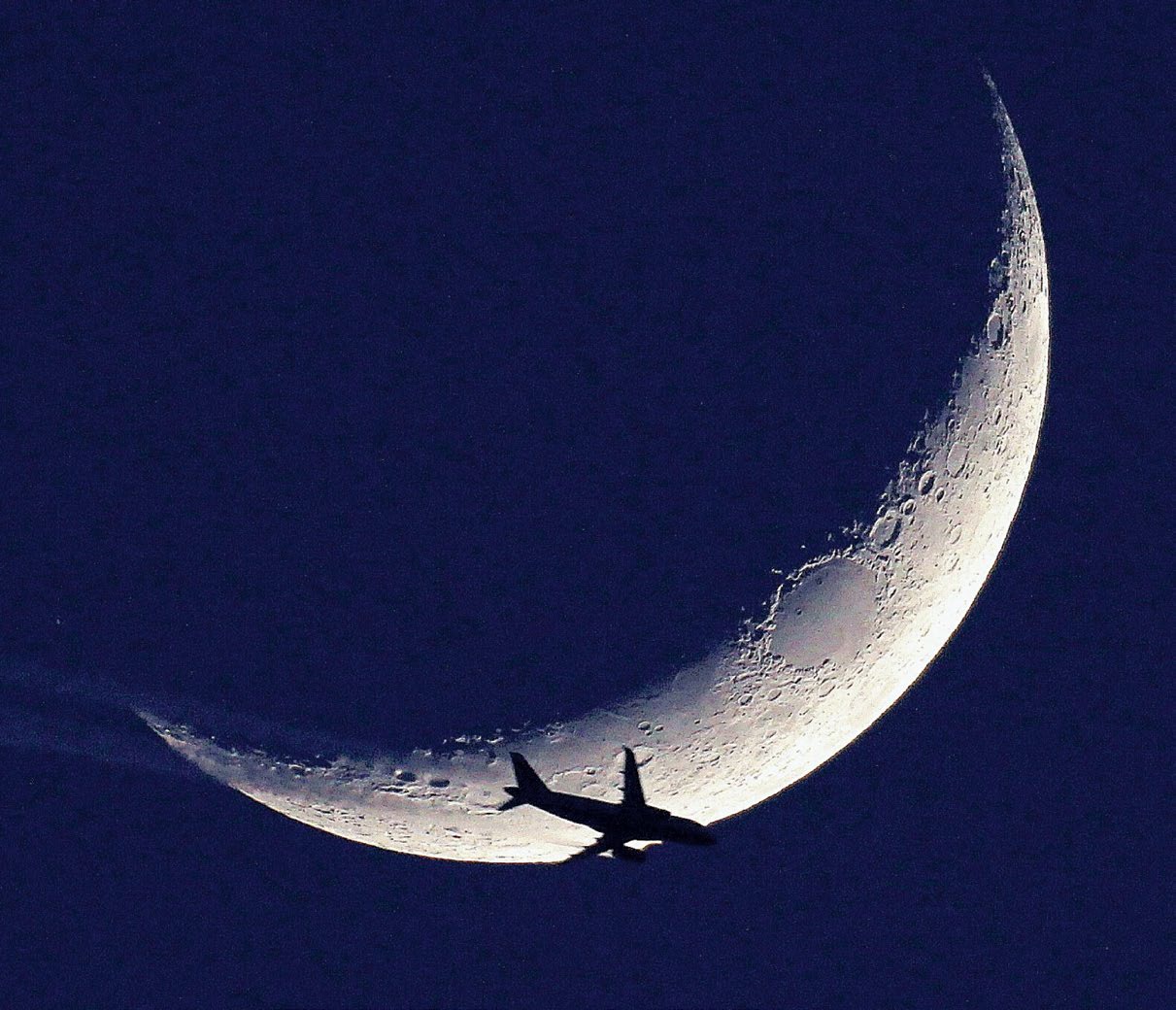 I have often been asked what has kept me inspired for the 20 years I have been shooting celestial bodies. To this, I respond that I enjoy making photos of what the eye fi nds diffi cult to see.

Remember the scene from ET: Extra Terrestrial, when ET launches the little boy to the moon? It is one of the most popular and celebrated movie stills which continues to invoke feelings of nostalgia and wonder amongst children and adult alike. People viewing my photographs also have a similar feeling, and I often receive comments comparing my images to the famous scene from the movie.

However, the movie wasn’t the inspiration behind the series. Instead, it was a lucky coincidence. I remember being occupied framing my shot of the moon, when on my camera’s display, I noticed an airplane whizzing past it. It was quite an unexpected moment and I quickly made a few photographs. Later, upon viewing them, I realised that there was certainly an element of uniqueness to the images. This was to be the beginning of the series. Eventually, I also began photographing the sun, with the airplane in the foreground, and this made a wonderful addition to the series. 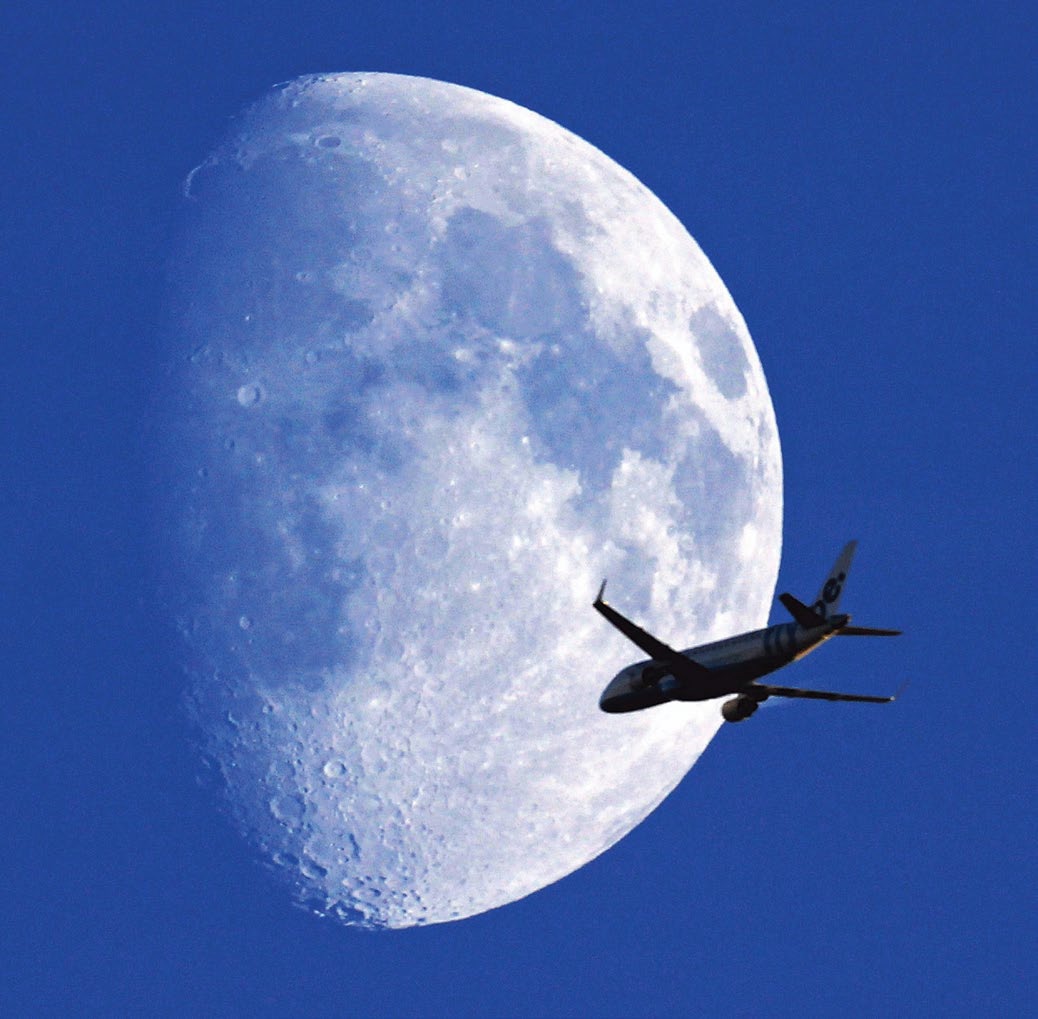 I spend a minimum of three hours every time I go out to shoot, and usually only end up with one to two images, owing to the quickness of the entire process. The difficulty is what pleases me the most.

As much as I enjoy shooting for the series, the entire process can be taxing. In order to get the right shot, I have to be extremely patient and prevent myself from rushing into photographing the moment. But at the same time, I have to be quick too, as the airplane takes a fraction of a second to fly across the width of the moon. This gives me barely any time to get my shot. Therefore, knowing when to press the shutter is definitely a little tricky, but can be easily learned with lots of practice.

For most astro-based photographers, an airplane passing the moon may not seem interesting enough. For me, it’s a great opportunity. 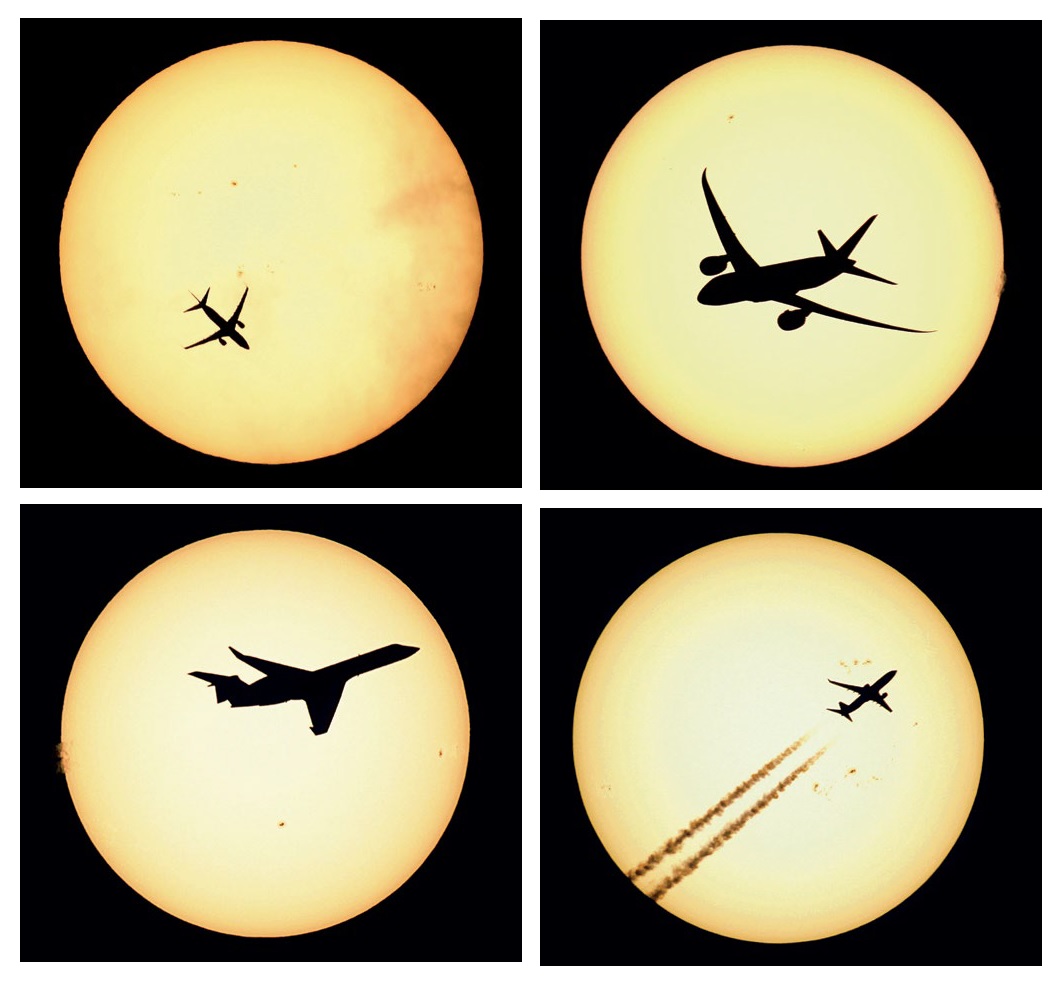 To photograph the sun, I usually set the exposure to about 1/8000 sec, and use a Neutral Density filter on my lens to protect it from the harmful rays of the sun. This gives me an exposure equivalent, which is four stops lower.

Another aspect that I need to keep in mind, before I set out to shoot, is the weather, and ensure that it’s not windy or that the sky is not cloudy. Aside from this, the only thing left is to cross my finger and hope that the airplane passages of the day are not irregular, so that I don’t waste time sitting idle, waiting for a plane to appear. However, there are instances where the conditions are so unfavourable that I have to wait for a month to get the desired image.

While I have received ample of praise for the series, there have been an equal number of people accusing me of manipulating the images in Photoshop. To be honest, I am not very familiar with the image editing software! In fact, I only go as far as cropping and increasing contrast, so that my photographs are as close to what the human eye sees.

I use a 600mm telescope attached to a Canon EOS 60D camera, along with a 106mm refractor.

Tips on Making Timeless Photographs of the Moon

• Shooting at Twilight: Photographing at this time will ensure that there is sufficient ambient light to capture the moon and the landscape. The impressive orange and violet shades in the sky will also lend drama.
• Embracing Clouds: Don’t think you cannot shoot on a cloudy night. The full moon enveloped in a light cloud cover can lead to surreal photos.
• Playing with Size: To make the moon appear disproportionately bigger than its surroundings, use a longer focal length. Inversely, a shorter focal length will make the moon appear smaller and more distant from any foreground elements.

This article originally appeared in the February 2016 issue of Better Photography. 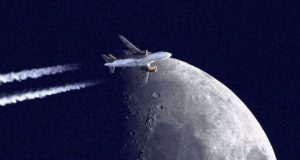 I like that my photographs appear like distortions of scale and perspective. I think this is what lends a fun and space-like feel to the photographs. 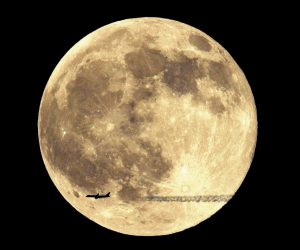 Since I reside along the flight path of the local airport, you will always find me out in my garden shooting pictures of the moon.