Like a rising crescendo, Indrajit Khambe’s images of his wife’s difficult delivery tell you the story of the miracle of birth.

My wife waits on the scanning table. The photo of the baby on the wall represented the dream of every mother. I deliberately hid her face behind the monitor to indicate that all the mothers in the world have the same face and dream. 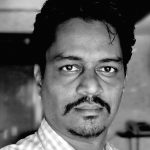 Everything was going smoothly with my wife’s pregnancy term, until she reached the end of the sixth month. A medical checkup reported that the water in her womb had drained, and she would have to go through immediate treatment to deposit water externally in her womb.

This treatment occurred three times during the next two months. I ended up spending 35 days in the hospital with my wife and my five-year-old daughter Saee. It was then that I decided to document this process, right up to the point where my wife would eventually go into labour and deliver the baby.

Several moments of quietude interspersed with the more intense moments. It was important for me to capture it all, because without the gentler moments, the story would not seem so real.

Carrying a DSLR in such a cramped space became cumbersome, so I shot the photos with my Fujifilm X20. Those days were really testing on all of us, and yet I found that making pictures of the process became my way to keep our sanity intact. Capturing these moments of ordeal became my way of keeping calm for my wife. We were blessed with a healthy baby on 3 March 2015. These photos will always make us remember.

— As told to Supriya Joshi

Documenting the Highs and Lows of Family Life

This article originally appeared in the November 2015 issue of Better Photography.

Indrajit Khambe is a computer technician from Kankavli, Sindhudurg. He has been making images since the last three years, influenced by icons like Josef Koudelka and closer home, Pablo Bartholomew. 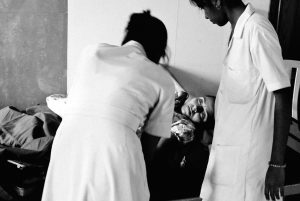 This was the first day of my wife’s hospitalisation. There is a solemness in her eyes, which seemed like a scary precursor to what lied ahead. 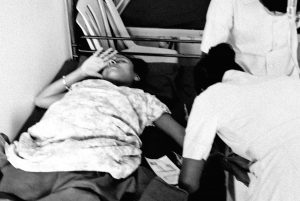 Sometimes it was hard to capture intense moments, because I failed to detach myself emotionally from watching my wife’s pain. 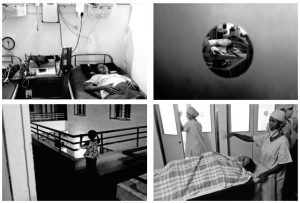 The miracle of life… there is no truer joy than watching a human life come into existence, specially one that you have helped create. These images are now precious heirlooms for my family. And once my baby boy is grown up, he can truly understand how he came into being. 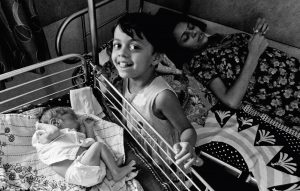 My daughter watches over her new brother, as my wife takes a breather. It astounded me how in a single frame, my family was complete. 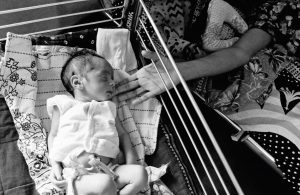 Here, my wife reaches out to touch our new born baby boy. The sense of calm and relief is almost palpable. 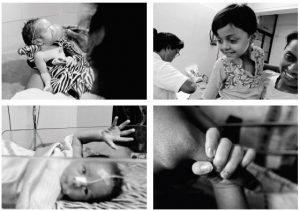