After the first few shots in this series, which were silhouettes, I started composing my frames with a single green leaf in it. To my eye, the images immediately became more meaningful. Photograph/K Madhavan Pillai

Weekend getaways are the best times to have your camera with you. It gives you a chance to unwind, relax, and leisurely look at things. On a recent weekend trip, after a wonderfully muddy, six-hour trek, I checked into a quaint, secluded, ecofriendly hotel called ‘The Lion’s Den’, at Lonavala, a hill station near Mumbai. It was raining heavily without respite. At the hotel, I spotted a tiny pathway, leading to a backyard greenhouse and an open lawn. The pathway was sheltered from the rain with a sloping, corrugated, blue PVC roof. It was covered with fallen leaves in various stages of atrophy. A few of these leaves were still fresh and green. The others were slowly deteriorating in their decay. Patches of moss had grown all over. Initially, what caught my attention was the forms, patterns and colours on the roof.

My Perspective
As I stood there enjoying the roof, I began to see the entire cycle of disintegration. A fresh, green leaf, broken from the trees above by the wind and rain, would start dying from the edges, slowly turning black and opaque. Over time, it would start fraying and flaking, leaving behind serrated edges, holes and gaps. After a while, the only thing that remained was the skeletal structure. This would further break down into smaller particles until it was completely washed away, as if it had not existed at all.

Generally, in these sort of shooting situations, the more one looks at something, the more one tends to see. The best frames are often hidden… like a puzzle. Before getting the camera out, I spent a while looking at the small details and identifying potential shots.

The Process
I wanted to capture every detail well so I decided to use lower ISOs of 100 or 200. Light levels were low. This meant that my shutterspeeds were between 1/8sec and 1/30sec, depending on which part of the roof I was shooting. I did not have a tripod and the roof was sloping. To get perfect focus on all parts of the frame, I had to angle the camera so that the lens plane was parallel to the sloping roof. I also wanted perfect framing so that I did not have to crop any of the shots later.

I ended up taking three or four shots of every composition in RAW, checking for sharpness and reflections across the frame. I moved to the next frame only after I was completely satisfied with the previous shot.

After three hours, my back was painfully stiff because I was constantly pointing the camera upwards. In all, I managed to get 40 satisfying photographs, with which I also plan to create a few polyptychs.

My Equipment: I used an Olympus PEN E-P2 mirrorless camera along with the 9–18mm f/4-5.6 and the 14–150mm f/4-5.6 lens for these shots. However, any camera, even a good basic compact, would have been be able to deliver fairly good results in a situation like this.

When Details Are Important… 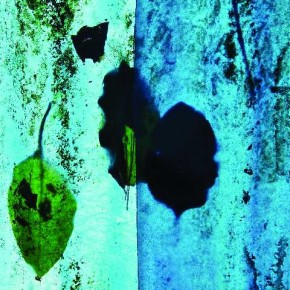 Were it not for the pouring rain, the wet leaves would not have adhered to the roof. It lent the broken leaves sharpness and translucency. Photograph/K Madhavan Pillai 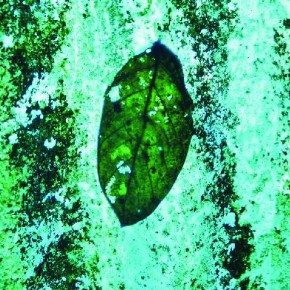 The more sheltered patches of the roof had moss growing on it. It added its own unique texture without which some of the photographs would have been plain. Photograph/K Madhavan Pillai 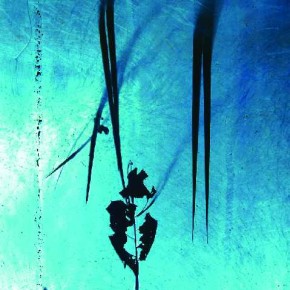 As I continued shooting, two distinctly separate series formed… one which is completely monochromatic, and the other with the addition of green. Photograph/K Madhavan Pillai 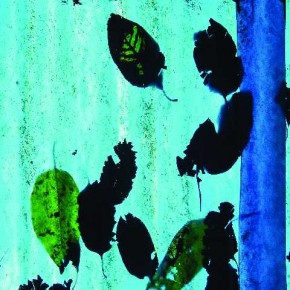 The contrasts do not end with light and shade. There are blurred and sharp areas. There are fresh and decayed, perfectly formed and fragmented leaves. Photograph/K Madhavan Pillai