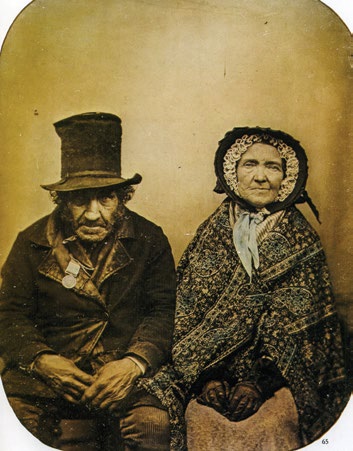 Based on Frederick Scott Archer’s wet collodion process, ambrotypes were intentionally underexposed as negatives, which were then optimised for viewing as positives. They were far less expensive to create than daguerrotypes. While in the late 1850s, it began to take over the latter in popularity, they were still considered relatively dull to view in comparison to a well-made daguerreotype. James Ambrose Cutting, who made several patents related to the process is credited with its invention.