This image, which looks like an abstract painting with splashes of colour that have travelled over the canvas, is actually of a pattern created by sand. Photograph/P Sreesailam

Ambarin Afsar lists out ways in which you can take pictures that turn heads and make you look at them again and again after the first cursory glance.

How many times have you listened to the same song as soon as it gets over? How many times have you seen your favourite film and discovered new things—things that you might have missed the first time? Similarly, an unusual photograph can make you look at it over and over again after the initial glance. With each view, the picture might amaze you or make you laugh. Now, to create one of these beauties for yourself, all you need to do is follow a few tips and in no time you will make people say, “Hey! Did I just see that? ”

Seeing the Unusual
To capture an image that turns people’s heads requires keen observation. Look around you and you will find that almost every object has a strange, hidden side to it.

The small fibres on flower stalks might look uncannily like human hair. A small fan might seem like the propeller of a boat or a tiny animal that has curled up to sleep, might seem like a soft cushion. A block of plain notepaper may seem like a cube and even the surface of the desk might acquire a unique, abstract texture by being subjected to a lot of wear and tear over the years. Train your eyes to look for the strange and the bizarre and you will be rewarded by the odd world that surrounds us.

Understanding Visual Puns
A pun is a word that sounds similar to another word, but means a completely different thing. Similarly, in the world around us, we often see things which resemble other, but are otherwise completely disconnected. You can spot faces in kaleidoscopic forms in landscapes that are perfectly mirrored in a still lake . Even the rough bark and hollows of trees can give you strange-looking human faces or demonic forms. The texture of leather can seem like deep, criss-crossing lines or pathways.

Rivulets of sand can seem like softly flowing fabric; while water can look like a sheet of glass or undulating cloth. Architecture can also provide you with many opportunities to capture strong symmetrical shapes, such as rows upon rows of frosted glass, iron beams, girders and other aspects that might not be easily visible in natural elements. Once you understand these visual puns, all you need to do is find an angle or a viewpoint that will do justice to the never-before-seen aspects of an ordinary object.

Creating Illusions with Lenses
Sometimes, you might need the help of your gear to further enhance an illusion that already exists. You could use the wide end of a kit lens or a wide-angle lens to achieve a frame with curved edges. Shooting from the wide end can also help you use the distortion to make quirky people or pet portraits, where the centre of the face seems unusually large compared to the rest of the frame.

You can also use fisheye lenses to achieve a greater degree of distortion as these lenses make the frame appear bulging. With such lenses, lines turn circular, instead of seeming curved! Almost anything you point a fisheye lens at, be it a stairway or the window of your own house, seems like it has been constructed by someone who makes roller coasters. Bridges, lakes, tall structures and even people can seem extremely distorted, giving the images an unbelievably whacky appeal.

The Hidden World of Macros
Extreme close-ups and macro shots can open up whole new avenues of appreciating the mundane. Veins of leaves look like city maps, the irises of eyes can seem like velvety tunnels disappearing into the black of pupils. A macro of an ice cube can reveal an entire frosty, glacial world inside the ice cube. A close-up of fabrics can reveal innumerable warps and wefts within.

Tiny insects and their strange anatomy can also provide you with stunning images. The multiple eyes of spiders, the compound eyes of flies, delicate wings of dragonflies and seemingly dangerous mandibles of ants can all make for images that make the viewer gasp in wonder. Remember that double takes do not need to be absolute. Do not completely avoid a picture just because it seems mild and less dramatic. Even a hint of a different meaning and an unusual sight can spark off the viewer’s interest and make him do a double take. 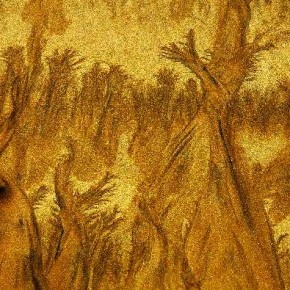 This image, which looks like an abstract painting with splashes of colour that have travelled over the canvas, is actually of a pattern created by sand. Photograph/P Sreesailam 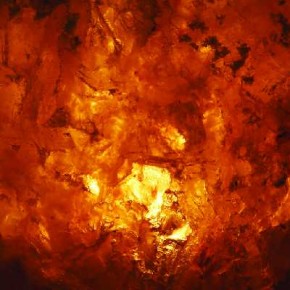 Though it looks like an image taken in an underground cave, this is actually a capture of a simple salt crystal. Photograph/Bartosz Borecki 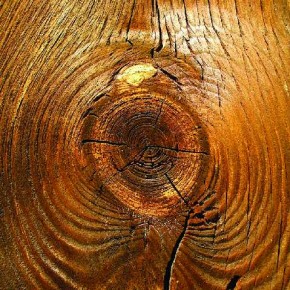 The concentric circles and the knotted textures of the tree trunk seem almost hypnotic. Photograph/Andrew Beierle 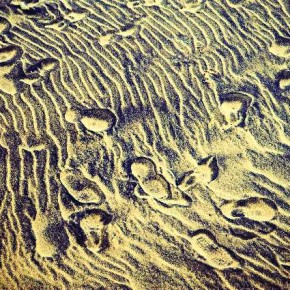 A capture of footprints on rivulets of sand can seem like bacteria travelling on the slide of a microscope. Photograpgh/Ravikiran Vissa 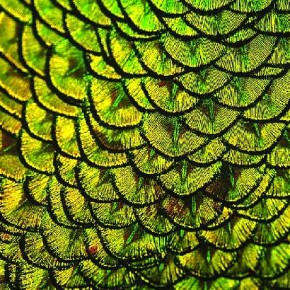 Though it looks like an ornate jewellery piece, this is actually a closeup of peacock feathers. Photograph/James Stapley A picture of the chairs stacked at a fair, looks like strange, multicoloured bamboo poles. Photograph/Ishani Sule 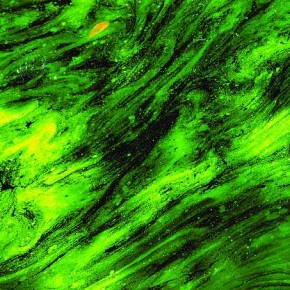 The surface of a mosscovered pond looks like a distant green galaxy dotted by tiny stars. Photograph/Shaji Cher Thala 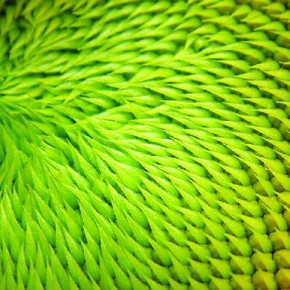 These alien-looking green spikes are actually the seeds of a sunflower. Photograph/Diane Miller