Previsualise the story that you wish to narrate, and then wait. Shot with: Samsung Galaxy Nexus. Photograph/Raj Lalwani

Whether you are using a basic cellphone or a high-end smartphone, there are several things you can do to speed up its camera. Raj Lalwani elaborates.

How many times have you blamed your cellphone for images that have missed the moment? Are  the subject’s eyes closed? Or  is it not even in the frame? To  avoid pictures that miss the action, here are a bunch of things you should keep in mind.

Focus Before You Click
Most phones take time to make the picture after you have pressed the button because there is a bit of delay before autofocus is acquired. If you have found a potential subject and are simply waiting for the action to happen, keep the focus locked and wait. Make pictures from the hip. Your subject will have no idea and you will get the natural moment. Shot with: Samsung Galaxy Nexus. Photograph/Raj Lalwani

How Most Phones Actually Work
This is something that confuses almost everyone! Most cellphone cameras work very differently as compared to compact cameras and DSLRs. The photograph is not made when your finger presses the button (or touchscreen). Instead, it is made at the exact instant when your finger is released. So, keep the click button (the physical one or the touchscreen) pressed, and release it at the perfect  moment.

Do Not Abuse the Burst Mode
High-end phones nowadays do not have this problem, but budget cellphones often take a bit of time to get ready for the next image. So shoot only if it is absolutely necessary instead of blindly firing away. Use the Native Camera App
You may enjoy apps like Instagram, but avoid shooting through the app itself. The  native camera module is almost always faster than a third-party application, especially in terms of the lag between two shots. After you have got the moment, you can transport the picture to the app of your choice and make the required changes.

Assign a Shortcut
You anticipate a picture, remove the phone, unlock it, go to Apps and then click on the Camera icon. Quite obviously, the moment would have elapsed by then.

Keep the Camera icon on the homescreen. Some phones allow you to access the camera when the phone is locked, while others let you configure a button as a direct shortcut. Get into the heart of the action yourself! Shot with: Micromax Canvas HD A116. Photograph/Raj Lalwani

Lighten the Load
The camera module is directly linked to the Gallery folder on your phone, and if there are a lot of images in there, it tends to become slow. Always back up your images after a day’s shoot and keep the Gallery as clean as possible.

Use a Task Killer
Some phones are not as good at multitasking as others. Close the apps that are running in the background manually, or use an efficient Task Manager. Sometimes, the best way to get one shot that has everything in place, is to make a lot of photos in the first place. Shot with: Samsung Galaxy Nexus. Photograph/Raj Lalwani Once you find an interesting background, lock focus and release the finger only once a subject enters the frame. Shot with: Samsung Galaxy Nexus. Photograph/Raj Lalwani

Don’t Talk Too Much!
There are often phases when everything is going perfectly… there are plenty of potential subjects around, and several great moments seem to present themselves to you. Wouldn’ t the worst possible thing at a time like this be a phone call? If you are in the zone, consider switching to the Airplane mode for awhile, so that nothing can disturb your shooting.

Technical considerations left aside, remember that gear is secondary. Whether you are using a high-end DSLR or an expensive phone, the most essential step to capturing the moment is to understand your subject and then, practise, wait and anticipate.

This article originally appeared in the May 2013 issue of Better Photography. Cellphones don’t have optical zoom, so you need to get physically closer. Take one step at a time, so that you don’t scare the subject away! Shot with: Samsung Galaxy Nexus. Photograph/Raj Lalwani

Essential Practices for the Serious Phone-ographer.

• Carry Your Phone Everywhere: Well, most of us do this anyway, which is why cellphone photography is great for creating a visual diary of everything we do. But remember, do not underestimate any shooting situation. A potential great frame may be lurking anytime, anywhere.
• Be Serious, Look Casual: Cellphones are unobtrusive, but sometimes, a photographer’s approach may attract too much attention. Be serious about getting the shot, but do not kill the moment by intimidating the subject.
• Ask Yourself Which Camera You Need: Recognise which situations are better shot with a DSLR and which ones need the inconspicuous cameraphone.

Cellphones Need You to Get Really Close… But Where Does the Limit Lie? 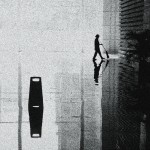 When Subjects May Become Conscious: If you want a candid movement instead of a posed stance, you would do best to stand at a slight distance and then crop the photograph, as was done in this image shot from a distance. Photograph/Raj Lalwani 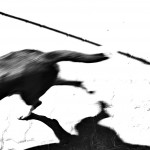 Photography Around One’s Own Periphery: Since cellphone lenses are quite wide, you may find some interesting activity happening, literally, at your own feet. It may be a dog scampering across, or a few interesting shadows. The catch is to be quick, but silent. Photograph/Raj Lalwani