Disputed Photograph from the Indian Mutiny 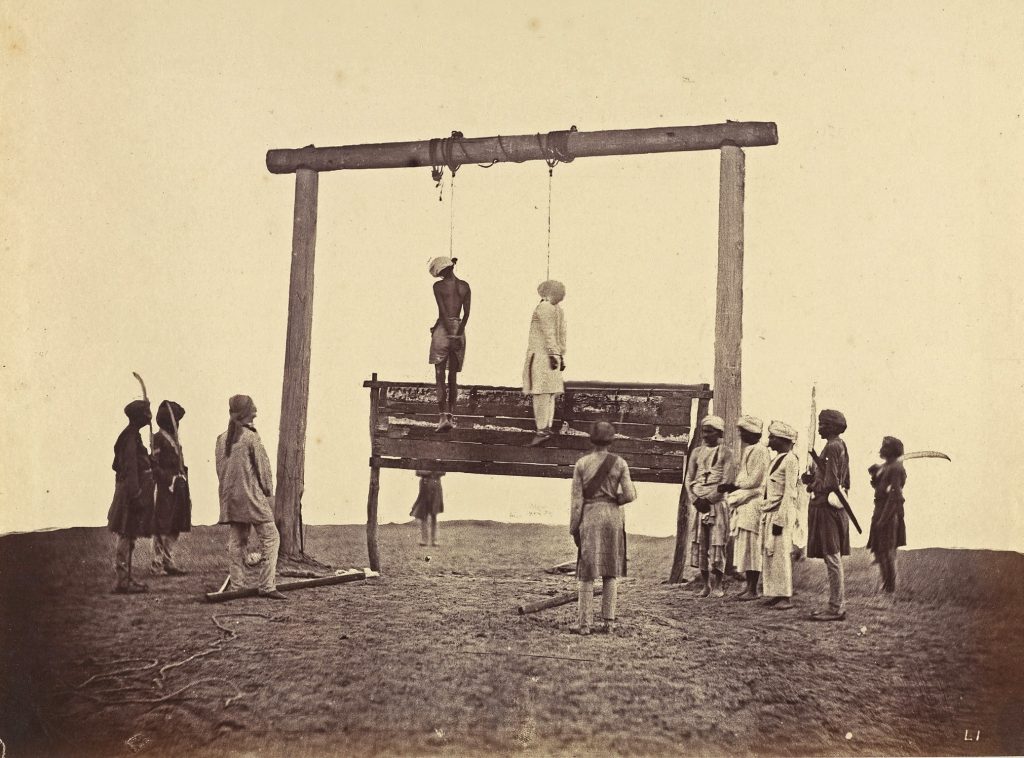 Titled Mutineers Hanged, the image was made during the aftermath of the Revolt of 1857. It was shot by Anglo-Italian photographer Felice Beato in 1858. The location of the image is contentious, with the Google Cultural Institute calling it Lucknow, while The J Paul Getty Museum mentions it as Delhi. Another topic of debate is the identity of the two men being hanged. According to Getty’s records, they were sepoys belonging to the 31st Native Infantry. However, the book Felice Beato: A Photographer on the Eastern Road mentions that the 31st Infantry did not participate in the revolt. Incorrect documentation might have caused the error and the men may have only been villagers. Also, it is interesting to note that the photograph seen above (from Getty’s collection) is not the original photograph. The original image featured a stretch of blurry hills in the background. However, it is unknown if it was removed to make the men appear prominent and increase the impact of the photo.

The Indian Mutiny of 1857 was India’s first war of independence that challenged the rule of the British East India Company. After learning about the uprising, Beato had arrived in India eager to capture the aftermath of the rebellion. He travelled along with the British troops and this allowed him to make photos of the main areas of the mutiny—Lucknow, Delhi and Cawnpore (present-day Kanpur).

This article originally appeared in the August 2014 issue.