The Kosi river flows through the state of Bihar and sustains millions of people through its rich fertile deposits along its banks. It is considered to be a goddess among the masses. Photograph/Dhiraj Singh

Dhiraj Singh documents the havoc caused by one of the most disastrous floods in the history of the state of Bihar, through the travails of one of the victims—Rubi Devi.

River Kosi, a transboundary river that flows through Nepal and India, changed its course in mid-August 2008 and flowed across three new districts in the state of Bihar. This change, of course, resulted in a disastrous flood, affecting as many as 30 million people.

One victim of the flood was 22-year-old, eight-months pregnant Rubi Devi. She was marooned in her village for over 15 days without proper drinking water, sanitation or food. By the time help arrived, she was already suffering labour pain. After a failed attempt at delivering her baby on a road next to the rescue landing, she was ferried to a hospital and then to another one, 120kms away. She was denied admission in both.

She was eventually admitted to another hospital that was even further away. By the time a doctor could visit her after two days, she required three bags of B-Negative blood to survive. Sunil Yadav, her husband, after running between Red Cross and relief NGOs for over three days, managed to fetch just one bag of blood. Four days after the ordeal began and around nineteen days after the floods hit the state, Sunil Yadav was still looking for two more bags of blood. Ultimately, the child was born—only to be alive for four days.

While Documenting a Natural Disaster

Believe in your instincts and follow them. Sometimes, they work and sometimes do not. But never give up. Once you have taken up a subject, see it through till the very end. Do not abandon a project in the middle.

Dhiraj Singh is an independent photographer based in Mumbai. A graphic designer by profession, he turned to photography to explore the world around him. Working since 2007, he began by focusing on stories from India. His work has been published in various international magazines and showcased in galleries across the world. 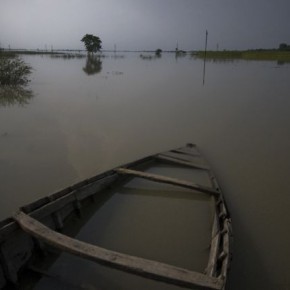 The Kosi river flows through the state of Bihar and sustains millions of people through its rich fertile deposits along its banks. It is considered to be a goddess among the masses. Photograph/Dhiraj Singh 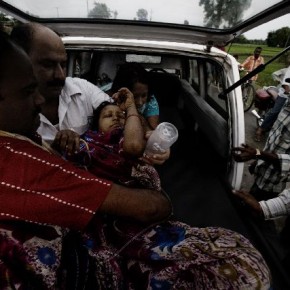 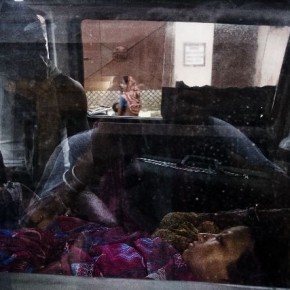 Rubi Devi and husband Sunil Yadav wait outside a local hospital where doctors recommended her to another hospital due to lack of facilities. Photograph/Dhiraj Singh 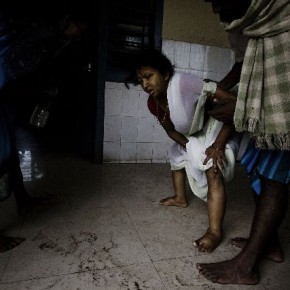 Rubi Devi is helped to the bathroom by her husband Sunil. Even basic facilities like a wheelchair and bed pan were lacking in the hospital. Photograph/Dhiraj Singh 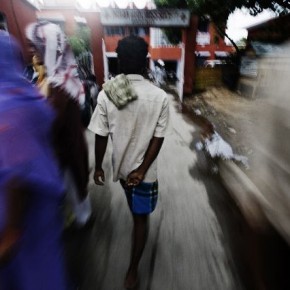 Sunil makes rounds of all medical centres in the area in search of B-Negative blood. The wait was agonising. Photograph/Dhiraj Singh 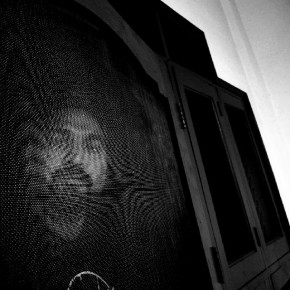