All that remains in Dhanushkodi are the ruins and the 200 families who make their living by fishing. Photograph/Rajiv Kumar

Rajiv Kumar discovers what it feels like to experience a historically significant, yet dislocated piece of land, in its complete entirety.

This story was originally published in November 2013.

Rajiv Kumar
is a Delhi-based
freelance photographer.
His series
‘Dhanushkodi’ was
exhibited at the 2013
edition of Delhi
Photo Festival.

Dhanushkodi is a small piece of land located on the eastern coast Tamil Nadu. The first time I visited the place, I felt a strange affinity towards it without knowing why. The once-thriving town was destroyed in a mega storm in December 1964. Despite this, there is still something special about the area that is not easily overwhelmed by the present or by its recent past. I knew that the land had several stories to tell. To put these feelings into context, I visited again in 2009. I was sure about not using colour for this project because Dhanushkodi, with its white sands and endless blue waters, would have been immediately transformed into an oversaturated postcard series. I used a fully manual film camera, which, in many ways, slowed down the whole photographic process and helped me take the time to notice things I might have otherwise missed.

How to Bring Out the Essence of a Land 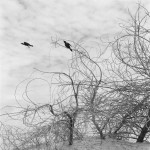 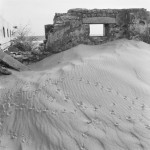 All that remains in Dhanushkodi are the ruins and the 200 families who make their living by fishing. Photograph/Rajiv Kumar 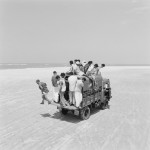 I have tried to experience Dhanushkodi in many different ways. Even if it meant that I visited the place during different times of the day. In the end, it was all about having a complete experience. Photograph/Rajiv Kumar 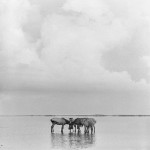 During the colonial period, ponies were an important part of keeping the communication network going. Over the years,the animals have become feral and lead their own secret lives, wandering around the entire length of the land. Photograph/Rajiv Kumar 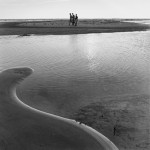 The landscape changes daily in subtle and sometimes dramatic ways, a quality that first attracted me towards the place. Photograph/Rajiv Kumar 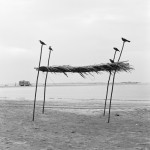 Picturesque setups like this are common,created to provide temporary shade to tourists from the sun. Photograph/Rajiv Kumar 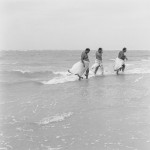 Dhanushkodi is an important pilgrimage destination for Hindus,as this the spot where the Ram Setu was built in the Ramayana. Photograph/Rajiv Kumar 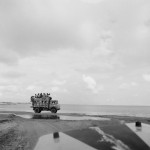 Since there are no proper roads, visitors usually walk or take an overcrowded fishing cart or hire expensive four wheeler jeeps to get around. Photograph/Rajiv Kumar