Due to the large amount of blacks in the frame, I sometimes underexpose or bracket my exposures. Exposure: 1sec at f/22 (ISO 160). Photograph/Ajay Verma

In an attempt to preserve and celebrate Indian classical dance, Ajay Verma captures the beauty and fluidity of dancers in motion.

This article was originally published in December 2011.

Classical dance has always been an important part of our heritage. These sacred musical theatre styles can be traced back to the Natya Shastra created by Indian music guru Bharata Muni roughly around 200–400 BC. Unfortunately, this beautiful art seems to be dying. My photos are my way of helping the ongoing struggle to preserve them.

My Perspective
I have been greatly influenced by the photographs of Avinash Pasricha who has been shooting Indian performing arts since the 1960s. His work has been a huge source of inspiration to the kind of photography I have attempted.

The Process
I started shooting these dance forms at the Ananya Festival, an annual event conducted at the Purana Qila, New Delhi, to honour India’s musical history. Over the years, I have always enjoyed using slow shutterspeed techniques. Considering the low light levels during these performances, the deliberate use of blur made sense.

Initially, some of the images were too blurred to comprehend. With a little bit of practice, I was able to exercise more creative control in terms of how defined the blur was. My choice of shutterspeed varied from 1/60sec to 1sec, depending on how fast or slow the dance movement was. The best time to capture images like these, is around the time the dance begins or ends. The movements are slower at these times and it is easier to capture the image that you have in mind.

Motion effect shots look best if only a part of the dancer—the dress, arms or legs— is blurred, while the face and main body structure are reasonably sharp. One can also achieve completely blurred photos by moving the camera during the exposure. Keep in mind that the percentage of bad shots will certainly be high because the results are very unpredictable. But maybe, that is why it is so much fun.

My Equipment I started shooting these images on film, using the Nikon F55. Later, I started using digital SLRs like the D80 and D200. Since the stage is at a distance, I use a telephoto lens like the Nikkor 80–200mm f/2.8. 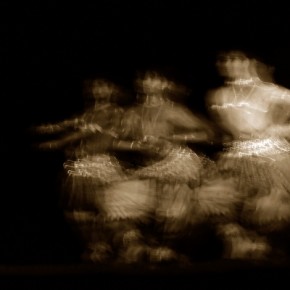 Due to the large amount of blacks in the frame, I sometimes underexpose or bracket my exposures. Exposure: 1sec at f/22 (ISO 160). Photograph/Ajay Verma 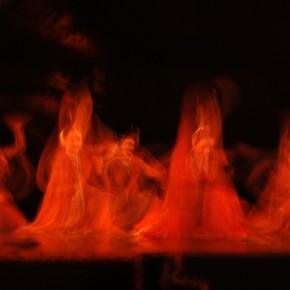 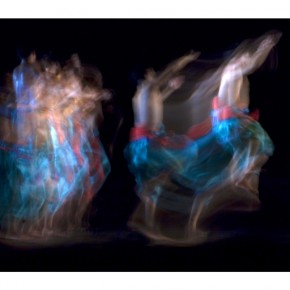 I always try to ensure that my frame has one clearly defined form. Exposure: 1/1.3sec at f/18 (ISO 200). Photograph/Ajay Verma 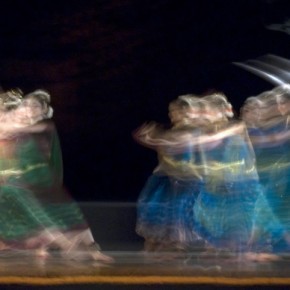 I try to watch out for any short intervals in the dance movement, so that the blur has some definition in it. Exposure: 1/2.5sec at f/14 (ISO 250). Photograph/Ajay Verma 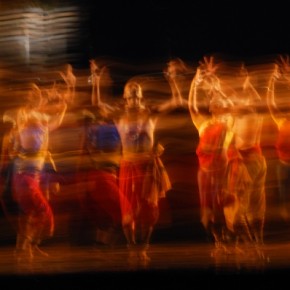 According to me, the Shutter Priority mode is the most convenient mode to use while attempting such shots. Exposure: 1/1.6sec at f/11 (ISO 640). Photograph/Ajay Verma