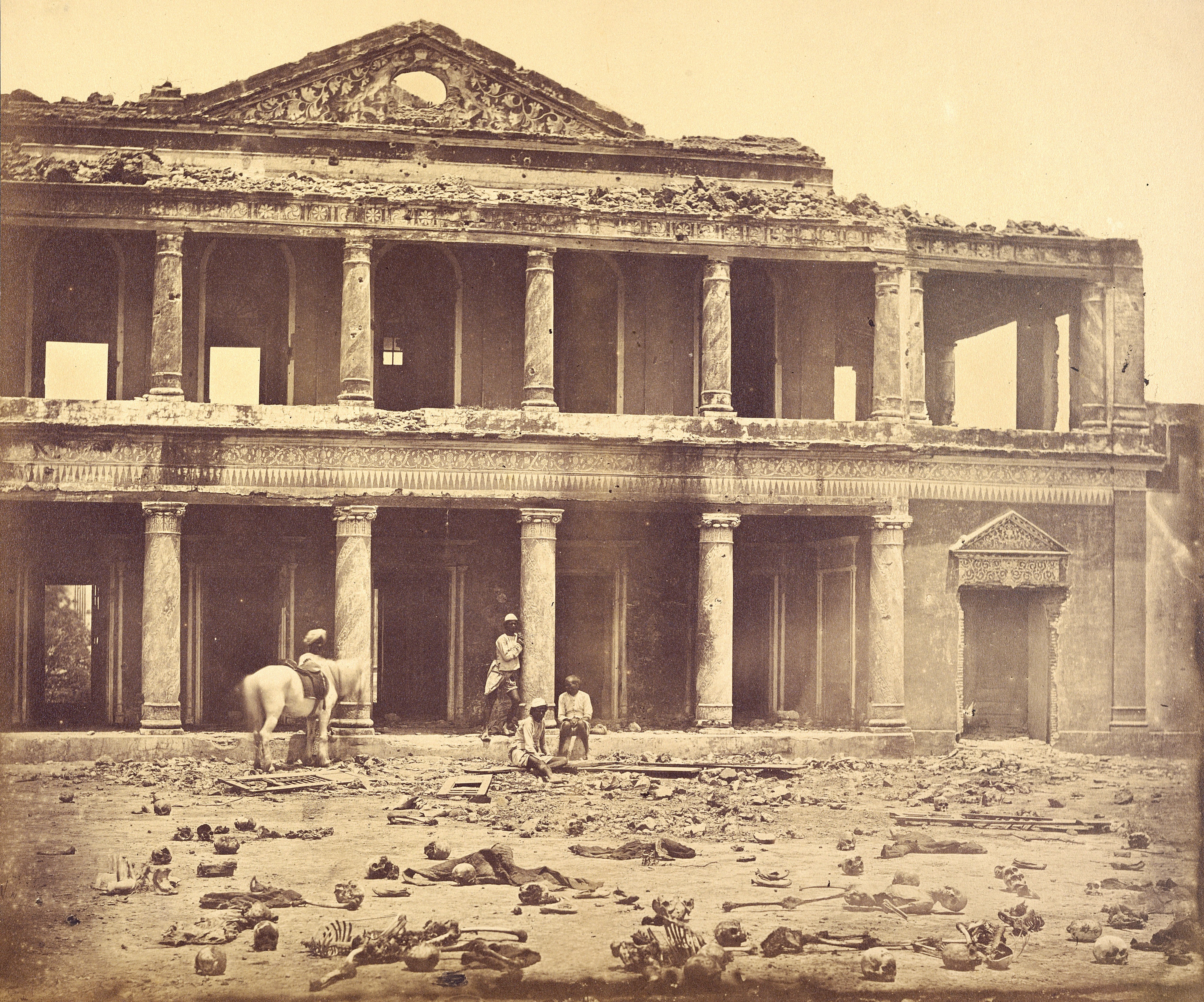 Pioneer war photographer Felice Beato, spent five decades traversing through East Asia photographing landmark events like the Crimean War (1855-56) and the Second Opium War (1860). He also documented the aftermath of the Indian Mutiny (1858-59), where under the guidance of the military forces, he visited the different sites of the war, namely, New Delhi, Cawnpore (Kanpur) and Lucknow. Of these places, his photograph of the slaughter of 2000 rebels at the Secundrabagh palace courtyard is amongst the earliest images depicting corpses on a battleground. The dismembered skeletal remains in the foreground is said to belong to the rebel sepoys, who retaliated against the rumoured greasing of rifle cartridges with pig and cow fat, as it went against the religious sentiments of the Hindu and Muslim soldiers. However, historians believe that Beato rearranged the bones for dramatic effect, and to also bring out the magnitude of the war. Later, he went on to extensively photograph the northern parts of the country—Agra, Benaras (Varanasi) and Amritsar, where he focused on the city’s architectural features.