Pinhole cameras require long exposures, so you may need to fasten them onto steady surfaces, to avoid shaky images. Photograph/Kirsten Thormann

Supriya Joshi finds several good reasons why this technique was developed in the 4th century BC—simple and fun to make are just two of them.

Perhaps the most versatile of all non-camera techniques, pinhole photography has been in existence for the longest time. In fact, it was one of the earliest forms of photography, and modern photography finds its origins from it. But, this does not mean that pinhole photography is obsolete—on the contrary, there has been a revival of sorts in recent years, thanks to its vintage appeal. Interestingly, several modern-day cell phone applications simulate the pinhole effect too.

The Basics
Would you associate matchboxes with photography? The fact is, you can create your own pinhole camera with several different kinds of objects, including materials like soda cans, cardboard boxes and even coffee cans. Pinhole photographs have an almost unlimited depth-of-field, so that objects close to the lens to infinity are in focus. Photograph/ Cop Richard

A Simple Principle
The basic concept behind pinhole cameras is to use a light-tight box, within which the picture will be made, even as light passes through a pinhole. It is important that the pinhole on the camera is extremely small and precise—not bigger than a tiny point—to get a perfectly sharp image. Failing to do so can result in light leaks or blurred pictures.

Constructing a Camera
Regardless of the ‘box’ you use to make your pinhole camera, ensure that it is lightproof. To do so, cover the box with black chart paper or black tape. Place a photosensitive paper or negative on the other side of the plane with the pinhole. Ensure that you handle the film or paper in a completely dark room.
You will also have to create a makeshift shutter that will act as a barrier between the pinhole and the photosensitive paper or film. If the film is closer to the pinhole, you will get a wider field of view, but a shorter exposure time. If this is reversed, and the film is kept farther away from the pinhole, you will get a narrower field of view and a longer exposure time. Even the most common subjects can look fascinating when shot through a pinhole camera. Photograph/Kirsten Thormann

The Aperture Game
A smaller pinhole will result in sharper images, but if the material on which the hole is made is too thick, it can cause diffraction. It is best to make a large hole, fix a piece of tin foil on it, and then punch a tiny hole on the foil with a needle.
The aperture value of a tiny pinhole is usually between f/128 to f/2048, depending on the distance between the pinhole and the film plane. At these apertures, your exposure time with ISO 100 film in bright sunlight would be about 30sec to 8 minutes. A bit of trial and error will be needed to get perfect exposures. Such tiny apertures also mean that the depth-of-field with a pinhole camera is almost infinite. Everything from close to the lens to the farthest distance will appear sharp and surreal.

On a DSLR Too!
Do you know that you can convert your DSLR into a pinhole camera too? You can create a makeshift lens with light-tight material and make a pinhole in the same way as you would for a pinhole camera. If you have a spare body cap, you can drill a hole and use foil to make a pinhole.
Attach this on to the camera and you can then make pinhole pictures! You will need to use the Bulb mode of your camera and set it on a tripod, but the best part about using DSLRs is that you will get instant feedback on the LCD. Vignetting is found in pinhole photographs. It helps you emphasise the subject at the centre. Photograph/Kirsten Thormann

Varied Subjects…
Place a small subject, like an action figure, extremely close to the camera’s pinhole, against a backdrop of a large building. It will look as if the action figure is attacking it! However, some of the best subjects are those that have some sort of movement.
You can use your camera to photograph any kind of foliage on a windy day for creative blurs. Of course, you can shoot portraits too, and the resultant images will have the most unpredictable effects.
Interestingly, NASA, America’s space program agency, is researching a project called ‘New Worlds Mission’, where they will use pinhole cameras to photograph earth-sized planets in other solar systems.

…And Effects!
There is a whole lot of customisation you can do with the pinhole cameras that you create. For example, you can even incorporate multiple exposures with this technique. All you need to do is record two to three different scenes on the same film or photosensitive paper.
For a spherical perspective, you can use any cylindrical object like food tins and even paint cans. Pinhole photography involves a lot of trial and error, but the beauty of this form of photography is its unpredictability and the joy you get out of creating a camera of your own. Pinhole photography is the original source of long exposures. Use this for capturing stunning seascapes. Photograph/Kirsten Thormann

Some Unconventional Pinhole Constructions You Can Try
Explore a few eccentric and bizzare ways to make these cameras!
Given the various objects you can use to create a pinhole camera, several photographers have taken this technique to a whole new level. Think of the craziest camera construction and then shoot! Photograph/Justin Quinnel

A Pinhole in Your Teeth
Some photographers have actually fit customised pinhole cameras in their mouth! So, one only has to open their mouth to take a picture, while an external flash helps capture the moment. There are  also others who have, believe it or not, used a Chinese roast duck as a pinhole camera! Solarograms can be exposed from the span of one week to even six months! Photograph/Justin Quinnel

Solar Study too!
You can use a pinhole camera to take some extreme long exposures of the movement of the sun—the solarogram. Set your camera in a place which can perfectly capture the sun’s movement. You can leave the camera for as long as six months, and once you develop the print, you will find some beautiful patterns created by the sun. 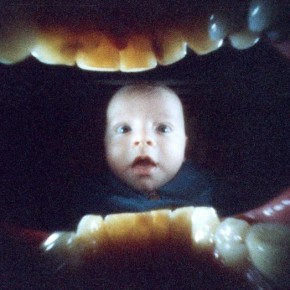 Think of the craziest camera construction and then shoot! Photograph/Justin Quinnel Vignetting is found in pinhole photographs. It helps you emphasise the subject at the centre. Photograph/Kirsten Thormann 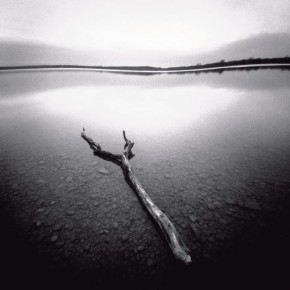 Pinhole photography is the original source of long exposures. Use this for capturing stunning seascapes.Photograph/Kirsten Thormann 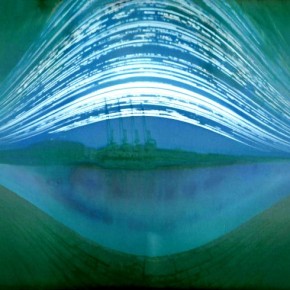 Solarograms can be exposed from the span of one week to even six months! Photograph/Justin Quinnel 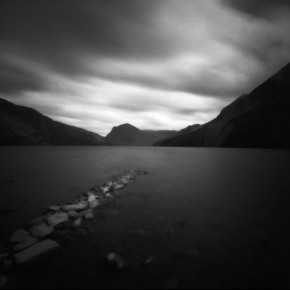 Pinhole cameras require long exposures, so you may need to fasten them onto steady surfaces, to avoid shaky images. Photograph/Kirsten Thormann 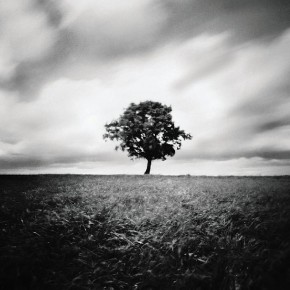 The most common subjects can look fascinating when shot through a pinhole camera. Photograph/Kirsten Thormann 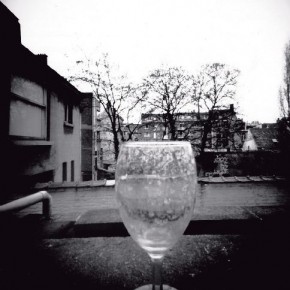 Pinhole photographs have an almost unlimited depth-of-field, so that objects close to the lens to infinity are in focus.Photograph/ Cop Richard