Warford Wedatu Sr is a County Commissioner in Liberia. He has not received his salary of Liberian Dollar 1110 (approx. Rs. 700), for twelve months. Photograph/Jan Banning

Jan Banning undertakes a photographic study of administration and public servants across eight countries in the world.

This story was originally published in February 2012.

“I realised it could be interesting to put a face to the people behind bureaucracy. A one-off assignment transformed into a four-year project” — Jan Banning

When a Dutch magazine asked me to showcase the decentralisation of administration in Mozambique, I thought that it was the most boring assignment I had ever received. In fact, I thought it was practically unphotographable.

Later, I realised it could be interesting to put a face to the people behind bureaucracy. A one-off assignment transformed into a four-year project, across eight countries in five continents. The aim was to be a photographic study of governance and public servants across the world.
I asked Will Tinnemans, a journalist friend of mine, to accompany me for the assignment. After getting the necessary permissions needed to interview a particular bureaucrat, we would show up unannounced at the office, so that I could capture the office space exactly the way it is supposed to be. While Will interviewed the officer, I would set up the lights and decide my composition.
The interview was an effective tool in our exercise because it provided us an insight into the individual, such as their rank, duties and age. It would also give us a general idea of the administration of the country, as a whole. Along with getting information, the interview was also a ploy to distract the officer, so that they did not have the time to clean up their office space. Yevgeny Bill is the lone police officer in his territory in Russia. He has no phone, commutes on foot and has a salary of Ruble 6000 (approx. Rs. 10,000). Photograph/Jan Banning

We chose countries based on their political structure. We also considered the historical and cultural impact so that the project can be a window to bureaucracy around the world. For instance, I shot in USA, the world superpower; India, the largest democracy; Liberia, an African nation emerging from a civil war and so on.

The camera was kept at a height of the average local of that country. This gave an impression of what greeted a layman entering the office. Since bureaucracy is generally associated with structure and boredom, I used a square format for the images to create a rigid feel. Once the frame was set, I would turn to the subject and askthem to simply look into the camera. 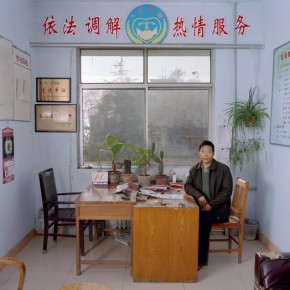 Zhang Mao Guo is an official teacher for justice and values in a Chinese village. His monthly salary is Chinese Yuan 1500 (approx. Rs. 10,500). Photograph/ Jan Banning 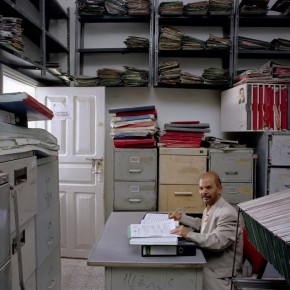 Ali Abdulmalik Shuga manages the archives of the Ministry of Trade and Commerceís office in Yemen, with a salary of Yemeni Rial 30,500 (approx. Rs. 6500) Photograph/ Jan Banning 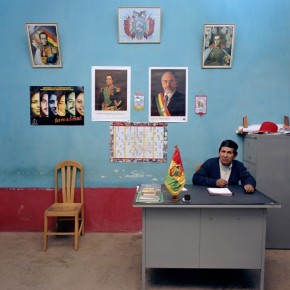 Photographing a Political Body of Work

About Jan Banning
Jan Banning studied social and economic history at the University of Nijmegen, Netherlands and has been working as a photographer since 1981. He dabbled with painting and music before taking up journalism and photography.

To view more such images from this series and Banning’s other works, log on to www.janbanning.com 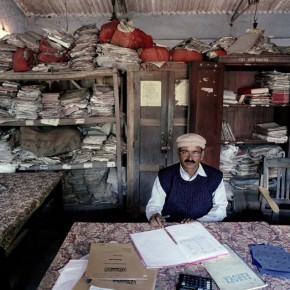 Surinder Kumar Mandal is the Circle Inspector of Taxes in Thakurganj block, with the responsibility of collecting taxes in Kisanganj district, Bihar. His monthly salary is Rs. 9500. Photograph/ Jan Banning 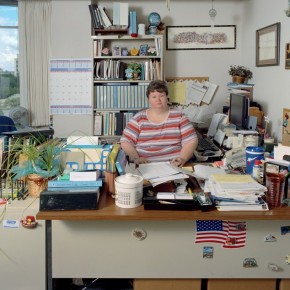 Dede McEachern is the Director of Licensing for the Texas Department of Licensing and Regulations, USA. Her monthly salary is USD 5833 (approx. Rs. 2,60,000) Photograph/ Jan Banning

About Jan Banning
Jan Banning studied social and economic history at the University of Nijmegen, Netherlands and has been working as a photographer since 1981. He dabbled with painting and music before taking up journalism and photography.
Tags: Photo feature, December 2011, Jan Banning, Political, Bureaucracy, Political Structure, Government Officials, Square Format, Offices, Public servants