This boatman, Md. Sultan, was badly struck by the economic crisis. He cannot afford to send his children to a private school as there are hardly any government schools in the area. Photograph/Prabuddha Paul

Prabuddha Paul captures the life and struggles of the boatmen living on the banks of the Buriganga river in Bangladesh.

This article was originally published in December 2010.

The Buriganga river is the lifeline of the city of Dhaka. It is also economically important as it connects to other parts of Bangladesh. In 1989 and in 2001 respectively, two bridges were built across the river, to be used by vehicles and pedestrians. A third bridge was inaugurated in 2009. While this new bridge solved problems for landowners and commuters, an entire community of boatmen were robbed of their livelihood.These boatmen, who live on the banks of Buriganga river, have been transporting goods and ferrying people across the river, for generations. They are now on the brink of poverty, with no education and no option of choosing another profession.

While local leaders pledged their help to the community at the inauguration, a year later, the boatmen find themselves helpless at the hands of bureaucracy and still waiting in misery. No provision has been made to uplift these tradesmen.Yet, their indomitable spirit helps them survive. And this spirit inspired me to explore their life and photograph them in their living spaces.

To Shoot a Strong Social Documentary

Prabuddha Paul holds a Masters in Economics and has also completed a postgraduate course in Photography Design from the National Institute of Design, Ahmedabad. He is currently working on a documentary project to highlight the benefits of organic farming. 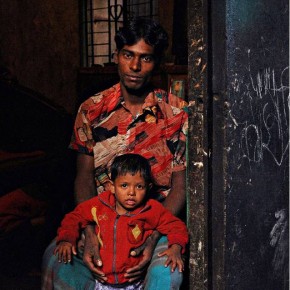 This boatman, Md. Sultan, was badly struck by the economic crisis. He cannot afford to send his children to a private school as there are hardly any government schools in the area. Photograph/Prabuddha Paul 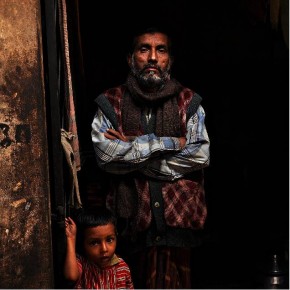 Here, Md. Ibrahim is standing with his son. I made use of lighting to create a mood and to portray the emotions of the boatmen. Photograph/Prabuddha Paul 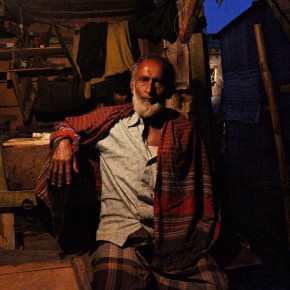 Boatmen have ferried people and goods across Buriganga river for generations. With their livelihood threatened, they have no choice but to be at the mercy of the government. Photograph/Prabuddha Paul 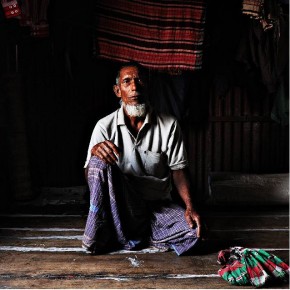 The fighting spirit of these boatmen inspired me to photograph them in their living spaces. I made use of natural setups and window lighting to shoot most of these portraits. Photograph/Prabuddha Paul 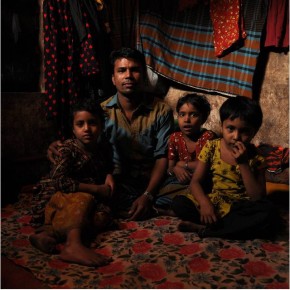 Zeeshan sits with his family in his home. I placed the family in the center of the frame, making use of available props, to balance out the photograph. Photograph/Prabuddha Paul 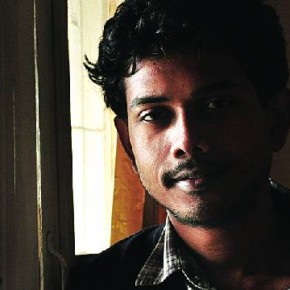