Blur in the Urbanscape Shot at Bandra station, Mumbai. A local train was entering the station during rush hour. I used the edge of the platform to divide the frame into two halves, one showing a crowded train rushing by, and the bottom half showing the people on the platform, awaiting their turn to get into the train. The shutter speed used here was 1/30sec. Photograph/Raj Lalwani

Hustle and bustle, chaos and cacophony. A sea of stories enclosed within ugly mazes of concrete structures. The metropolis is a fascinating subject – a muse whose portraits Raj Lalwani sets out to shoot, through blurs.

My aim in this assignment was to use blurs to project a portrait of the city. I decided to look out for compositions that best defined my city, that is, Mumbai – a place that is identifiable, or a scene that is characteristic and representative of the city. For example, rush hour in the local trains is a scene that effectively portrays Mumbai. On the other hand, a Metro train rushing past represents a city like Delhi. Since urban spaces are always in a state of flux, I decided to use motion blurs to portray the city.

My Perspective
Urban spaces are in a constant state of flux. Whether it is traffic, people or lives, life in a city always seems to rush past. Blurs are an ideal tool to depict this.

In my quest to explore urban spaces, I decided to use leading lines and diagonals as compositional techniques. While they add dynamism to the photograph, lines, in themselves, are urban in character – imagine a cityscape and all you will see would be lines – bridges, buildings, skylines, wires, malls, and more.

The Process
I travelled within the city, exploring different areas. Slowly, I started getting a clearer picture of how I wanted my images to look. I decided to use a combination of motion blurs of people, and modes of transport.

I used the Manual Mode of my camera – I could choose ISO, aperture, and most importantly, shutter speed. For those who are not too comfortable using the Manual mode, use the Shutter Priority mode.

Ideally, you would want to use a tripod. But, there might be cases wherein it is not possible to use one. In such cases, concentrate on keeping your hands steady. Use the support of a wall, or the bonnet of a car while shooting. If the light is really low, you can boost up the ISO. If the required shutter speed is really low, another option would be to use the continuous shooting mode – one out of the 4-5 pictures you click will turn out to be sharp.

My Equipment: Ideally, one must use a DSLR to explore blurs. The amount of control offered by a DSLR is invaluable since the use of blurs needs slow shutter speeds. However, using an DSLR may not always be convenient. It is not easy to carry around your camera kit wherever you go. Moreover, they easily attract attention. Since we are concentrating on shooting in busy, urban environments like railway stations, traffic junctions and so on, there may be times when you, as a photographer, would want to be as discrete as possible. In such a case, a compact camera that allows you manual control over the aperture and shutter speed is invaluable.

Tips To Get You Started 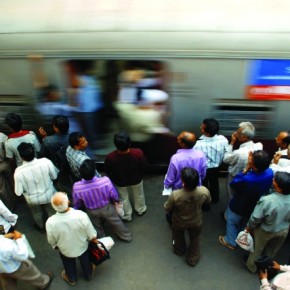 Shot at Bandra station, Mumbai. A local train was entering the station during rush hour. I used the edge of the platform to divide the frame into two halves, one showing a crowded train rushing by, and the bottom half showing the people on the platform, awaiting their turn to get into the train. The shutter speed used here was 1/30sec. Photograph/Raj Lalwani 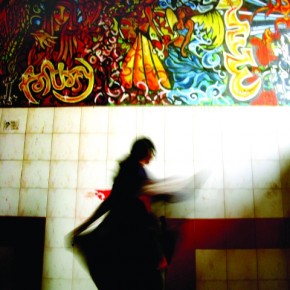 Shot at the Bandra reclamation underpass. This was another image where I divided the frame into two halves – still and moving, the mural art and the girl frolicking under the graffiti. A shutter speed of 1/6sec was used, and the dramatic lighting added character to the photograph. Photograph/Raj Lalwani 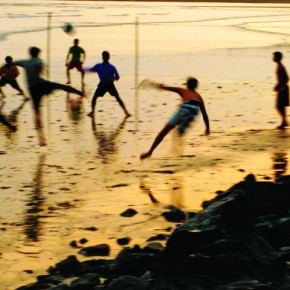 This image was shot in fading light at Versova beach, Mumbai. A shutter speed of 1/25sec ensured that I managed to freeze the footballers in mid-air and obtain a simultaneous blur. You need to anticipate the movements of the subject. Photograph/Raj Lalwani 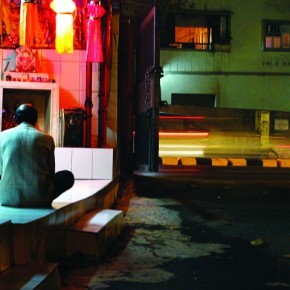 The best of subjects are always around us. When I was entering my friend’s building, I noticed that the gate could help me achieve a strong juxtaposition of the man praying, and the traffic. A shutter speed of 0.8 seconds was used – I used the continuous shooting mode, and the second image captured by the camera was sharp. Photograph/Raj Lalwani 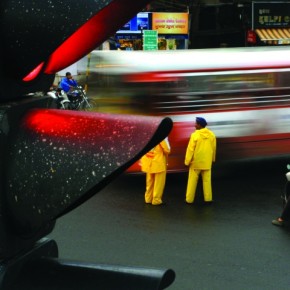 Using the signal as a foreground, I waited for the signal to turn red, and then waited for the bus to pass, so that I could obtain a red blur. An aperture of f8 ensured that the entire image was in focus. Shutter speed was 1/4. Photograph/Raj Lalwani 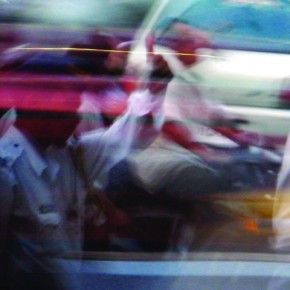 Traffic in Mumbai is characterised by its disorderliness. I focused on the traffic cop while keeping the shutter speed at 1/6sec. I released the shutter while the bus was passing by. Photograph/Raj Lalwani