Why do B&W photographs have a certain appeal to them?

Black and white vs colour has been a longstanding debate since colour film became available. But like with any art, perception and subjectiveness always has a part to play. Would Rebecca Norris Webb’s yellow curtains look as dreamy in black and white? Would Sarker Protick’s silver and black-and-white prints look as astronomical in colour? I think it’s to do with the vision the photographer intends to communicate. Real or surreal, photojournalistic or abstract, poetry or prose. 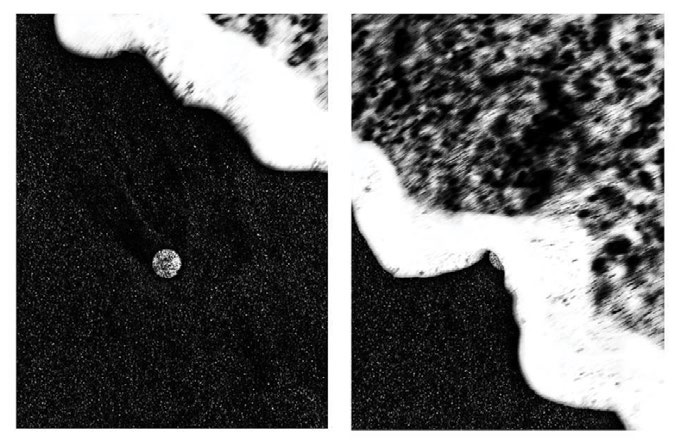 Sea, Space. This image made a realistic scene into something I was imagining. Almost like a collective stream of consciousness. Photograph/Zahra Amiruddin

Personally, I would still like to see myself as somebody who can dabble in both, and I do, on occasion. But it’s the softness of a monochromatic frame that bodes well with my rather abstract ways of seeing. This photograph always comes to mind when I think about ‘why’ black and white. Sea, Space, as I like to call it, was made on my birthday in Pondicherry, last year. The sea anemone, washed-up onshore, made me think of a luminous moon, and its many phases. As I photographed the blue water enveloping the white and purple sea anemone, space ceased to exist, and the scene felt all too literal.

I chose to experiment with black and white. Suddenly, the grains of sand transformed into countless stars, the tiny creature took on the form of a celestial orb, and the froth of the sea felt more ethereal. In this case, monochrome allowed me to make a portrait of two of my favourite things, in a singular frame—Sea and space. I think that might be the appeal of B&W—cutting down the noise in an otherwise noisy world. Leaving doors open for our imagination, devoid of colour, and still full of life.