Let There Be… Flash! Shot indoors, in the illumination of flash powder, this is one of many of Jacob’s photographs that documented life and culture in New York, in the late 1800s. Photograph/Jacob Riis

The flash has evolved from being a blinding, explosive powder that had to be ignited by hand, to a powerful, controlled beam of electrical light. Ravi Ved explores its interesting history.

This article was originally published in October 2009.

Jacob Riis (1849-1914), Danish American reporter and photographer, had this to say about his antics with flash photography— “What they saw was three or four figures in the gloom, a ghostly tripod,…the blinding flash, and then they heard the patter of retreating footsteps, and the mysterious visitors were gone before they could collect their thoughts and try to find out what it was all about…” Riis was one of the first Americans to use flash powder for artificial illumination, which consisted of magnesium powder ignited on a frying pan. Twice he set fire to the places he visited, once he set fire to his own clothes, and on one occasion, he almost blinded himself.

In the early days, natural light was all that was available for photographers to shoot.

The Beginning
In the early days, natural light was all that was available to photographers. Artificial light in photography was first used by a man named L. Ibbetson. He made use of oxyhydrogen light (or ‘limelight’) for the first time in 1859. Later in the 1880s, flash powder was introduced, which was an extremely powerful source of illumination even by today’s standards. By varying the amount of flash powder in grams, the distance covered could also be varied. However, it had two major drawbacks—it generated clouds of nasty smelling smoke and was highly explosive and dangerous in nature.

The earliest known flash bulb (in 1883) consisted of a two-pint stoppered bottle of oxygen, which had white paper stuck on one side to act as a reflector. To set the flash off, a spiral of ten or so inches of magnesium on a wire skewer was pre-lighted and plunged into the oxygen. However, this was rather cumbersome and was never used for practical photography. Eventually, with the introduction of flashbulbs, these problems were resolved.

The Evolution
General Electric and Hauser Company manufactured the first flashbulb in 1929, under the tag of Sashalite and Vacublitz respectively. It was a large and enclosed aluminium foil within an oxygen atmosphere. The downside of this flashbulb was that, it would sometimes burst when fired, throwing extremely hot gas on the subject. Flashbulbs can hardly be seen today, mainly because of the expense of changing the bulb after every shot. They were used until the 1980s.

Breakthroughs
The discovery of flash synchronisation made the use of flashes more effective than ever before. It triggered the flash simultaneously with the camera’s shutter. In 1935, the Exakta, the first camera with flash synchronisation was launched.
The ring flash that was invented in 1952 was originally used for dental photography. Its main feature was to provide illumination with a few shadows. Today, ring flashes are very popular in fashion and portrait photography.

Another breakthrough was the introduction of flashcubes by General Electric and Kodak. It was a cube-shaped flash with four electrically fired flashbulbs and a reflector inside.

In 1972, Braun and Metz introduced a hand-held flashgun featuring thyristor and reduced battery consumption. The thyristor makes use of a control device, an automated circuit switch that allows the flashgun to cut‑off power to its flash tube on reaching the correct exposure.

Today’s Tools
Today, we make use of electronic xenon flash lamps. An electronic flash contains a tube filled with xenon gas, which discharges high voltage electricity to generate an electric arc that emits a short flash of light. A number of major breakthroughs in the timeline of flash photography allowed it to reach this point. Thanks to modern technology, shooting with a flash today has become a lot simpler and safer.

First Strobe Flash
In 1887, Ottomar Anschutz came up with the concept of a photographic stroboscope, where the main capacitor sparked an electrical charge, which produced light in the flash lamp. Later in 1893, Monsieur Chauffour introduced the flashbulb, which functions by sealing a magnesium wire inside a jar with oxygen. However, developments on the stroboscope did not cease. In 1935, Etienne Oehmichen, an engineer with Peugeot, developed another stroboscope which could capture images at 1100 fps. 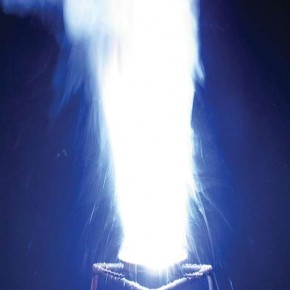 Flash Powder: Year: 1880 This was an explosive mixture of magnesium powder, potassium chlorate and antimony sulphide. The procedure needed placing magnesium powder on a folded sheet of paper. The igniting compound and the other two chemicals were then poured on the powder. 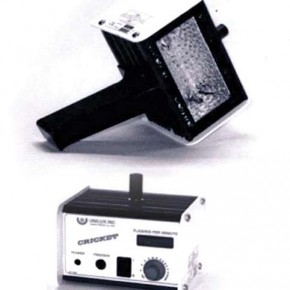 Strobes: Year: 1887 Ottomar Anschutz built the first photographic stroboscope namely electrotachyscope. It was used to get a sequence of flash projected images. It could shoot 24 images in succession. The illumination was provided by a spiral Geissler tube which was a forerunner to stroboscope photography. 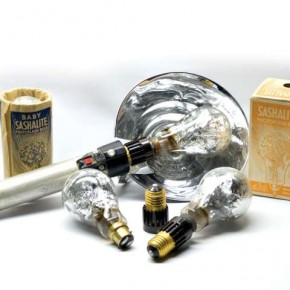 Flashbulb: Year: 1893 Frenchman Chauffour designed the first photoflash bulb by igniting magnesium in a globe of pressurised oxygen. In 1930 General Electric launched the first commercially available flashbulb, the Sashalite. It made use of an aluminium foil in a pure oxygen surrounding. 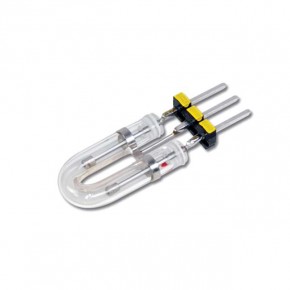 Xenon: Flash Year: 1930s Even to this day, Xenon flashes are commonly used in a technique of high speed or stop motion photography. It was pioneered by Harold Edgerton in the 1930’s. The flash lamp is a sealed tube made of Quartz with a mixture of other gases and a large proportion of Xenon. 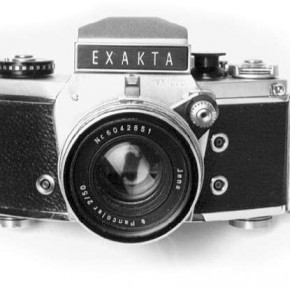 Flash Synchronisation: Year: 1935 Flash Sync means that a flash head is fired at the moment when the shutter is at its peak opening. Falcon Press Flash was the first massively produced camera with this feature. It was produced in the year 1939. The first camera with flash sync was the Exakta (1935). 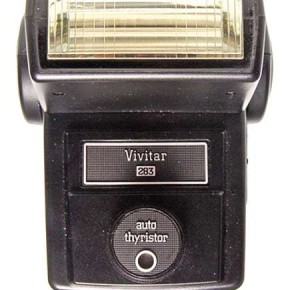 Auto Thyristor: Year: 1972 This flash has an automatic light sensor and an auto circuit switch which allows to cut-off power on reaching the correct exposure. The unit automatically shuts off the flashtube on determining correct exposure. They allow high voltage electricity to pass creating light.