This image depicts the aftermath of the Indian Rebellion of 1857. With this image, Felice Beato possibly produced the first-ever photographic images of corpses. Photograph/Felice Beato. Image source: Wikimedia Commons

Supriya Joshi presents war photographers through history who have risked their lives to present stark and iconic images from the battlefield.

Ever since its invention, the camera has been used to document events and occurrences around the world. One of the most important impacts of photography on history has been to capture images from war-torn sites around the world. Could you imagine war records having the same impact without the works of photographers like Felice Beato, Robert Capa, Nick Ut and Eddie Adams, among others?

War photographers throughout history have been risking their lives to present the horrors of war through their photographs, as well as making poignant statements with their work. Their keen interest in showing the world the terrible aspects of war has played a huge role in rethinking people’s opinions on war and new policies being implemented.

Beginnings in Crimean War
It all began in the 1800s, where daguerreotype, calotypes and wet-plate were the popular means of photography. It was around this time that the Crimean War began, where several European countries were fighting for supremacy. The first known war photographer is Carol Popp de Szathmàri, who took photos of various officers in 1853 and of war scenes in Bulgaria during this war.

Roger Fenton, a British photographer, was also sent on assignment to cover this war. He covered the Crimean War extensively in 1855. He travelled the war torn area with a few assistants and bulky equipment. He faced several difficulties on the field, including a cholera infection and broken ribs. His photography was also limited due to the technology of the time and his immobile equipment. Despite all this, Fenton was able to shoot about 350 photographs, which have now become a benchmark in war photography.

On this side of the Atlantic, Italian-British Felice Beato was covering the aftermath of the Indian Rebellion of 1857. He travelled around several North Indian states, and documented images of the destruction and loss of life caused by the rebellion. It is also believed that during this period, he produced possibly the first-ever photographic images of corpses.

Staging Speculations
Early photographers found it hard to shoot battle scenes because of their camera’s bulkiness and the inability to record movement. Most photographers, therefore, began to recreate and stage battle sequences. When the Spanish civil war broke out in the 1900s; several photographers went to cover it, including Robert Capa and David Seymour.

Capa shot a photograph of a soldier falling to his death after being shot on the field. Once this photo was published, it created shockwaves around the globe. The photograph was named ‘The Falling Soldier’, and has become an iconic image of the war. However, the authenticity of the image has been widely speculated by several people. Several claimed the photograph to be staged and questioned its legitimacy. Capa neither denied nor accepted the allegation, and the world may never know the truth behind the image.

World War II Photographers
With the advent of film photography, war photographers found it a lot easier to shoot battle sequences. Because of the compact equipment and faster films, photographers could be more mobile and discreet on the field, and instantaneously shoot their subject. Photographers from World War II and the Vietnam War have produced some of the most iconic photographs.

Joe Rosenthal, the Pulitzer Prize-winning American photographer’s photo titled ‘Raising the Flag on Iwo Jima’ has widely been credited as the most iconic photograph from World War II. Rosenthal had received news that American soldiers were raising the flag atop Mount Suribachi in Iwo Jima (Japan). Rosenthal hurried in the direction with his bulky press camera and set up his equipment while standing on a sandbag and piles of stones. He then managed to capture the iconic image, making the photograph a symbol of victory, brotherhood and unity.

Joe Rosenthal’s photo titled ‘Raising the Flag on Iwo Jima’ has widely been credited as the most iconic photograph from World War II.

War Photography Now
Ever-changing technology and advancements in cameras have changed a war photographer’s technique drastically. They can shoot battle sequences discreetly and at a distance from the line of fire, thanks to telephoto lenses. With digital photography, they can send their pictures instantly to editors, without waiting for the negatives to develop.

Some of the recent war photographers are James Nachtwey, who has been awarded the Overseas Press Club’s Robert Capa Gold Medal five times; Tim Page, who covered the Vietnam war extensively; Gary Knight who has been covering conflicts in Africa, the Middle East and other war-torn countries to document war crimes and crimes against humanity; Zoriah Miller, who’s controversial Iraq war photographs are widely discussed and have brought to light the issue of wartime censorship, amongst others.

However, photographers have suffered severe consequences in recent history. Photographers are at much at risk of death and injury as the soldiers themselves. Recently, more and more photographers are targeted by terrorists, and being executed or used as hostages. In spite of an ever-present threat to their lives, war photographers still continue to bring the world haunting images from areas affected by war.

This article originally appeared in the February 2011 issue of Better Photography.

Iconic War Photographs Through the Ages 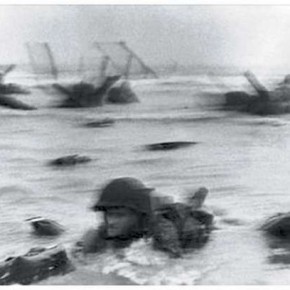 This image was shot by Capa during the arrival of the first waves of infantry at Omaha Beach on the morning of D-Day on June 6, 1944 in Normandy. This photo is extremely famous, because of the circumstances of the shot. Photograph/Robert Capa. Image courtesy: Moolf 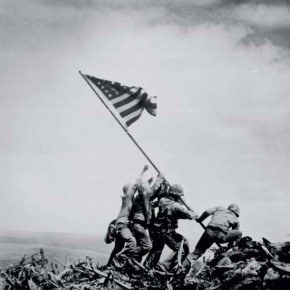 Widely credited as the most iconic photograph from World War II, the image shows US soldiers raising the flag of the United States during World War II. Rosenthal received the Pulitzer Prize in 1945 for the picture. Photograph/Joe Rosenthal. Image courtesy: Wikipedia 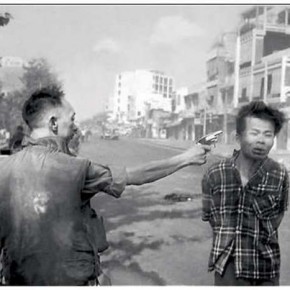 This photograph of an officer shooting a handcuffed Vietcong prisoner in the head at point-blank range not only earned Eddie Adams a Pulitzer Prize in 1969, but also contributed towards changing Americans’ attitudes about the Vietnam War. Photograph/Eddie Adams. Image courtesy: Moolf 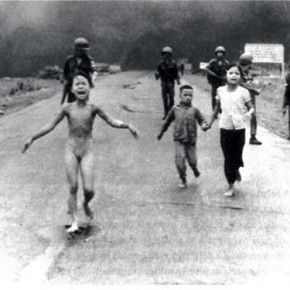 This iconic image of nine-year-old Kim Phuc running from Napalm bombing in Vietnam was seen on the cover of Time Magazine, and is still remembered today as one of the most infamous images of the Vietnam War. Photograph/Nick Ut. Image courtesy: Art History Archive 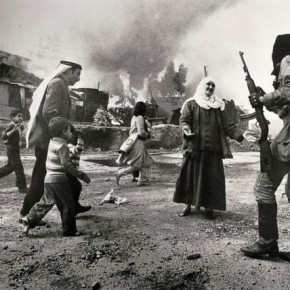 Françoise Demulder won the World Press Photo award for this stark image of a Palestinian refugee pleading with a masked militiaman in 1976. This photograph also made her the first woman ever to win this prestigious award. Photograph/Françoise Demulder. Image courtesy: Iconic Images 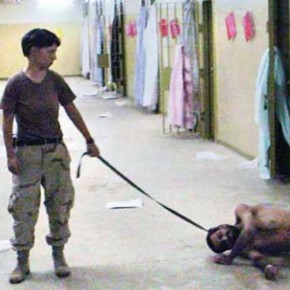 When images of soldiers torturing prisoners at Abu Gharib prison surfaced, they created an uproar. This photograph changed opinions on the Iraq War in US itself, and support for the war dropped to 40% within the USA. Photograph/Unknown. Image courtesy: Art History Archive