I spotted this house far from the road and decided to use a telephoto lens to fill the frame. As we passed by it, a grassy knoll overlapped it. The lens makes the knoll appear closer to the house than it really is. Exposure: 1/60sec at f/25 (ISO 200). Photograph/ Suresh Narayanan

Lensman Suresh Narayanan captures landscapes in unique blurs, even as his vehicle zips through new and unfamiliar terrain.

Description
An ongoing experiment with blurs and tracking the camera to capture landscapes.

Duration
Since 2010, this is something I try to consciously to shoot, every time I am on the move.

Notes
You can achieve two types of blurs—one in which a part of the scene is in sharp focus with other parts blurred into sharp lines and streaks. The other is where everything is out of focus, making for soft smudges.

Often, while travelling in a car, train or bus, we look out and find ourselves fascinated by the landscape zipping past. Sometimes, we fi sh out our cameras and try to make a picture and end up with either a frozen, still photograph or one in which the motion is captured as a blur. If you think about it, when we are in moving vehicles, the trees and bushes in the foreground normally appear blurred because of their proximity to the vehicle. Background landscapes are clearer and well-defined because they are far away.

My Perspective
When we notice something interesting, we turn our head to look at it. Regardless of whether the object is close by or far away, we see a sharp image because our eye tracks the object and follows it. In this series, I have simply made my camera track or follow many such scenes that I encountered, just as my eye would.

I have always been interested in blurs—motion blurs, blurs made by panning the camera and so on. During a driving trip through all over Europe, I shot a few images that had interesting blurs, but lacked a defining element. Thus, I decided to focus on one particular subject and then released the shutter. The resulting image had a blurry foreground, while the far-off mountain was clearly defined.

Thus, what started off as a means of staying awake, while seated next to the driver, turned into an active pursuit of shooting on the move. I suddenly realised that I was on a mission.

The Process
I decided to shoot out of the car window using the camera’s burst mode. I usually shot in the Aperture Priority mode, to have greater control over the depth-of-field in the image. Otherwise, I would determine the exposure during the first few minutes of the drive, and simply stick with it, unless the daylight changed considerably.

One common observation is that objects that were closer appeared to move faster than the objects in the distance. So, I used continuous AF to track objects that were close by. The main subject often turned out slightly blurred, but that was acceptable. For far-away objects, I used manual focus to ensure that everything from 15 feet to infinity was in focus. So, the mountain, houses or trees in the distance turned out sharp, while the foreground blurred away due to the movement of the vehicle. Additionally, I consciously moved the camera in the direction of motion of the subject to ensure its sharpness.

As a rule, I try to minimise the postprocessing of my photographs. I believe that good photography needs to be achieved using just the camera and not with a computer. However, if required, I make minimal adjustments using a software like Photoshop.

The most important thing is to shoot when you spot something stunning. But, do not forget to sit back and enjoy the trip as the world zooms past you.

My Equipment: I use a Canon EOS 1DS Mark III with a 24–70mm for a wider view, while I use a Canon EOS 40D with a 70–200mm lens to capture subjects slightly far away. With two camera bodies , I try not to miss any striking scene that might pass me by.

Getting Great Pictures On The Move

This article originally appeared in the April 2011 issue of Better Photography. 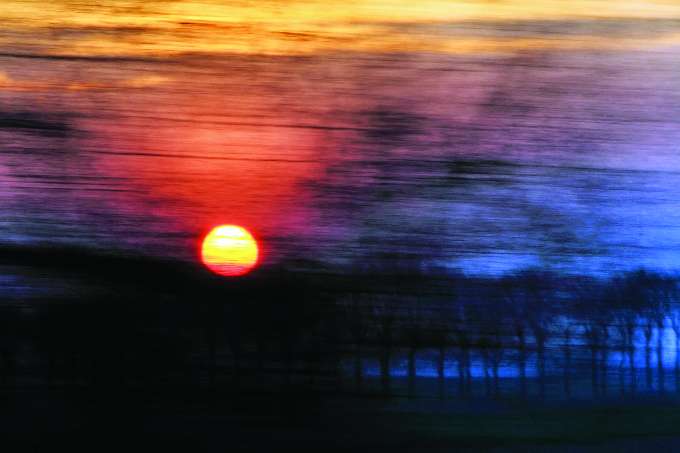 I took a meter reading from the sky and then overexposed the image by a stop. Also, I set the focus manually. Exposure: 1/40sec at f/11 (ISO 200). Photograph/Suresh Narayan 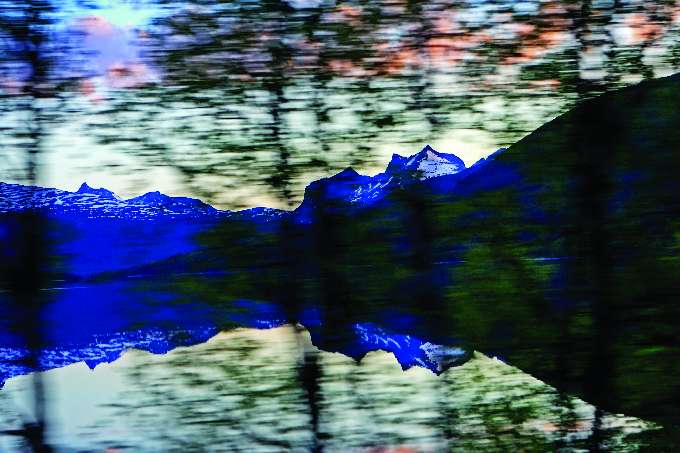 The snow-capped mountain was illuminated by the clouds above it. Also, the line of trees was much thicker and closer to the road. Exposure: 1/160sec at f/4 (ISO 400).Photograph/Suresh Narayanan 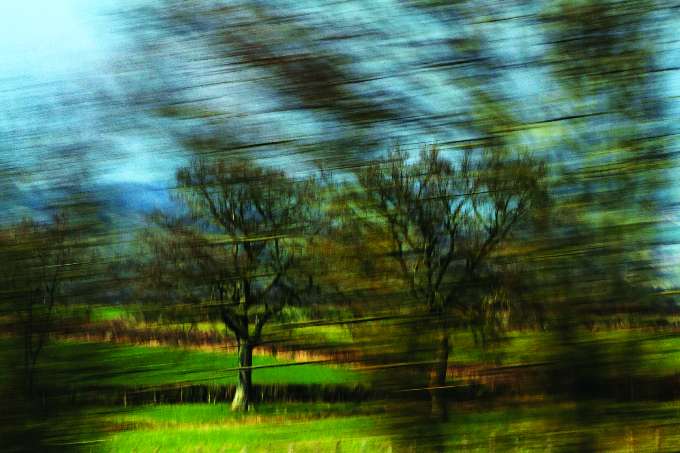 It was just after winter, in France, and the trees were bare. One could see the background through them. The choice of a narrow aperture rendered the blur as sharp lines. Exposure: 1/60 sec at f/25 (ISO 200). Photograph/Suresh Narayanan 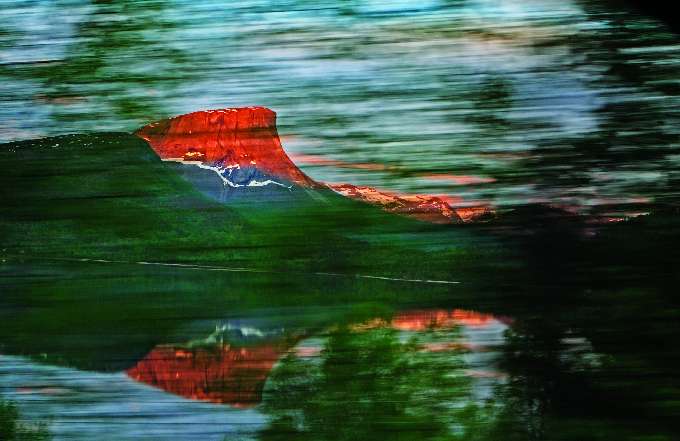 This is a capture of a mountain lit by the midnight sun in Norway. A slow shutterspeed coupled with shallow depth-of-field created a smooth screen of blurs. Exposure: 1/40sec at f/6.3 (ISO 400).Photograph/Suresh Narayanan