This potted plant had a few green lights on it and red ones in the background. The blurred leaf and pot gives the image structure. Photograph/Aditya Nair

Combining the bokeh effect with fireworks and the decorative lights commonly found during Diwali, Aditya Nair explores a new way of shooting festivities.

This story was originally published in May 2013.

Bokeh has always intrigued me. At their most basic, they are spheres of light. It is the simplest representation of beauty in photography. In this series, what has fascinated me most has to be the different interpretations people give me for the same image. Where I see arrows, my aunt sees an “Om” and my parents, both doctors, see DNA structures.

My Perspective
While I would have loved to have been able to give an immensely philosophical reason for creating this series the honest, brutal truth is that the idea was created out of pure boredom. I was passing my time shooting fireworks from my window and the lights that hung on the tree at home during Diwali. The dilemma that arose was figuring a way to shoot the festival in a unique manner.

The Process
Shooting the images is easy enough. It was a matter setting my camera on manual focus and blurring out the light source. Due to the random nature of the bokeh patterns I could really experiment with the composition and almost none of the images were badly composed. After the first few pictures, I found that it was better to shoot a variety of images in terms of bokeh sizes and colours. This gave me the freedom to experiment with various combinations later on, when I was processing the images in Photoshop. The series is made up of two sets of images—those that were created in-camera and ones that were created in post-production.
With the in-camera images, I felt it better to keep a little bit of the background visible so that a blurred, hazy structure of the tree could be seen giving it an unnatural yet very cool and even spooky appearance. It also gave a structure to the image rather than just having floating colours.
The post-processed images, however, were shot using a fast shutterspeed to get a pure black background, making it easier to combine images. Also, with these images a structure came from the pattern they created. The best Blending mode (in Photoshop) for these images turned out to be Screen. However, other Blending modes can also yield unique results.
Noise was another tool that I found to be useful with this series. I chose to add the noise in post-production as it allowed me to introduce noise only in the bokeh areas. This gave them a sandy texture, while the black areas had minimal noise.
Since the colour of the light tends to get limited to the lights that you can find around you, the Hue/Saturation adjustment with the Colorize function becomes invaluable to get access to more colours. In some images, I simply chose to desaturate one set of bokeh for emphasis.
Ultimately the lights and colours of Diwali combined with the equally fascinating effects of bokeh are the basic elements of this series; what a friend described as “dude trippy stuff man”, his best rendition of a 1970’s hippie.
Creating these images is limited only to how much you are willing experiment with your pictures.

My Equipment: For this series, I used a Canon EOS 500D along with a Canon EF 50mm f/1.8. However, these images can be shot from any camera that gives you the ability to manually focus. 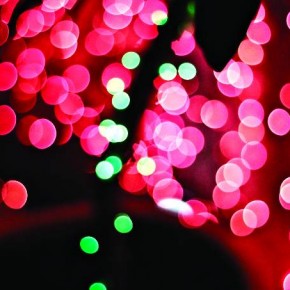 This potted plant had a few green lights on it and red ones in the background. The blurred leaf and pot gives the image structure. Photograph/Aditya Nair 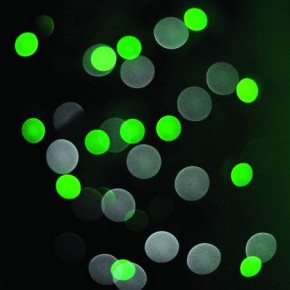 The grey bokeh were actually red. But since they clashed with the green ones, I desaturated the red ones. Photograph/Aditya Nair 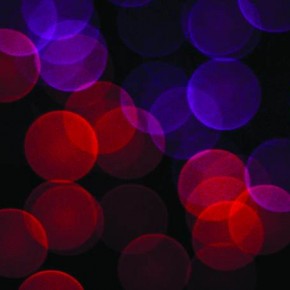 For this picture, I used the Screen Blending Mode to merge two images seamlessly, without the need for any sort of masking. Photograph/Aditya Nair I created a composite using the same image twice. In one case, the image was inverted to create the symmetrical arrowhead shape. The colours were changed by adjusting the white balance sliders in the RAW image processor. Photograph/Aditya Nair 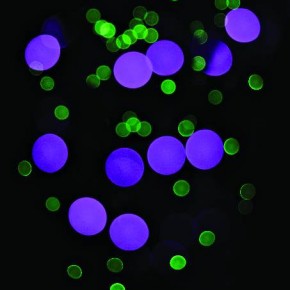 When combining colours I prefer contrast, like the purple and green here, rather than shades of one colour. Photograph/Aditya Nair 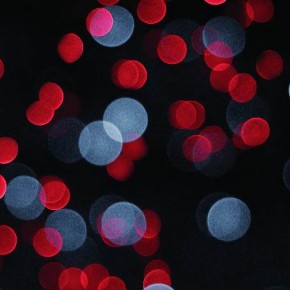 While making a tight crop of this image I had to balance the negative space evenly. Photograph/Aditya Nair