The exterior of this house tells a story about the family inhabiting it. photograph/Nilanjan Ray

Nilanjan Ray attempts to document the essence of life and the memories created around people, places and objects in a series of photographs.

This article was originally published in February 2011.

While shooting for a photojournalistic assignment in Purulia, West Bengal, I made a picture of a goat kid standing on the boundary wall of a mud house. Later, when I reviewed my pictures, I discovered that this image looked a lot like a painting or even a sculpture. This is when I realised that there are so many moments that carry the essence of life within them. These are moments in which people imprint their memories onto non-living things. For instance, the wall of a house can tellyou so much about its inhabitants, about the memories left behind or even the memories currently being made.
Two and a half years have passed since the fi rst image and my constant effort during this period has been to capture many lives, many memories in one single frame.

My Perspective
In this series, I have tried to capture a surreal quality that can be associated with the passage of time and with the passage of lives—people are born, they live and then they die. However I have observed that during one’s lifetime, one interacts with a wide variety of people and things.
Gradually, I came to understand that these things and places could be imprinted with the lives of the people who have inhabited them, passed by them or even used them. I noticed that there were just so many memories all around me. A pavement would have seen temporary dwellings put up by people, it would have seen people meet, separate or fi ght; probably even may have witnessed a few accidents or even several funeral processions.
So, while documenting one particular moment on a pavement, such as a pet seller selling fi shes, I documented the lives of the fi shes, the vendor and the people passing by. But, besides these, I also paid homage to the innumerable lives and memories that the pavement had seen, that the pavement was imbued with.
Thus, I have tried to capture in each photograph, the surreal, the real and the abstract. Each image is a portrait of the feelings evoked in us and of the very essence of the life that runs within our veins.

The Process
I have been inspired by great painters and photographers of yore and I can effectively make a sketch of the frame in my mind. So, when I am out shooting, I know exactly what my frame should look like and which settings I should use, depending on whether I want to freeze the subject like a sculpture or get a blur that looks like a painting.
Frames that attract me include the interaction of human beings or animals with their immediate surroundings. Once I have noticed a frame that shows this sort of an interaction, I wait for all the clutter to exit the frame or recompose till I get a clean composition. As a practice, I do not include more than two or three elements because too much clutter can destroy the essence present in a photograph.
Since I shoot with fi lm, I make my selects based on an initial contact sheet. Frames that have strong forms or alternatively, strong bonds, interactions or associations make it to the fi nal series. Then, these select photographs are printed with directions to slightly boost contrast or brightness if required.
I have found that life rewards us with innumerable moments that we share with other people and their lives. If we begin making a record of these moments, we will fi nd many lives that have touched ours and left their mark and many, whom we have imprinted with our memories.

Visualising Geometry in Your Daily Life 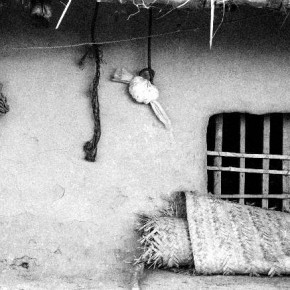 The exterior of this house tells a story about the family inhabiting it. photograph/Nilanjan Ray 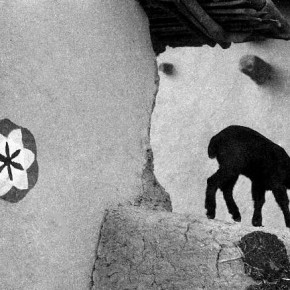 Taken in Purulia, West Bengal, this is the fi rst photograph that spurred the search for memories and the essence of life.. photograph/Nilanjan Ray 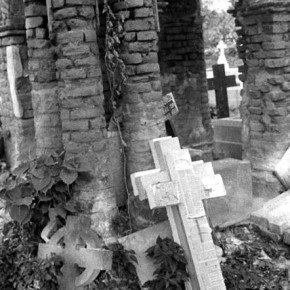 This collection of crosses stored in a graveyard signifi ed to me the number of people, dead and alive, that this fi nal resting place must have seen.Photograph/Nilanjan Ray 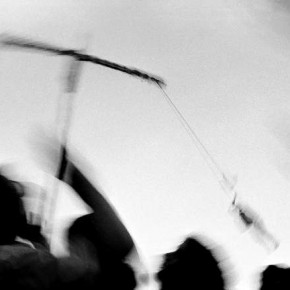 The image signifi es the passage of time as well as the emotions of a crowd watching a performer in Kolkata.Photograph/Nilanjan Ray 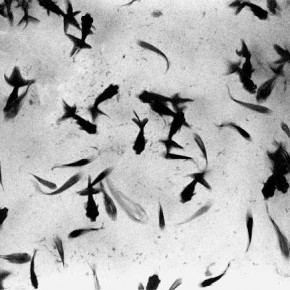