In this photograph of a camp fi re, Madhuchhanda saw three human beings deeply engrossed in a serious discussion. Photograph/Madhuchhanda Sen

This story was originally published in May 2011.

Since I am a nature lover, I find it easy to capture the peaceful moments of life. However, I started looking at nature and its elements with a new perspective only while on a work-related trip in 2009. This was because of a group portrait that I had made besides a fireplace. The unusual thing about the image was that when I zoomed in on the LCD screen, I was stunned to find a completely new dimension that I had unknowingly captured. It was a human face that had been morphed into the fire. The ability to see something beyond what was obviously visible, was mystifying. I pursued this new found vision and have strived to develop it over the years. And now, I see past an object to create so much more. This series eventually became a part of my quest to delve deeper in to the life of objects which surround us.

My Perspective
I began to notice how sunlight created magic on ripples of water in lakes and other water bodies. Sometimes I saw various kinds of human fi gures and faces… at night the reflections would turn into dramatic artistic visuals… and often I noticed animal fi gures in fi re. Even shadows that formed in a room because of the sunlight seemed like fi gures to my creative imagination.
Everything around me started to live and this was only the beginning of my journey into the different facets of nature. I was in pursuit of fi nding various shapes and patterns that would coincide with human contours, and thus photographed objects like water, fire, trees, sand and even mirrors. The experience of capturing an unexplored sight was not something I had felt for years, even while Iwas shooting places, people and situations. But when it came to nature, I felt as if my viewfi nder had introduced a unique representation of life to me.

The Process
My work as a cartographer in NATMO (National Atlas and Thematic Mapping Organisation) took me to various places inIndia. With every little opportunity I got due to my work, I made it a point to visit national parks, horticultural gardens and other places where natural elements were in abundance. The driving force behind my series was that one moment when I had discovered the unusual shapes in the fi re, resembling a human face.
After having discovered shapes and patterns, I wanted to explore other possibilities and opportunities. Therefore, I went about capturing images of these natural elements at different intervals of the day. Thus, I began observing and studying how the tones and textures of these elements changed with the play of light at different times of the day. Most of the morning shots were taken in Kolkata whereas the night shots of refl ections in the water were photographed in Haridwar. Gradually, with every picture, I managed to pre-visualise a character or the entire image that I wanted to create and then went looking for it.
At times, I also threw stones in the water to create ripples. During this process of observing, creating and capturing, photographic techniques had taken a back seat and I was more concerned about the connection that I had managed to strike with the life around me.
There was not much editing done on these pictures. In fact, I refrained from doing any post-processing work except for colour and contrast enhancements. A few images were cropped only to emphasise the fi gures inherent in the frame.
Nature consists of innumerable objects, waiting to be discovered and explored. So, the series continues even today and has become an unconscious part of my being. My journey to witness these hidden, unseen elements goes on. Walking past them, I am often left wondering about the limitless, exciting and unique perspectives which can enrich me as well as my photographic imagery.

My Equipment: I use a Nikon D80 along with a Nikkor 18–135mm lens. I make it a point to carry a tripod during night shoots, and the camera is usually set at the Aperture Priority mode. 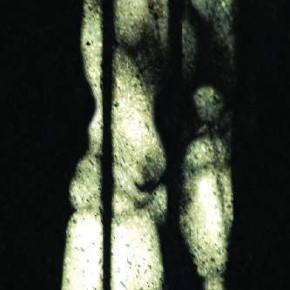 As the sunlight crept in from a window, Madhuchhanda noticed three fi gures that seemed like the image of a child with his parents. Photograph/Madhuchhanda Sen 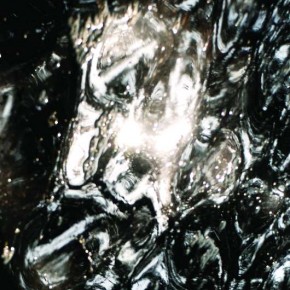 The branches of a tree are refl ected on water, during one sunset. These ripples form what looks like the portrait of an extremely angry man. Photograph/Madhuchhanda Sen 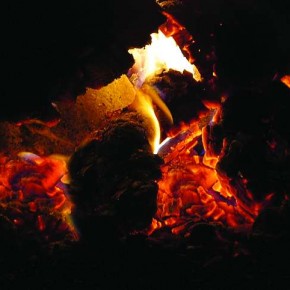 In this photograph of a camp fi re, Madhuchhanda saw three human beings deeply engrossed in a serious discussion. Photograph/Madhuchhanda Sen 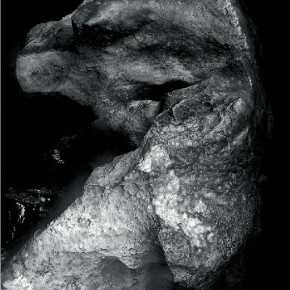 This is an image of a limestone cave. Interestingly, the rock resembles the face of a gigantic animal. Photograph/Maduchhanda Sen 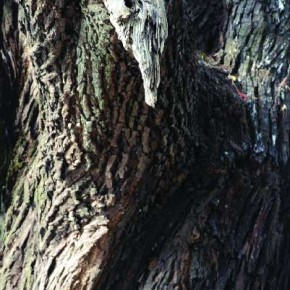 This remarkable capture of the bark of a tree resembles an eagle, staring at the camera. Photograph/Madhuchhanda Sen 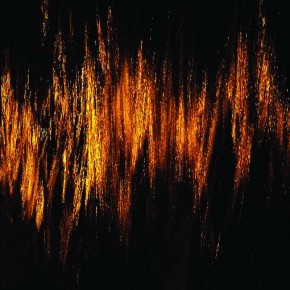 The black portion of the image is water while the abstract streaks are refl ections of lights, cast by adjacent buildings. Photograph/Maduchhanda Sen