Panthera Tigris (Tiger): At the time that I made the photos, I was a student at the International Center of Photography in New York. I had come across a report that estimated the value of illegal wildlife trade to be between USD 7.8–10 billion per year. Photograph/Asmita Parelkar Asmita Parelkar explores the relationship between animals and humans in her photographs. In the past, she has been commissioned by ‘The New York Times’, ‘Motherland’ amongst other publications.

With the help of her thought-provoking series on illegal wildlife trade, Asmita Parelkar confronts you with the brutality that goes behind the trading of endangered and exotic animals.

The shocking discovery of the huge billion dollar illegal wildlife trade industry prompted me to explore the issue. When I contacted the United States Fish and Wildlife Service, they granted me permission to photograph their confiscated specimens. However, no amount of research could prepare me for what I was going to see.

After talking to the officers, I realised the extent of the brutality. It took me a while to digest the reality that behind every lifeless skin or artefact made using ivory or rhino horns, was an animal that was once alive. My aim was to spread awareness about this heinous practice, which I chose to do with the help of the provocative remains of these beautiful creatures. Canis Lupus (Wolf): Initially, I had sent out several emails contacting owners of exotic pets, in the hope of making photographs. But most of them were reluctant to give me permission. Photograph/Asmita Parelkar

How to be Your Project’s Strongest Advocate: 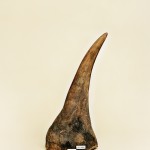 Rhinocerotidae (Rhinoceros Horn): It holds great importance in Asian medicine because it is believed that the horn can cure major illnesses. The amount of money it fetches in the market has led to a rampant poaching of rhinos in different parts of the world. Photograph/Asmita Parelkar 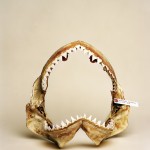 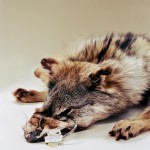 Canis Lupus (Wolf): Due to time constraints, I decided to keep my gear minimal by using a large format camera and a single light source to illuminate the subjects. Photograph/Asmita Parelkar 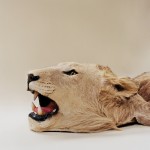 Panthera Leo (Lion): The macabre bit about poaching is that these animals end up decorating living rooms. This series helped me bring out the manner in which these animals are defiled even after they have passed away. Photograph/Asmita Parelkar 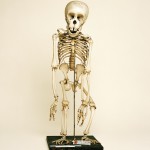 Pan Troglodytes (Chimpanzee Skeleton): By using a plain background, I was able to retain the integrity of the animals without causing any distractions. Photograph/Asmita Parelkar 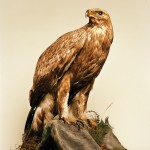 Aquila Chrysaetos (Eagle): The unfortunate truth is that if the animals do not perish during the journey, they are treated unethically, thus causing them immense pain and suffering. Photograph/Asmita Parelkar