Walking down a lake, the reflection of a tree in combination with green and pink algae struck me like a Japanese painting. Time: Dusk. Photograph/Mayank Bhatnagar

Inspired by a ripple that caught his attention, Mayank Bhatnagar ended up with a series of fine art photographs on various patterns and reflections on the surface of water.

Water is an apparently simple theme in photography. Yet, if we can photograph water imaginatively, there are endless possibilities. One cold January evening in 2007, the way I viewed the world changed. A simple ripple in a lake caught my atention and an intense desire stirred in me. I wanted to discover the various ways in which a ripple could be photographed—be it a ripple caused by a falling leaf, a sudden gust of breeze or even by the presence of reeds in water, I wanted to capture it forever.

My Perspective
Nature has an incredible way of producing the most sublime works of art. It only remains to be frozen, because nature’s art is fleeting and momentary, and forever evolving in absolutely wondrous ways, without any respite.

Observing the ripple that evening suddenly opened my eyes to the beauty in the simplest of things. It set me thinking about the immense variety of possible photographic opportunities that we come across in our daily lives. In fact, for a while, these possibilities left me wonderstruck. The realisation dawned that water, as a subject of photography, could be as aesthetic and compelling as a masterful water-colour painting.

I was quite surprised that very few photographers had come up with a series of images that captured what I saw. While I was thinking about all of this, I also realised that I could spread a message about water conservation through this. I wanted to promote this cause by inspiring people to look at water from an artistic angle and appreciate its beauty. I thought this could be a novel way to draw people spontaneously towards the cause, unlike the clichéd awareness photographs of water pollution and wastage. With both these intentions combined, I set out on my rendezvous with water.

The Process
The ripple in the lake that had first stirred my imagination always stayed with me. I returned to the same lake on several occasions, at different times of the day and in different seasons to photograph the different moods of the water.

Later that year, I had the chance to travel to Delhi, Jaipur and Bharatpur. I had my camera with me all the time. I constantly kept a lookout for water bodies like ponds, streams, rivers and lakes. Whenever I found anything interesting, I stopped to take pictures.

I spent a whole year shooting hundreds of photographs of water. Later, I shortlisted 25 of the best images. I took all the composition-related decisions while shooting so the photographs were not cropped during post-processing. I believe nature photography loses its effect if images of nature are tampered with. So even though the images were corrected, they were not manipulated. I only corrected the images for the brightness and contrast levels. In some cases, I increased the saturation slightly to enhance the colours. Further, I converted some photographs to black and white.

Happy with the test images, I held a solo exhibition at Triveni Kala Sangam, New Delhi, one of India’s best- known art galleries in July 2009. Later I also held an exhibition at Jawahar Kala Kendra, Jaipur, in February 2010. Some of the images were included in catalogues of India’s well-known art galleries. In the galleries, the photographs were displayed in a rhythmic, wave-like form, with each photo at a different height from the floor. The viewers were taken aback to know that these were photographs and not paintings.

While working on this series I realised how tranquil one feels while observing and shooting the beauty of water. It is possible to convey this sense of calm to everyone who sees my series. Through my series I wish to inspire other photographers to take up water as a subject. If more photographers shoot water, it will increase awareness about water problems manifold. In future, I have plans to promote the cause of water conservation further. If any NGO wants my water photos, I would be happy to contribute to their cause.

This article originally appeared in the September 2010 issue of Better Photography. 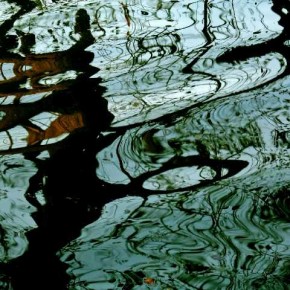 The reflection of the silvery sky and a tree on the rippling water below looked like ink painting with some ink splashes. Time: Early evening. Photograph/Mayank Bhatnagar 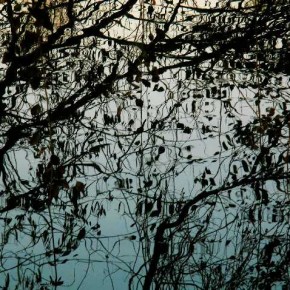 Standing at the edge of a lake in Bharatpur Bird Sanctuary I captured the intricate net-like patterns of creepers reflected on the moving water. Time: Dusk. Photograph/Mayank Bhatnagar 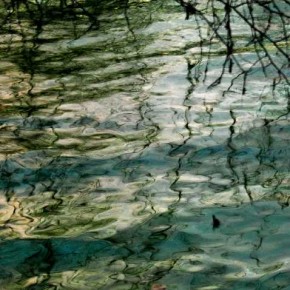 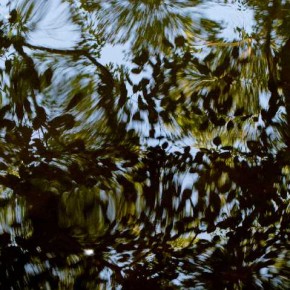 I captured the reflection of swaying neem trees creating dense patterns on the surface of a still pond as it resembled oil painting. Time: Mid day. Photograph/Mayank Bhatnagar 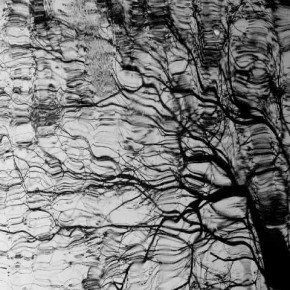 The beauty of the bare tree accentuated by water ripples prompted me to shoot this in B&W. Time: Evening. Photograph/Mayank Bhatnagar 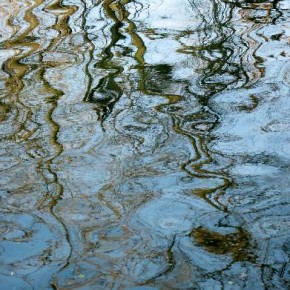