Anuar Patjane: Denizens of the Deep My friends and I decided to take a trip to Roca Partida, a small island in Mexico. While we were underwater, we encountered a Humpback Whale and her calf. All of a sudden, she decided to swim towards the divers and that’s when I made the photograph. The congregation of the divers and the whale, reminded me of a ‘mammal party’. Photograph/Anuar Patjane

Anuar Patjane Floriuk conveys his immense love for the ocean by giving us a glimpse of the rich and abundant life that thrives in its depth.

When I was 17 years old, my mother, a marine biologist and diver herself, suggested that I learn diving. Soon after, I was hooked. But it was on a trip to the Galápagos Islands, a few years ago, that I used an underwater housing for my compact camera, and discovered the possibilities of underwater photography. When I dive into the ocean, all the chaos from the world above slowly melts away, and in place of it, is the soft, soothing humming of the water. So even if I have to return home with no images, I don’t feel like I have wasted my time. The fact that I have yet again had the chance to experience something sublime, is a feeling that is irreplaceable.

My diving gear is usually packed and ready. However, if I am traveling to a remote location like Antarctica, I not only have to train for the extremely cold weather, but I also need to reassess my camera gear.

My pictures are not only a depiction of my love for the deep blue. I also want to make people aware of the rich marine life that they’re robbing the ocean of. I think it’s easier to care when we see the effects of deforestation. But since we cannot view the ocean’s habitat, it becomes hard to fathom and gauge how our consumption is affecting its ecosystem. We need to change this. The image of the Bootlenose Dolphins was photographed near Clipperton Island in the Pacific Ocean, without the use of any diving equipment. As soon as I just saw the dolphins playing around the boat, I jumped into the water and held my breath for a few moments, till I got the shot. Photograph/Anuar Patjane 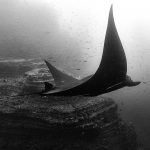 The Manta Rays, near Socorro Island in Mexico, like to approach divers. Geologists believe that they enjoy the bubbles hitting their bellies. 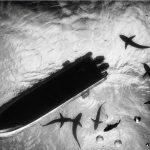 I shot this photograph of the Silky Sharks at the Jardines de la Reina archipelago in Cuba. They were quite attracted to the sound of the boat. 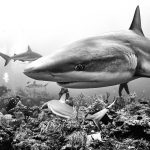 I think the shark was attracted to the light reflected on the dome of my wide angle lens. He was just a few centimeters away from my camera.

About Anuar Patjane
He is a Mexico-based photographer and anthropologist, currently focused on underwater photography and the conservation and protection of highly vulnerable underwater habitats around the world. He is the winner of the National Geographic Traveler Photo Contest 2015. You can view his other work on his website www.anuarpatjane.com

This article originally appeared in the October 2015 issue of Better Photography.