An Indictment of America 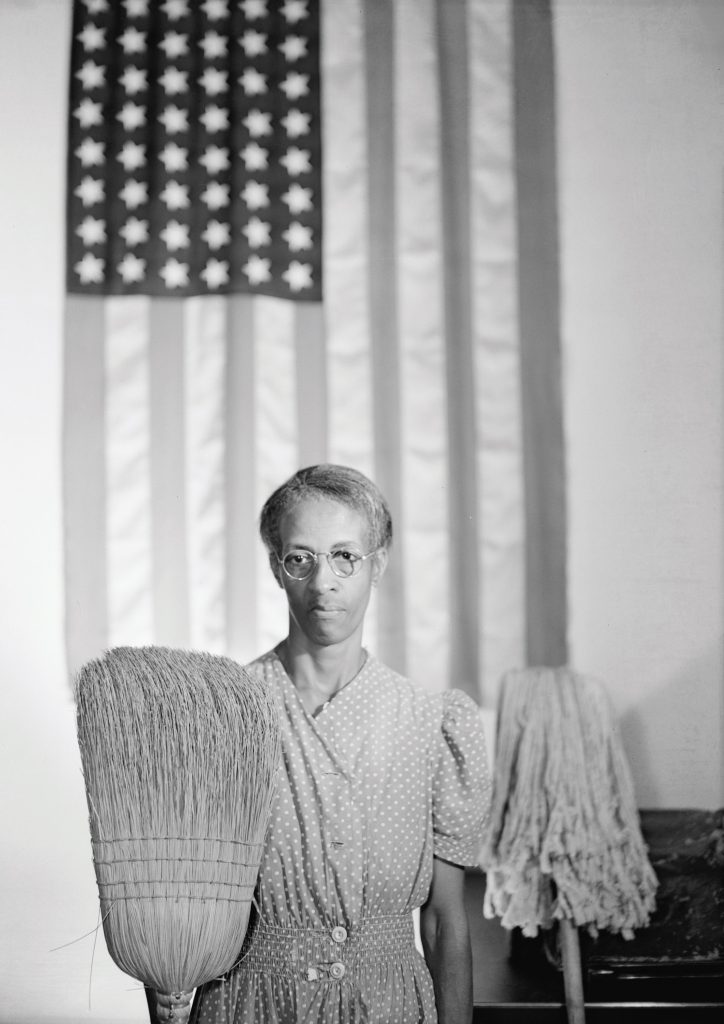 Photograph/Gordon Parks Image Source: The U S Library of Congress

Gordon Parks joined the Farm Security Administration (FSA) in 1942, which was a government agency set up by President Roosevelt, to help farmers recover from the impact of the Great Depression. His new job had him move to Washington DC, where he recounted feeling “optimistic and bulging with new strengths.” With this enthusiasm, he walked into the FSA office, and met Roy Stryker. After a lengthy conversation about what he wished to accomplish at the FSA, Stryker proposed that he get acquainted with the city instead. What Parks discovered was the blatant racism that existed in Washington, nothing that he’d encountered before. He was furious, and narrated his experience to Stryker, and vowed to use his pictures to fight against discrimination. Weeks later, Parks met Ella Watson, who worked as a charwoman in the FSA building. She spoke to him about her dismal life. Even though she was a qualified stenographer, the colour of her skin prevented her from attaining the job. Moved by her story, Parks photographed her. Little did he know that the picture would become one of his most iconic and recognisable images. However, Stryker wasn’t pleased. “Two days later, Stryker saw the image and told me I’d gotten the right idea but was going to get all the FSA photographers fired. That my image of Ella was ‘an indictment of America.’ I thought the image had been killed, but one day there it was, on the front page of The Washington Post,” he said.

This article originally appeared in August 2017 of Better Photography.