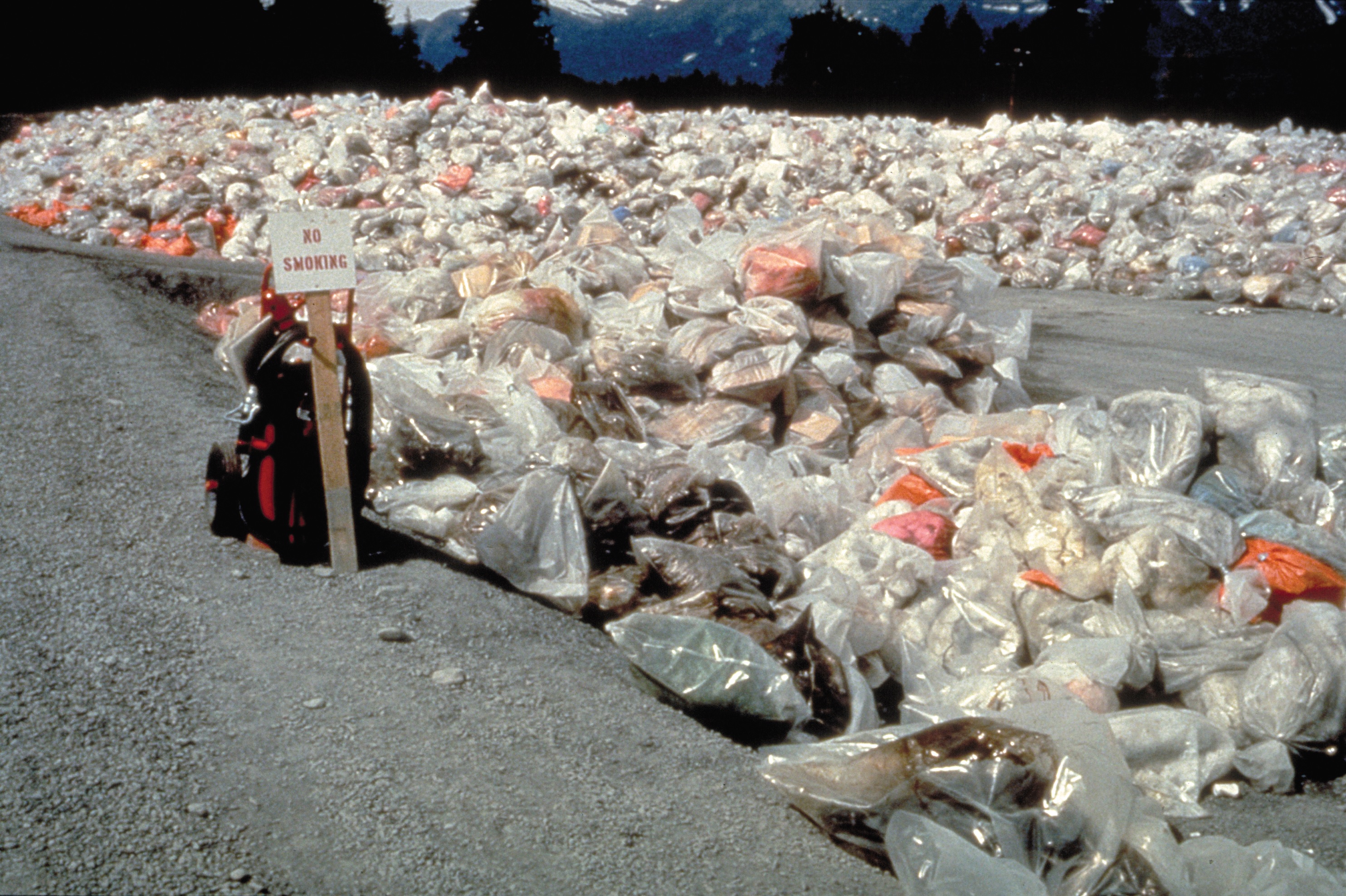 This photograph was taken in 1989, at a harbour in Valdez, Alaska. Valdez was where an ExxonMobil tanker began its brief journey before running aground on Bligh Reef, resulting in a collision that released 10.8 million gallons of crude oil into the virgin waters of Prince William Sound. The Valdez Trash Pile, as pictured above, was a deposit site for over 500,000 bags of oiled debris and animal carcasses collected by cleanup crews, as they skimmed, bio-remediated and hosed petroleum off Alaska’s rocky shoreline.

Valdez had been a small community with some 3500 residents, but due to its proximity and ease of access, ExxonMobil decided to set up its massive recovery operations there. And thus, in a dark twist of fortune, while seabirds, otters, whales and an entire fishing industry collapsed due to the thick film of oil, Valdez’s economy was jump-started by the waves of disaster management teams, environmentalists, and media persons that flowed in. Approximately 31,000 tonnes of oiled waste was collected over four summers.

Whatever could not be incinerated traveled to Arlington, Oregon, which was at the time home to one of the few hazardous waste landfills in the entire Pacific Northwest. While the pile eventually disappeared, the sight of thousands of greasy bags propped up against the postcard-like Alaskan Range, remained an unsettling memory for locals used to gazing upon glaciers and lush fjords. As H.P. Lovecraft once observed, irony is seldom absent from the greatest of horrors. The plastic that acts as a protective barrier in this picture, has now become the greatest nightmare plaguing our oceans.