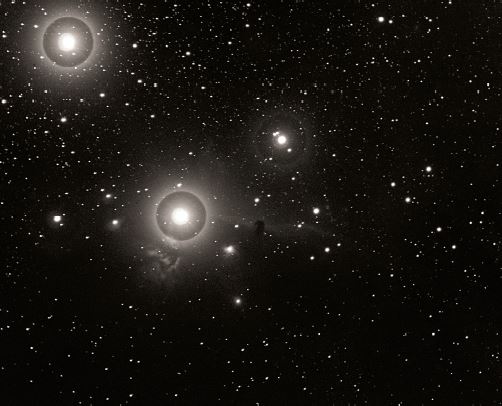 The Horsehead Nebula, one of the most familiar astronomical bodies, was first photographed by William Henry Pickering, at the Harvard Observatory on 6 February 1888. What’s intriguing though is that the astronomer had no intention of capturing it. The 90-minute exposure was meant to depict the Orion Belt, and it wasn’t until Williamina Fleming observed the strange formation under the first star of Orion’s Belt that anyone understood the significance of the image. She described it as “a large nebulosity, with a semi-circular indentation, intense and well-marked.”

Fleming had been the maid of Edward Charles Pickering, the Director of the Harvard College Observatory (HCO), at the time. After growing tired of the carelessness of his male assistants, he hired her in their place. She was in charge of a large group of women who analysed and computed the data that the Observatory collected, and went on to become the Curator of Astronomical Photos at the HCO. Unfortunately, while Pickering rightfully credited the discovery to Fleming, others didn’t share his sense of integrity and couldn’t stand for a woman to be recognised for her work in the field of astronomy.

This article originally appeared in the May 2018 issue of Better Photography.