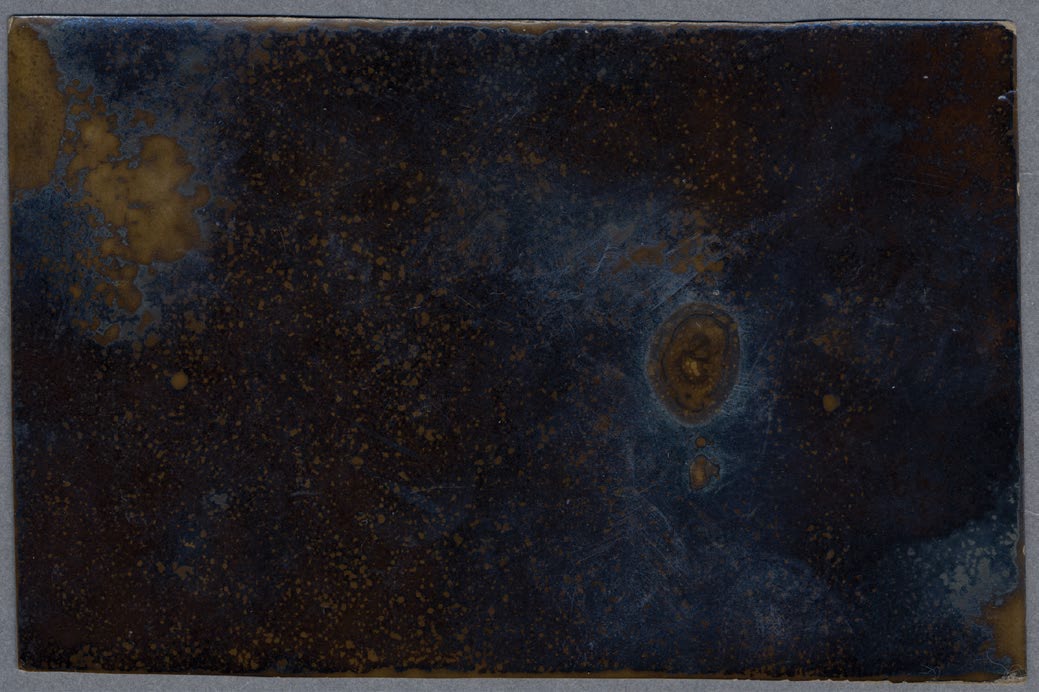 Have you ever wondered about creating photographs without a camera? When photography was still in its nascent phase, there were techniques being developed that enabled cameraless photography. One such technique was the chemigram process that only required chemicals and photographic paper to make an image. The origin of the technique is still unclear. However, the earliest surviving chemigram was created by a Swedish playwright, painter and photographer, August Strindberg. A man of many talents, Strindberg was drawn to the night sky and its ethereal beauty. He was a firm believer that cameras distorted the representation of reality, and so he turned to chemigrams. Between 1893 to 1894, he made sixteen photographs, intending to portray the stars in the night sky. He soaked the photographic plate in developing solution and exposed it to the sky. Calling them celestographs—to record or write (-graph) the stars or sky (celesto-)— Strindberg didn’t realise that it was the chemicals and dust that created the effects on the paper, and what he thought was a rendition of the night sky. His images however went unappreciated because people saw them for what they were. Regardless, Strindberg held on to his discovery of the technique that enabled him to capture stars and planets.

In 1956, almost half a century after Strindberg, Belgian artist, Pierre Cordier, accidentally discovered chemigrams, while writing a dedication with nail paint on photographic paper. He saw potential in the technique towards artistic expression and devoted his career towards its development. Today, he is known as the pioneer of the process, and most artists use his method to create chemigrams with the help of paint, oil or wax and silver gelatin bromide emulsion.

This article originally appeared in the September 2020 issue of Better Photography.