The deep blue of the sky in the background, contrasts perfectly with the bright hues of the mountains. Photograph/Tuhin Kanti Das

Ambarin Afsar shows you the significance of backgrounds and how they can completely transform images.

Soothing music, great actors and scenic locales instantly transport you to the place shown in a film. However, if the backdrop was dull and drab, then you would immediately lose interest in the movie. Similarly, if you have a great subject and a stunning concept, but a boring or distracting background, then the photograph loses its impact. Backgrounds can convey habitats, moods, colours and can even portray a few defining qualities of the main subject. Here are a few ways to ensure that your art direction is successful and that the backdrop turns out as stunning as the main subject.

Look Around You
Before you release the shutter, take stock of your surroundings. If you are shooting outdoors, then is there a particular object like a branch, tree, person, signboard or pole that is distracting? If you are shooting indoors, is there a distracting decorative piece, cluttered room or an empty, boring wall? These elements do not add anything to the frame and only subtract from it. You must have seen pictures where poles seem to be sprouting out of people’s heads or signboards seem to be coming out of their ears. To avoid such disasters, change your position, if you are shooting an immobile subject like a monument, a tree, a flower or even a vast shoreline covered with people and vendors. Alternatively, if you are shooting movable subjects like people or even tiny objects, try and get your subjects to move. This will to ensure that the frame is devoid of distracting or uninteresting elements.

Use What You Have

Often, while shooting in certain settings such as by the sea, in a park or at a fair, you do not have much control over the elements likely to move into the background. In such a situation, you can observe the activity around and predict when unwanted elements would move into the frame. A vendor might wander in your direction because your position happens to be in the path he takes while making his rounds. Children playing nearby might enter your frame because their toy has been thrown your way. An alert eye will help you avoid such distracting elements. You could even use slow shutterspeeds to transform the crowd or a passer-by into a blur. Voila! You would still get your perfect frame, albeit with a striking twist.

Convey Emotions with the Environment
The environment around you can be used innovatively to create strong messages and to evoke emotions. You can include the colourful Ferris wheel at a fair to convey a sense of gaiety and fun; while the soft, frothy sea or even seashells half-buried in sand could be used convey tranquillity and peace. Similarly, if you include sets of swings and other rides in a playground while making a portrait of a child, then such a vivid background easily establishes a sense of place. Even unusual elements like neon signboards, bright street paintings or graffiti and fluorescent electric lights can add an eccentric, whacky feel to your image.

Bright versus Dark
Do you know that colours have a great impact on human emotions? Similarly, the colours of the background in your photographs can affect the viewer. Blues and greens found in bright skies and dense foliage are soothing colours; while reds, browns, yellows and oranges found in earthy backgrounds, bright flowers and even architecture, can immediately draw the viewer’s attention. Greys, blacks and dark colours convey a sense of gloom and foreboding. However, you could try the time-tested combination of black against white to make your images look sombre, yet classy.

Employ Even-toned Combinations
If you shoot pink flowers in a glass vase against a pink wall, then the flowers will seem to merge into the background. Interestingly, while such similar coloured backgrounds might usually make a dull combination, they can work when you want to draw attention to a specific part of the image. For instance, a dark grey pigeon sitting on an orange parapet of a similar burnt orange wall will immediately catch the viewer’s attention. The lack of contrasting tones in the wall and the parapet lead the viewer directly to the darkly coloured pigeon.

Choose Dreamy Blurs or Great Detail
Sometimes, you might want to turn sharply textured backgrounds such as a group of trees into soft hues of one particular colour. You can simply use a wide aperture like f/2.8 or f/4 to throw these patterns out of focus. This can be extremely useful in scenes with cluttered backgrounds such as crowded restaurants, streets and boisterous festivals.Alternatively, you can use a narrow aperture like f/8 or f/16 to emphasise the details in the background along with the subject, to create a graphical quality in your image, especially when the background is an intricate piece of architecture.

Create Your Own Backgrounds
Sometimes, while shooting people on the street or capturing small objects like flowers, leaves and other still life, perfect backgrounds are hard to come by. Even camera settings may fail to help you achieve the uncluttered background you want. In such cases, you can carry a piece of black or white cloth with you, which can form an instant, clean background behind the main subject. While shooting a flower at twilight or dusk in the wild, you could hold a torch behind it. This would make the torch look like a dramatic, large, setting sun, instead of waiting for the real solar version to turn up.

The world is full of various scenes—lush outdoors, gritty interiors, warm homes and strongly characteristic streets. You need to find out the defining characteristic of a backdrop and understand its effect on your main subject. Remember that the background needs considerable attention and is more than just a prop—it is the backbone that can support and enhance your image. 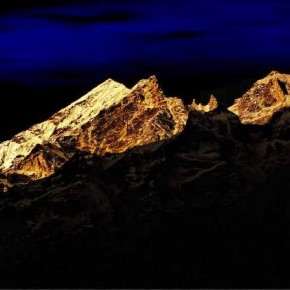 The deep blue of the sky in the background, contrasts perfectly with the bright hues of the mountains. Photograph/Tuhin Kanti Das 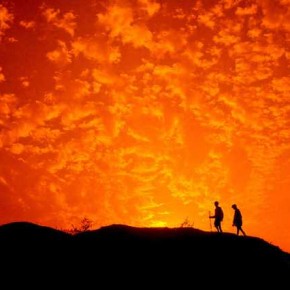 The warm reds and oranges of the sky alongwith soft clouds contrast vividly with the graphical silhouettes, making for a poignant composition. Photograph/Debashis Mukherjee 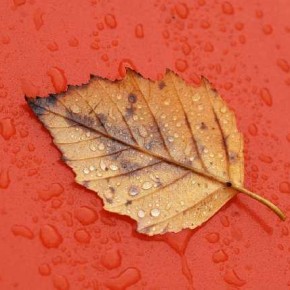 The wet surface of the background effectively conveys rain; while the red contrasts nicely with the warm yellows of the dry leaf. Photograph/Arvind Balaraman 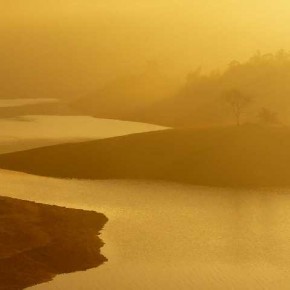 In this image, the mist gradually obscures the background, creating a sense of mystery. Photograph/Amirtharaj Stephen 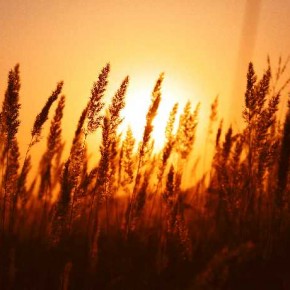 Without the setting sun in the background and the colours of the evening sky, the image would have looked like just another capture of a blooming field. Photograph/Yarik Mishin 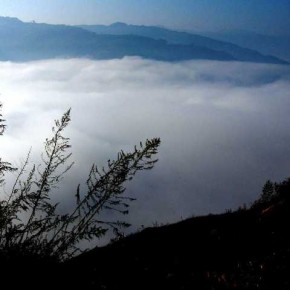 Layers of clouds, mist and distant mountains create a sense of depth in this image. Photograph/Dr Shivendra Kumar Kashyap 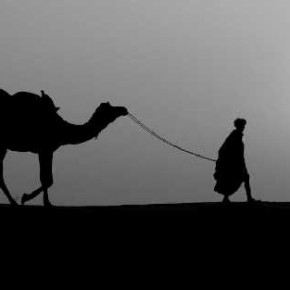 A simple empty background coupled with a silhouette gives the image a graphical quality. Photograph/Meghna Sejpal 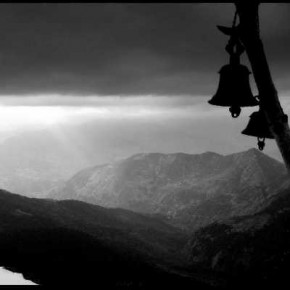 Interestingly, in this image, the background creates a frame around the bells, drawing immediate attention to the tiny trinkets. Photograph/Ankit Chawla 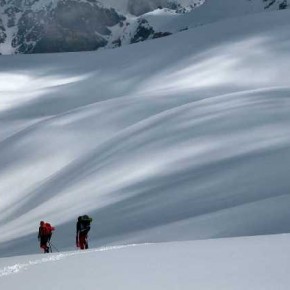 Tiny silhouetted figures against the expanse of white snow create a sense of scale in this image. Photograph/Rajib Ghose