With the constant barrage of visuals on social media, do you think that we lost our ability to understand beauty, truth, or the significance of a good image?

It’s a fact that we are bombarded with images on social media on a daily basis. The desire to increase followers and likes on posts and photographs on social media is almost like an obsession, particularly among the young population, who would go to any lengths to increase the popularity of their posts. But does it mean that we have lost the ability to recognise a good image and fail to comprehend the significance of the photograph? Can this regular deluge of substandard imagery on social media really destroy the art of photography? I certainly don’t think so.

There will always be a huge difference between a good image that was shot with an idea, as compared to a random one that often lacks any background or context. A strong photograph has layers, nuances, emotions, and talks to the viewer. The work of a photographer with an artistic vision will always be about sensitivity, instead of sensationalism, and will never be superficial. This difference will be very evident to any person with a basic sense of quality, and thus, I do not think that photography is under any threat due to social media. Rather, I think that social media has offered many amateur photographers a way to
showcase their talent and hone them. Sub-standard quality imagery is bound to occur due to the ease of access to cameraphones, but merely owning a camera does not make one a good photographer. 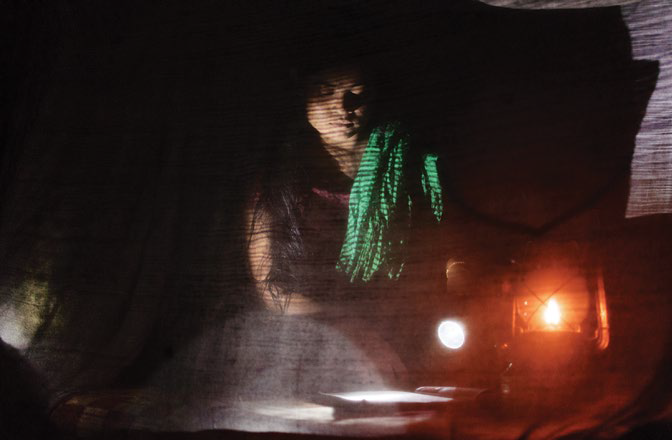 Life in the Polka Dots. Madhabi Barman, 19, studies under a lantern and torchlight, at her home in Kishamat village, near the India-Bangladesh border. The image has vision, a storyline, and emotions, thereby enabling viewers to think for themselves. Photograph/Smita Sharma