A View that Lasts 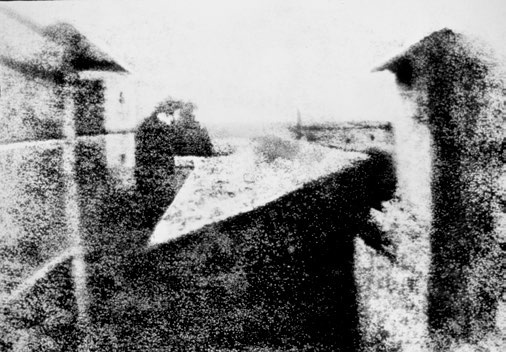 Nicéphore Niépce’s interest in lithography (but lack of artistic ability) lead him to grow fixated with creating a permanent image by using the camera obscura. In letters dated to 1816, Niépce informed his sister-in-law that he had succeeded in making small camera images on paper coated with silver chloride. However, he was only able to procure negatives. He made, what is considered the first permanent photographic image in 1822, using a process he called heliography. After numerous experiments, he succeeded in capturing and preserving a real-world scene onto a pewter plate, thinly coated with a naturally occurring asphalt.