Ghanshyam Kahar gives us a glimpse into the wedding he shot for a tribal community in Bhakatgarh, Madhya Pradesh. 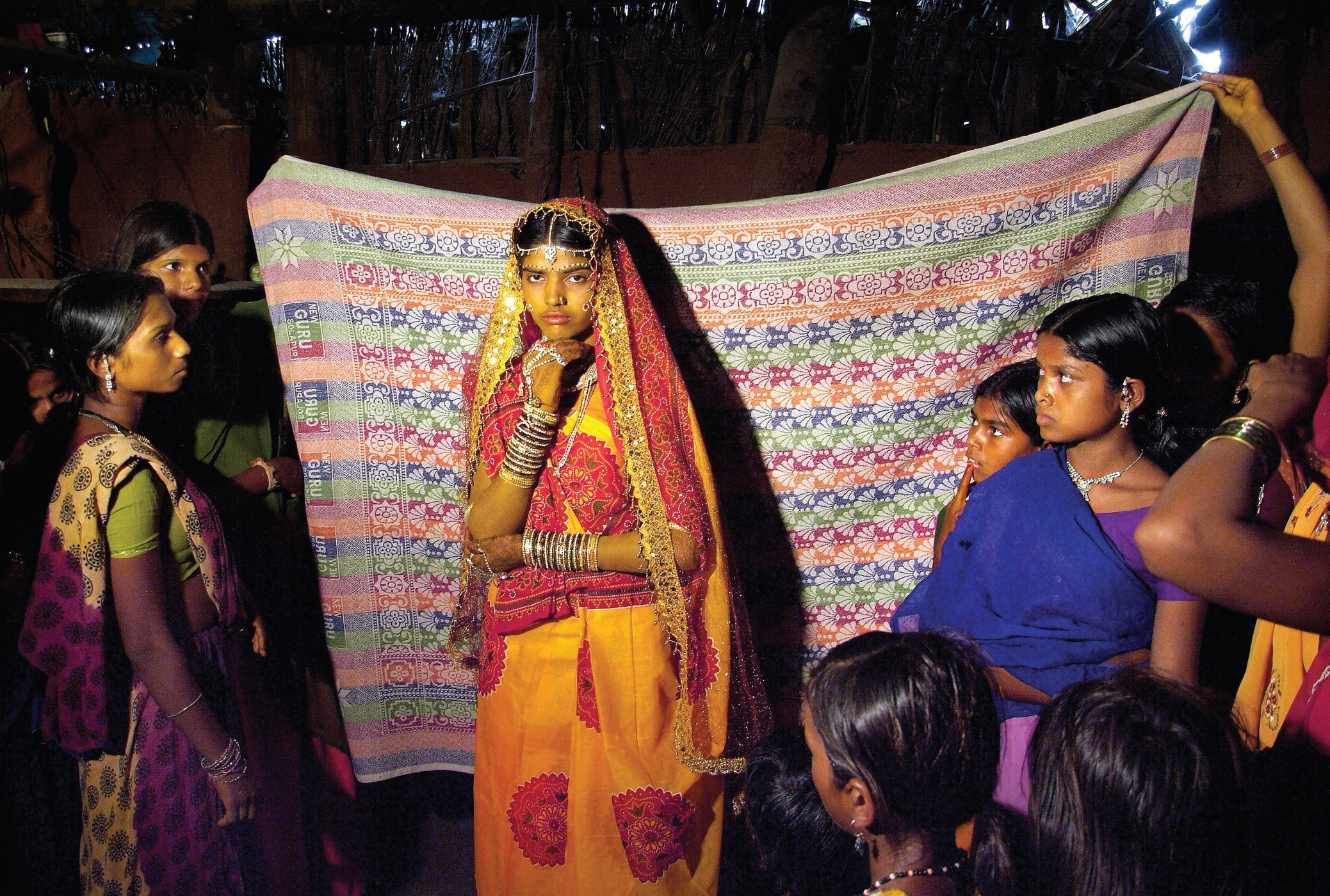 The bride after the completion of the ceremonies on the first day. Photograph/Ghanshyam Kahar 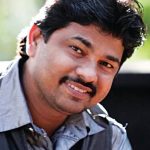 Photographing their wedding day is not even in the scheme of things for these tribal families living in Bhakatgarh. Only a handful of the richer segment can afford to hire a local photographer. But essentially, it is quite literally the opposite of any of the ‘big fat Indian weddings’ in the country today. These weddings are carried out with extremely modest facilities… the wedding band, the feast, the transportation and the venue. Their rituals are also extremely grounded and fulfills only the essentials of a traditional Hindu wedding. 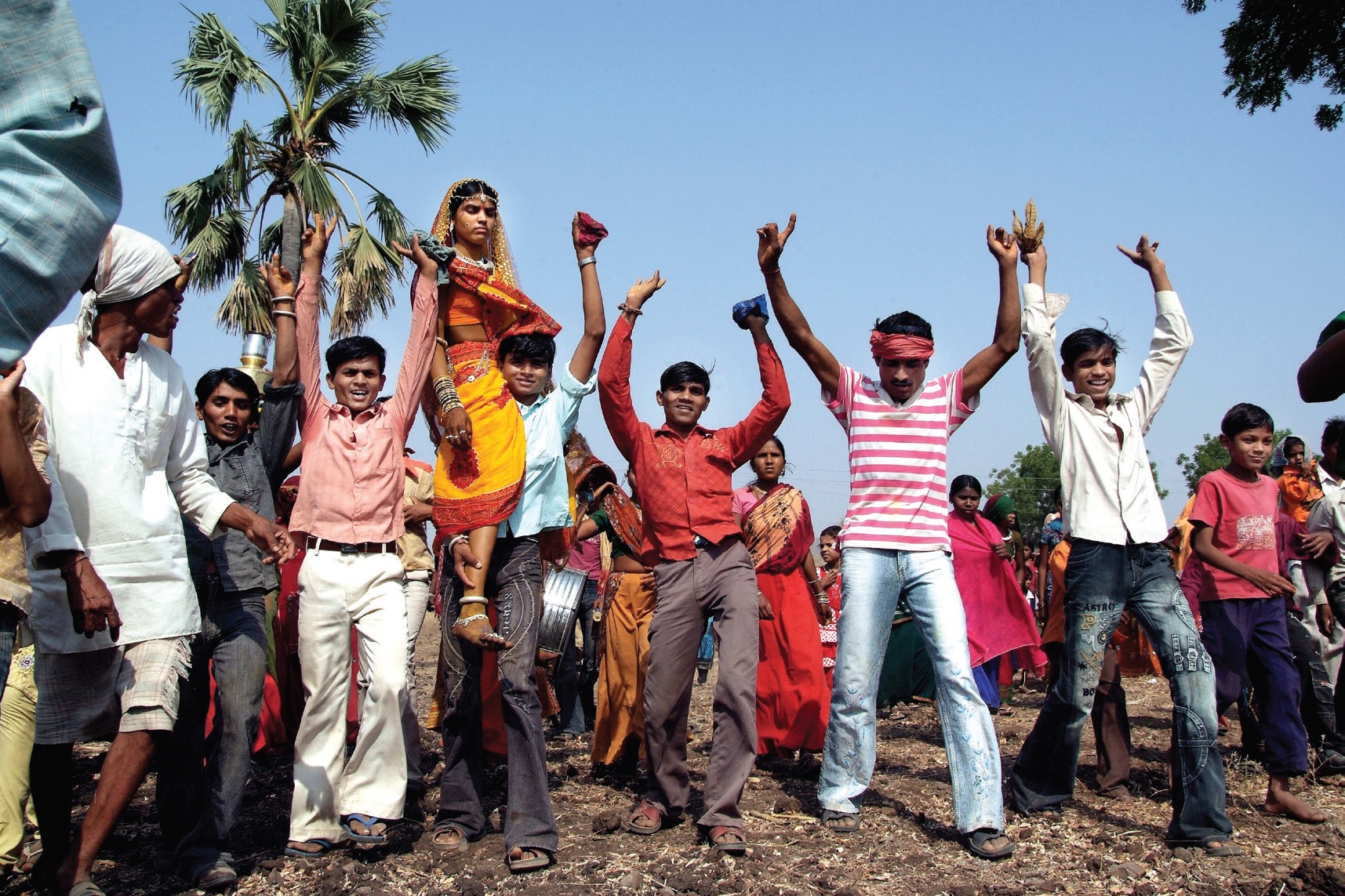 The bride’s brother carries her into the mandap, while the rest of the family rejoice. Photograph/Ghanshyam Kahar

Having documented several weddings before this, ranging from the big-budget weddings to even documenting child marriage, I was extremely eager to shoot a tribal wedding now. I was directed to this wedding by the royal family of Bhakatgarh. The bride was their household help, and said to have been one of the chirpiest girls in the village. I had my own range of culture shocks during the entire event, but what frustrated me the most was that even after shooting the entire wedding, I was unable to get a single photograph of the bride smiling. After some inquiry, I was told that any display of enthusiasm from the bride’s end is frowned upon within the community. 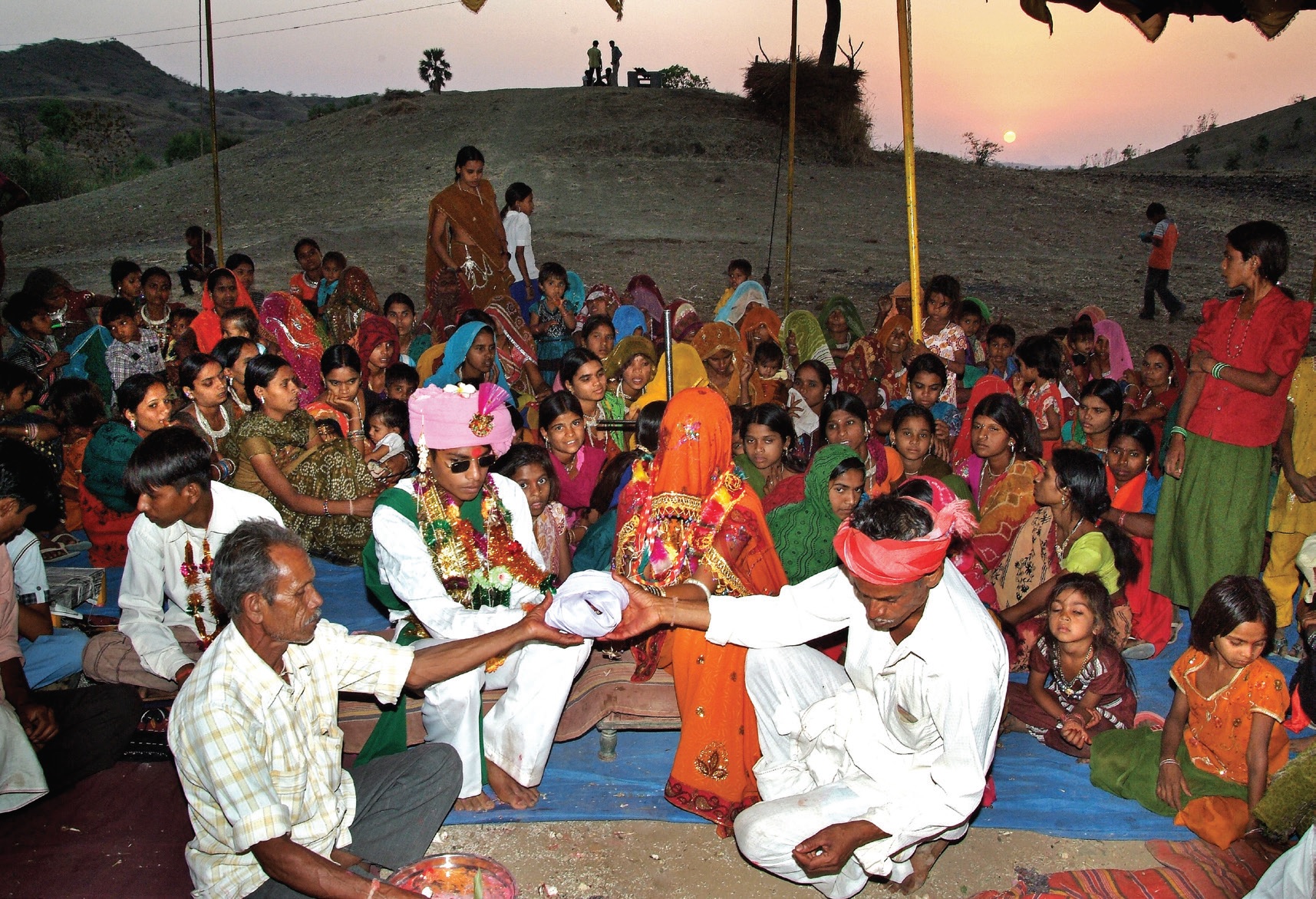 Pleasantries are exchanged after the tilak ceremony. The bonfire is lit and the couple’s clothes are knotted. After this, the pheras are performed. Photograph/Ghanshyam Kahar

I shot this wedding in 2011, when cellphone photography had taken a decent grounding in the country, thus familiarising people with the idea of being photographed. Therefore, no one was intimidated by my camera. Although in the beginning, the villagers were a little shaken by my presence, they quickly got over their inhibitions, once they understood why I was there.

-As told to Vedika Singhania

Ghanshyam Kahar first picked up the camera as a teenager just out of school, at his uncle’s studio. However, photography is only a small fraction of his love for art. He is also a sculptor and a painter. This enables him to often integrate his visual style and overlap them with each other.

This article was originally published in the November 2017 issue of Better Photography. 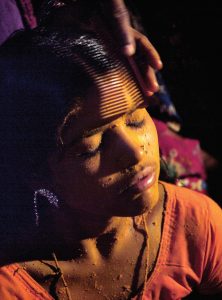 This is the traditional haldi ceremony like its performed in Hindu weddings. The friends of the bride here are seen completing her makeup. Photograph/Ghanshyam Kahar 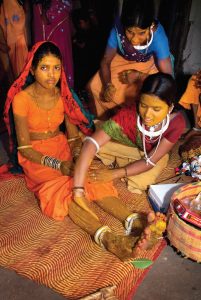 On the first day of the ceremony, the walls of the hut are painted yellow. The bride too is masked with haldi and her hair is covered with mango leaves. Photograph/Ghanshyam Kahar 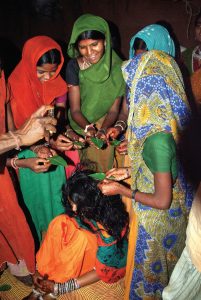 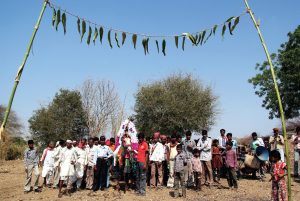 string of mango leaves called toran is hung. The ceremony, locally known as sibvun, requires the groom to touch the toan with his sword. Photograph/Ghanshyam Kahar 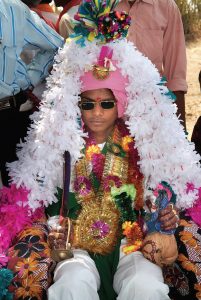 The villagers receive the baraat, and perform a few more rituals. The bride’s family welcomes the groom by feeding him sweets and washing his face. Photograph/Ghanshyam Kahar 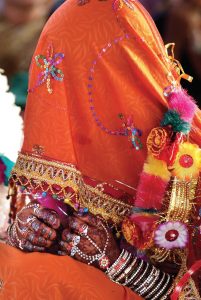 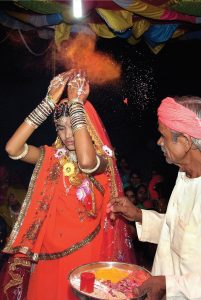 The bride goes back to her family home for three days, where she waits for the groom to receive her, This is her final bidaai. Photograph/Ghanshyam Kahar 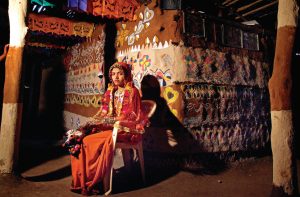 Portrait of the bride in her wedding dress. Photograph/Ghanshyam Kahar