A Symphony of Summits 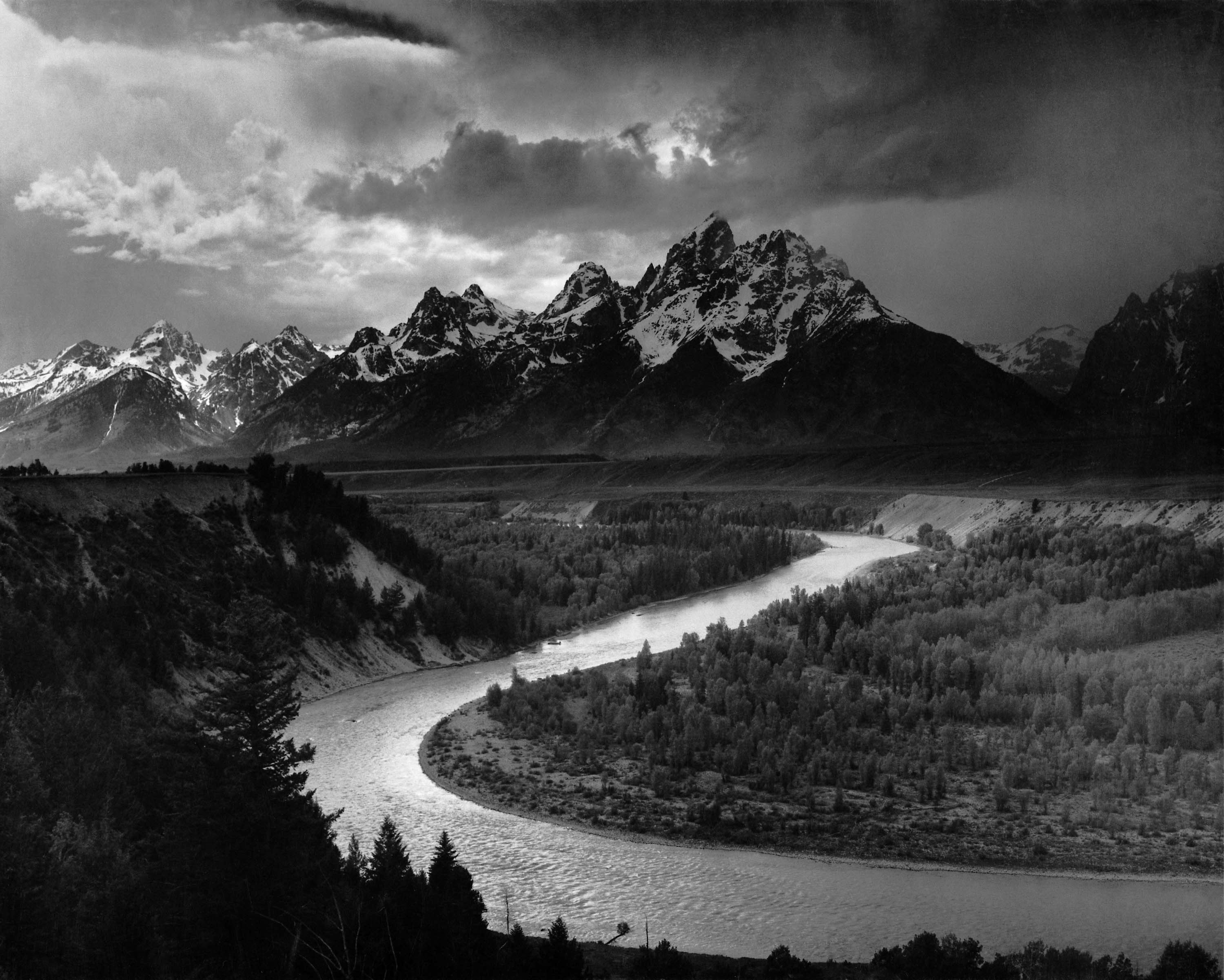 There is a certain mesmerism in the landscape photographs by Ansel Adams, and The Tetons and The Snake River is a suitable illustration of that. Made in 1942 at the Grand Teton National Park in Wyoming, USA, the image has since been used to advocate for the conservation of the American wilderness. Like all of Adams’ celebrated work, it is a technically precise image that offers insight into the Zone System devised by him and Fred Archer to calculate ideal film exposure and development. Adams’ work, at the time, was not devoid of criticism, as some disapproved of his depiction of a nature untouched by man, calling it idyllic and untrue. Henri Cartier- Bresson once remarked, “The world is going to pieces and people like Adams and Weston are photographing rocks!”

In 1968, however, he was bestowed with the Interior Department’s highest civilian honour, the Conservation Service Award, and in 1980 he received the Presidential Medal of Freedom, for “his efforts to preserve this country’s wild and scenic areas…” This breathtaking vision of the Tetons is also a part of The Golden Record onboard the Voyager 1 and 2 spacecrafts.